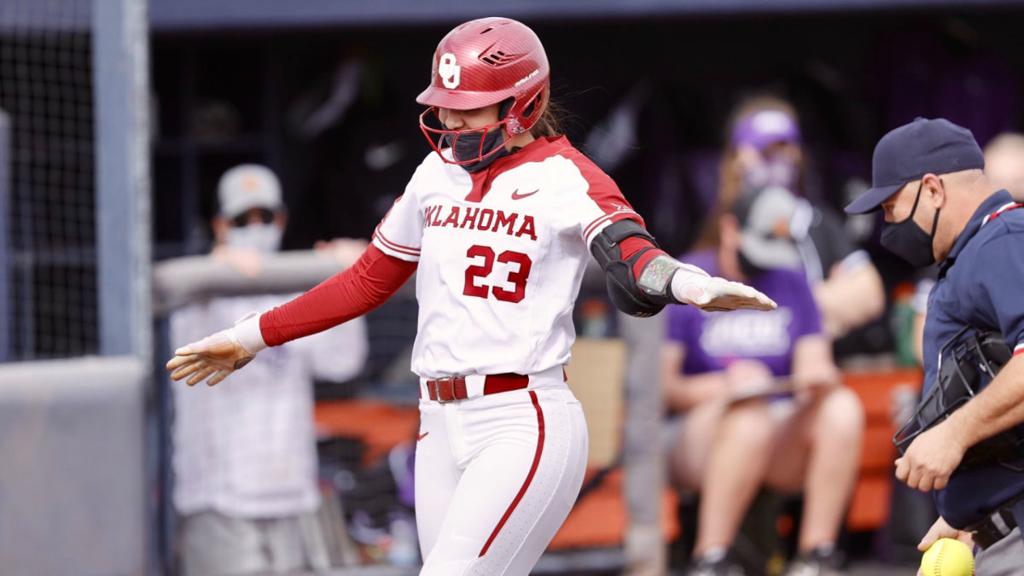 LOUISVILLE, Ky. – University of Oklahoma’s Tiare Jennings was named the 2021 NFCA / Schutt Sports Division I National Freshman of the Year, the Association revealed during a live virtual presentation co-hosted by USA Softball on Tuesday night.

Jennings, the third Sooner to win the award, is one of many catalysts for the high-scoring OU offense. The Big 12 Freshman of the Year homered three times in her first collegiate game and continued to showcase her power in 2021. She is the nation’s top run producer with 84 RBI and 1.42 runs scored per game. Jennings, a top-10 finalist for USA Softball Player of the Year, also ranks in the NCAA’s top five in slugging (2nd / 1.059), home runs (t-2nd / 25), doubles (3rd / 22), hits (4th / 82) and batting average (.485). Hailing from San Pedro, Calif., Jennings flashes the leather at second and third base. She has made just three miscues in 106 chances for a .972 fielding percentage.

Joining Jennings as top three finalists were Clemson’s Valerie Cagle and her Sooner teammate Jayda Coleman. It marked the second time (2016 - Amanda Lorenz & Kelly Barnhill - Florida) two student-athletes from the same program were in the top three. Prior to the announcement, Lorenz had a message for the finalists.