Inside Day 3 of the NCAA Women's Basketball tournament

CATCHING YOU UP ON WHAT YOU MIGHT HAVE MISSED. 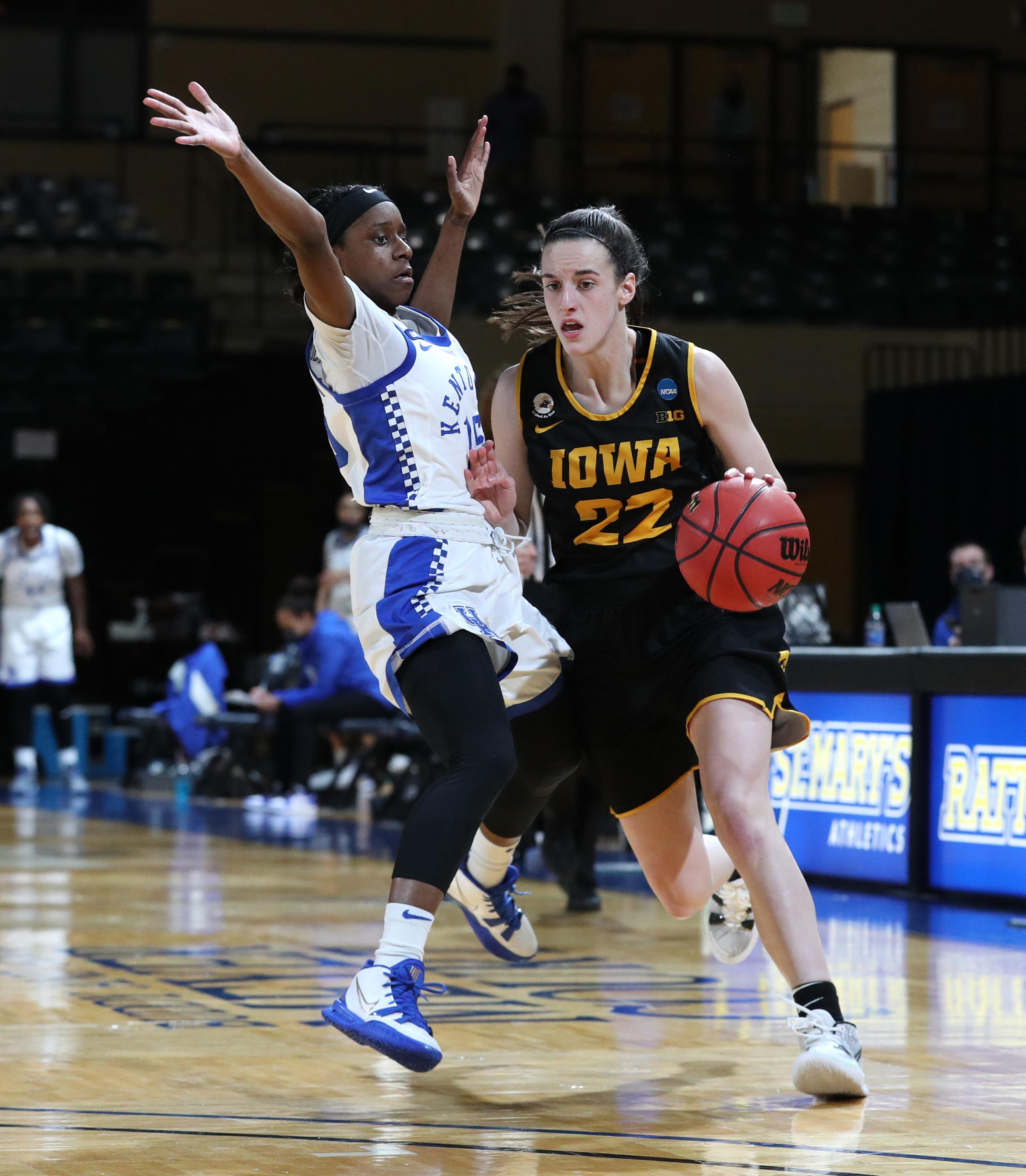 Clark put the basketball world on notice, propelling No. 5 Iowa to an impressive 86-72 route over No. 4 Kentucky in the second round of the River Walk Region. The freshman phenom, who led the nation in scoring at 26.7 points per game, finished with 35 (most points by a Hawkeye in the NCAA women's tournament) on 13-of-21 shooting.

A dynamic guard, Clark dominated the first half in every facet of the game, as the Hawkeyes jumped out to an 11-0 lead which eventually grew to a 27-point lead at half. Clark outscored the entire Wildcats roster 24-22, alongside five rebounds, four assists, one steal and one block.

For Clark and Iowa, the win marks their second straight Sweet 16 appearance (eighth in school history) and sets up a matchup with star freshman Paige Bueckers and No. 1 UConn. 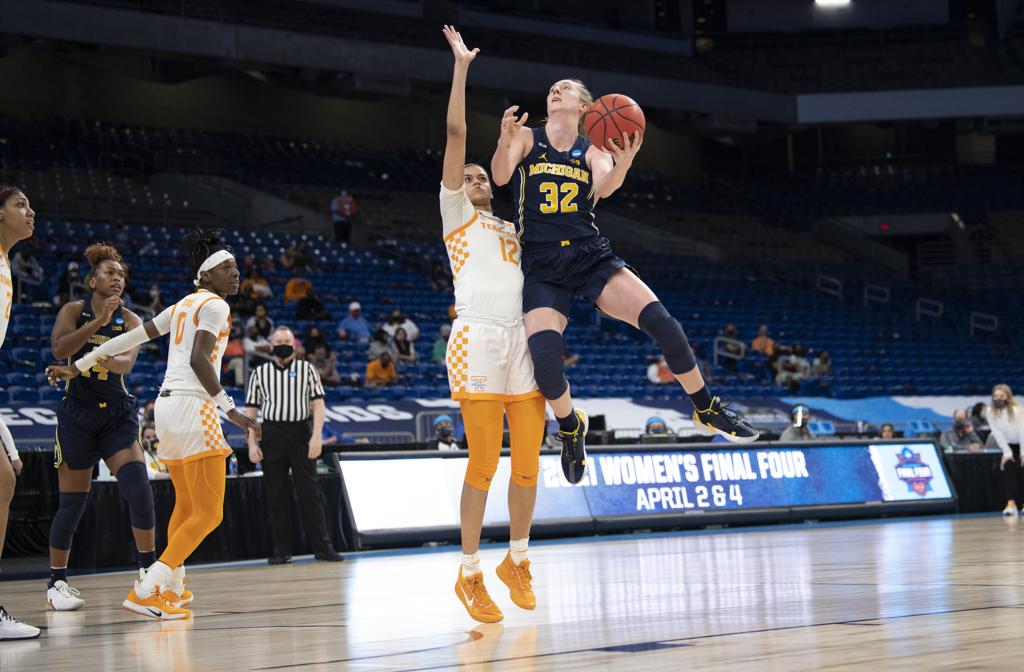 Despite a significant size disadvantage, No. 6 Michigan out-rebounded No. 3 Tennessee 42-40 to cruise to a 70-55 upset win in San Antonio.

The Wolverines had just one starter listed above 6-foot-1, yet out-hustled the Volunteers, who ranked fifth nationally in rebounding margin.

As a result of stingy ball pressure, Tennessee failed to generate any flow on the offensive end. Michigan, however, was led by three players scoring in double figures.

Naz Hillmon, Big Ten Player of the Year, notched a double-double with 19 points and 15 rebounds. Leigha Brown scored a game-high 23 points and shot a perfect 11-for-11 from the free-throw line. Hailey Brown spaced the floor, knocked down four 3-pointers and added in 14 points.

The Wolverines, who stumbled into the NCAA Tournament after losing four of their final six games, reestablished their early-season mojo and advanced to the Sweet 16 for the first time in program history. 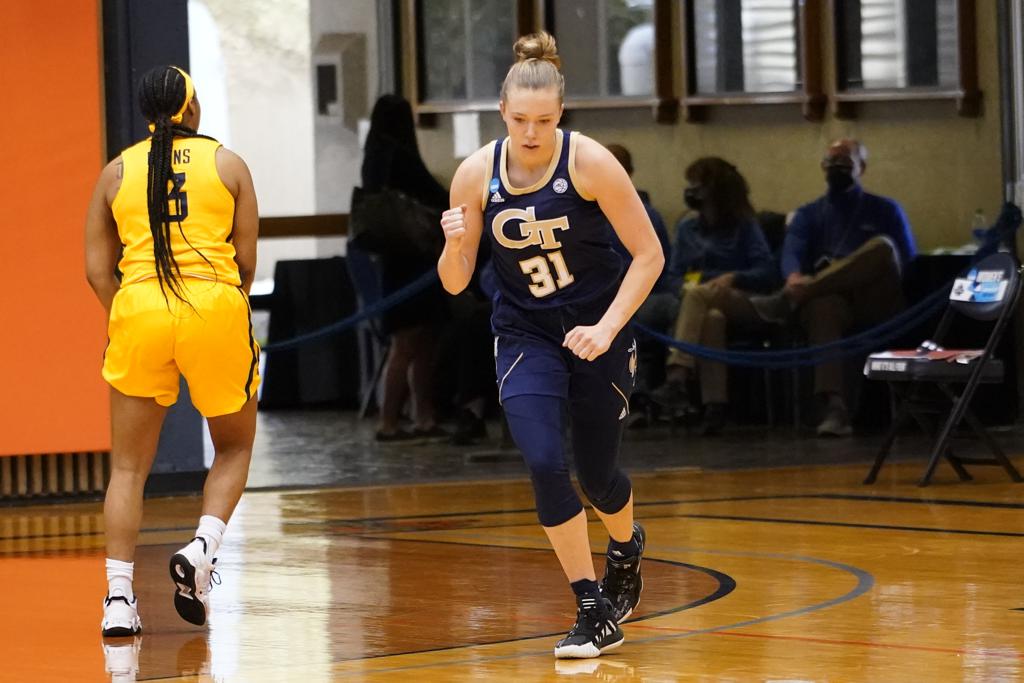 Head coach Mike Carey and the Mountaineers fell short of the program’s first trip past the second round of the tournament, as the Yellow Jackets pulled away for good in the third quarter to seal a 73-56 win.

The loss not only prolonged the Mountaineers’ 29-year Sweet 16 drought, but it extended Carey’s NCAA Tournament second-round losing streak to nine.

After erupting for 26 points in the Mountaineers’ opening-round win over Lehigh,honorable mention AP All-America selection Kysre Gondrezick, managed to muster only three points on 1-of-6 shooting.

Georgia Tech, on the other hand, was scorching hot on the offensive end, shooting 51.8% from the field, including a 22-9 third quarter run that gave the Yellow Jackets a comfortable 17-point cushion.

The Yellow Jackets advance to take on No. 1 South Carolina in the Sweet 16.

After holding Virginia Tech to 30.2 % from the field and forcing 16 turnovers, reigning women’s national champion Baylor clinched its 12th consecutive NCAA Sweet 16 with a 90-48 victory.

Queen Egbo put up 12 points and 13 rebounds, along with a ridiculous seven blocked shots for the Lady Bears (27-2).

With All-American forward NaLyssa Smith on the bench, the second-seeded Lady Bears stretched their lead to double digits and never looked back. Moon Ursin and DiJonai Carrington both dropped 21 points apiece, as the Hokies could not find rhythm in any facets of the game. 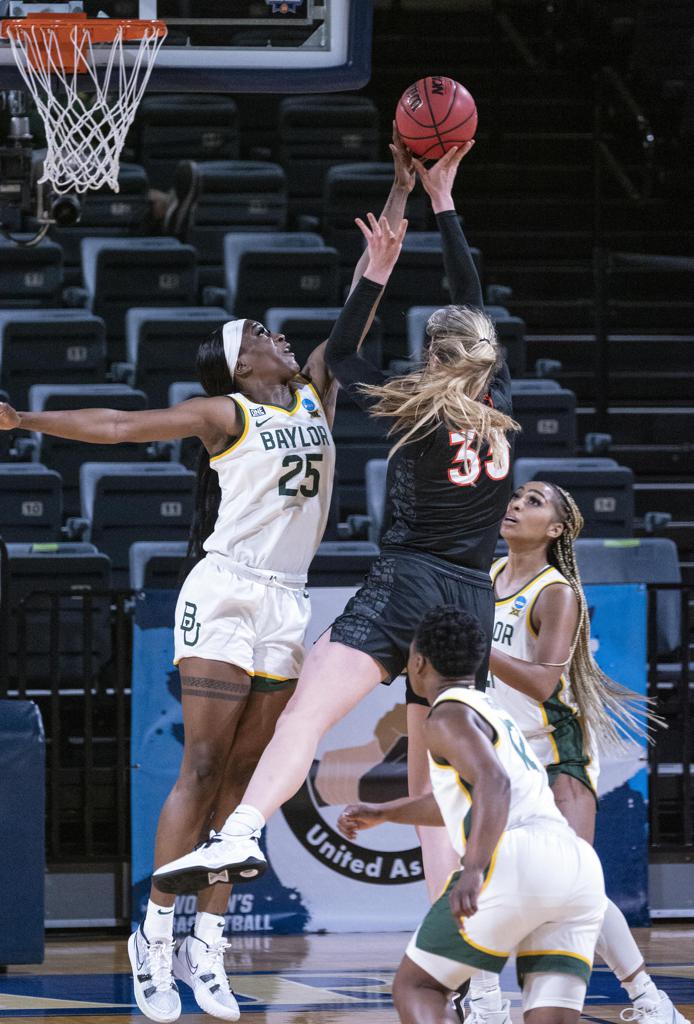