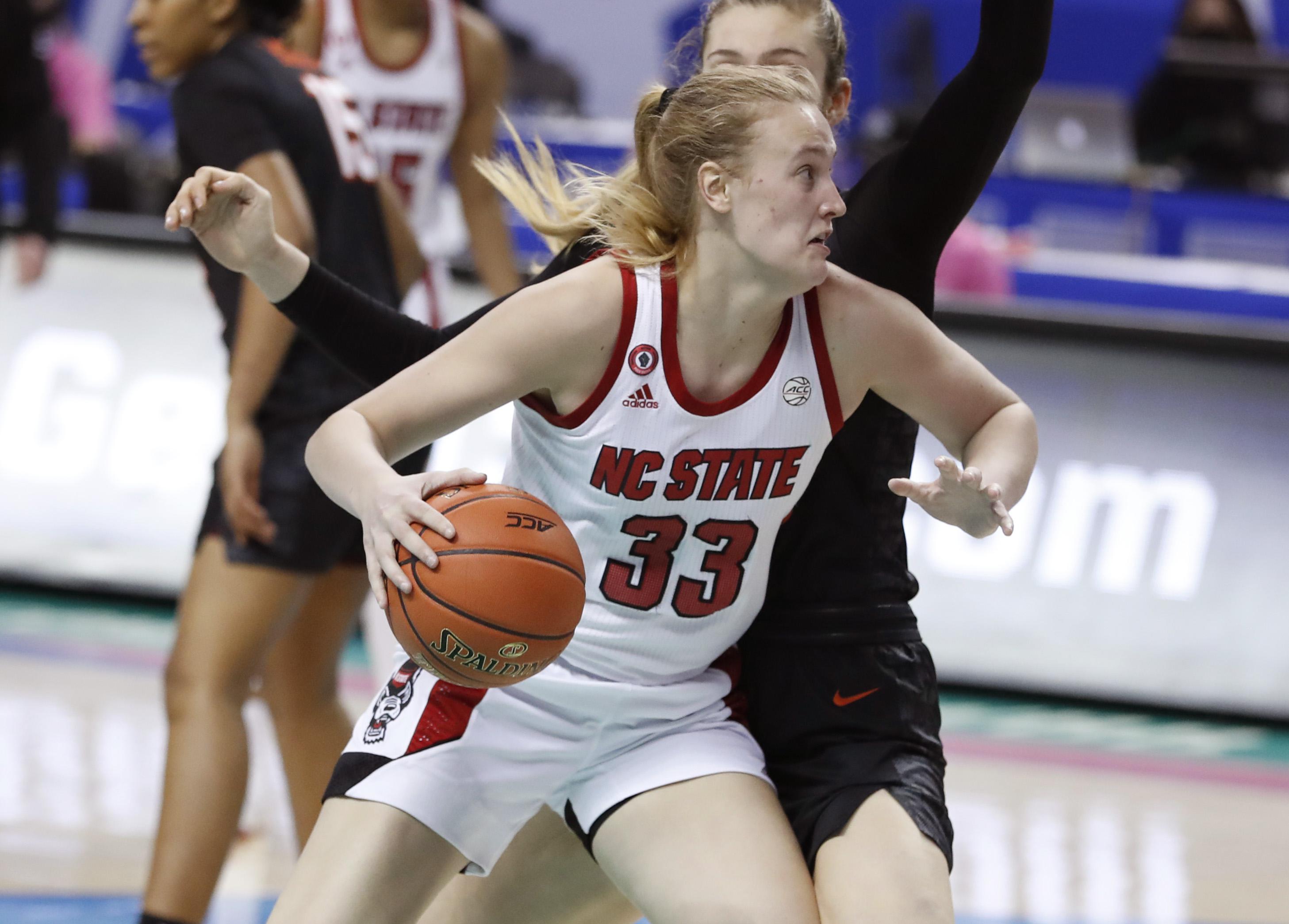 The National Ballot consists of student-athletes who are candidates for the Wooden Award All-American Team and the Wooden Award Trophy that recognizes college basketball's Player of the Year.

Cunane is a consensus First Team All-ACC honoree this season,  She is the centerpiece to the Pack's four-out, one-in system that has put together an 18-2 record and is set to play in the ACC Tournament semifinal for the fourth year in a row.

Cunane averages a team-leading 16.2 points, 8.1 rebounds and 56.6 percent (103-of-182) shooting. All of those numbers rank in the top seven in the league, with her field-goal percentage ranking 18th in the nation. She puts up those averages with 25.6 minutes per game.

Nearly 1,000 voters will cast their ballot from March 16 to March 23, taking into consideration a player's entire season of play as well as the opening rounds of the NCAA Tournament. The finalists for the 2021 Wooden Award will be announced on March 26.