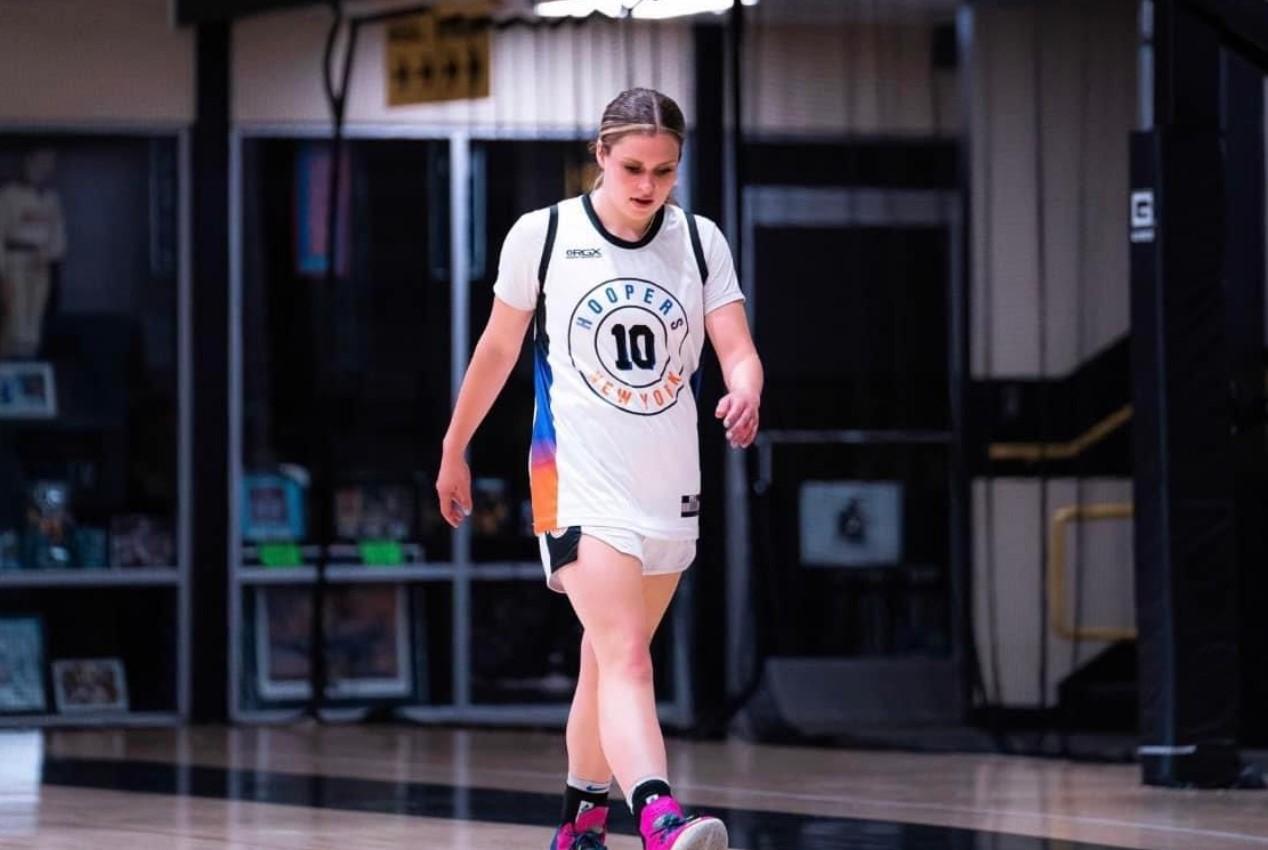 2023 Nicole Melious @HOOPERS_NY is without a doubt one of the best  female shooters in the country at any level. Her range is from half court. S he has her famous two dribble step back fade. Aside from being a top shooter, Melious is one of the most gifted offensive players we have ever seen in High School Girl's Basketball. She's a 3 level scorer who is crafty and ambidextrous at the hoop, often being called  the female Luka Doncic .

Nicole Melious is a Senior at Susan Wagner in Staten Island. So far she is 2x  Jaques Award Winner (MVP). In addition she is the reigning New York  Player of the Year by the New York sportswriters. In a little more then 2 full seasons she has amassed over 2,300 pts which makes her Susan Wagner's all time leading scorer and Staten Island all time girl's leading scorer. Also,  Nicole has set single season record for most points in a season (1,046). Last  season, she averaged 39.1 ppg, 10.5 rpg, and 7.7 apg. and this season Melious is at 43.5 ppg, 14.5 rpg, and 6 apg .

Melious has evolved from a good spot up shooter to an elite scoring machine. She could not only play at Lasalle today but probably start and be their best offensive weapon.

Melious legacy is being written every game in the record books  and she wins.

She has led her team to 3 Staten Island PSAL AA titles including a trip to the Barclays Center where they lost to New York's girls's basketball high school powerhouse South Shore.

We have seen Nicole do some amazing things on the AAU circuit, by putting on a show versus the Sweeden National Team (32 pts, 10 rebs, and 7 assists) or putting up 50 points multiple times. In high school last year she had 57 points on opening and put up a  40 piece vs South Shore as a Freshmen. In the Rose Classic she had having multiple 40 pt games, showing out at the legendary Rucker Park and Dykman Park.

Nicole was all set for GA Tech in the ACC when tragedy struck, her mom had heart failure and needed triple valve replacement surgery with a pacemaker.

Nicole made the mature choice to stay close to home. Nicole opted to attend  LaSalle University in Philly, mere 90 min from home .

What nicole will bring to LaSalle is a winning pedigree, leadership and work ethic  she had her entire life (2 cyo state titles for st teresa in staten island , keeping the hoopers in the win column the last 7 years and leading wagner to nyc championships).

Nicole will undoubtedly lead LaSalle to the NCAA Tournament .

According to Hoopers NYC director Bryan Williams, Melious #10 AAU jersey is retired and he said Nicole will keep proving people wrong. She will be a pro. She's the best shooter/scorer he has ever seen in 20 years of girls basketball and according to according to Wagner HS Head Coach Tom Rizzo, she's a generational talent.

Staten island, NYC stand up for her last dance!  Like Sinatra said, "she did it her way."