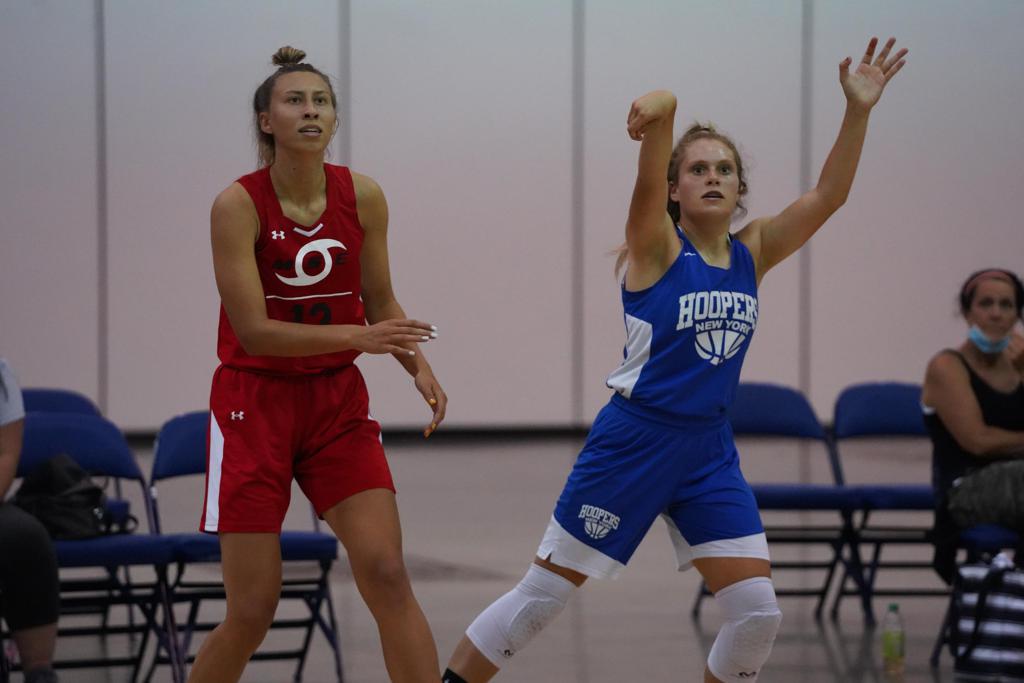 2023 Nicole Melious has had an outright historic season. She broke the state record for points in season set by Andra Espinoza-Hunter, who is currently a star player at Seton Hall.    Melious currently stands at 1,019  total points with 1 game left, topping Hunter's 995 points.

Melious is known for her scoring, usually from way behind the arc, but this past year she has become a 3 level scorer, dynamic playmaker and defender.  She is becoming an ACC player before our eyes.

Melious was runner up for Gatorade player of the year and many felt she deserved it or at least a share of it .

Melious is on her way to rewriting the record books in NYC scoring and her hometown of Staten Island. She won the Jaques Award as a Freshman, which was the first time in history and she made all-state as freshman held 57 Division 1 before playing a High School game.

Nicole Melious will be playing this spring for the Hoopers Ny and Bryan williams for the last time.

Staten Island should be proud of the player that put them on the basketball map. Terms like generational , phenom,  baby Curry, and baller have all be said about Nicole. But the one that stands out to us is Winner. In three years, she’s lost only four times thus far . She is the fastest player to 1,000 points in Staten Island history and is about to hit 2,000 points even quicker. She is also approaching 400 assists and 400 rebounds . She does what’s needed to win games.

Nicole is also mentally tough, having played this season through her moms heart failure, who recently had open heart  surgery to replaced 3 valves. During this time, Nicole led her team to 2 playoff wins and come tomorrow will be playing for a PSAL title. She is a special talent and person .

Nicole Melious is a Georgia Tech commit and come November will sign to play with Coach Fortner of Georgia tech .

Seems fitting, these two winners met and will do great things together.

She is an easy person to root for. In NY terms, she is Staten Island Derek Jeter... She just works hard and lets play do the talking.