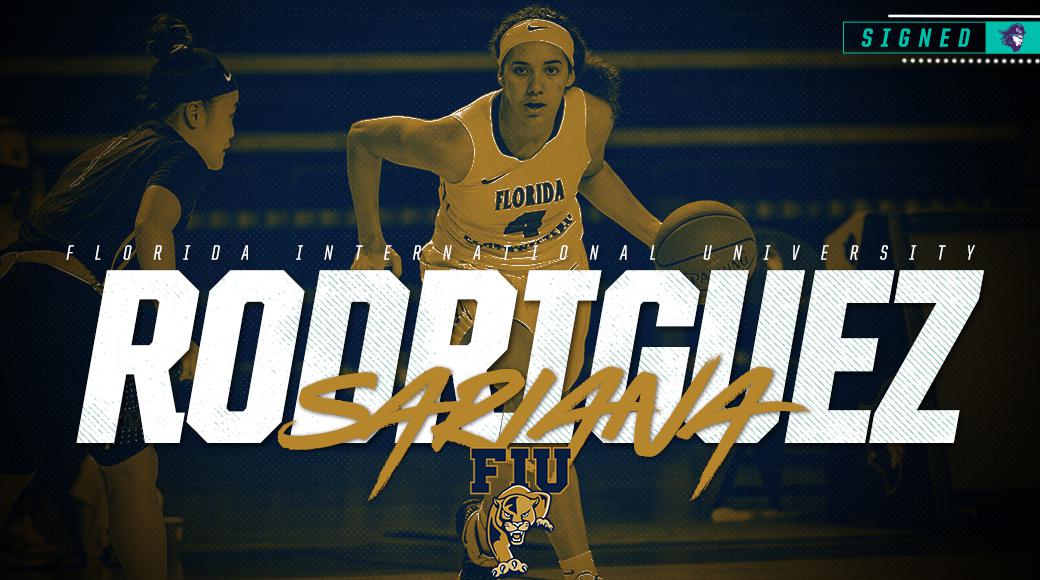 FORT MYERS, Fla.- Florida SouthWestern sharpshooter Sariana Rodriguez will be staying in South Florida the next couple years after signing her National Letter of Intent to play at Florida International University next season, Wednesday in the hospitality suite at Suncoast Arena.

Rodriguez averaged 5.4 points per game a season ago as a freshman for FSW, shooting a team best 43% from the three point line.  She scored in double figures four times on the season including a career high 16 against Miami Dade in which she went a perfect 4-4 from three point land.  So far in 2021 she has put up 8.5 points per game for the Bucs through two contests, playing an average of 29 minutes per game for the Nation’s 19th ranked team.

She will join an FIU squad who made a huge leap last season, more than doubling their win total from the previous season as they went 15-13 overall and 8-8 in Conference USA action.  The Panthers won three postseason games including a pair at the Women’s Basketball Invitational to finish as the consolation champions.