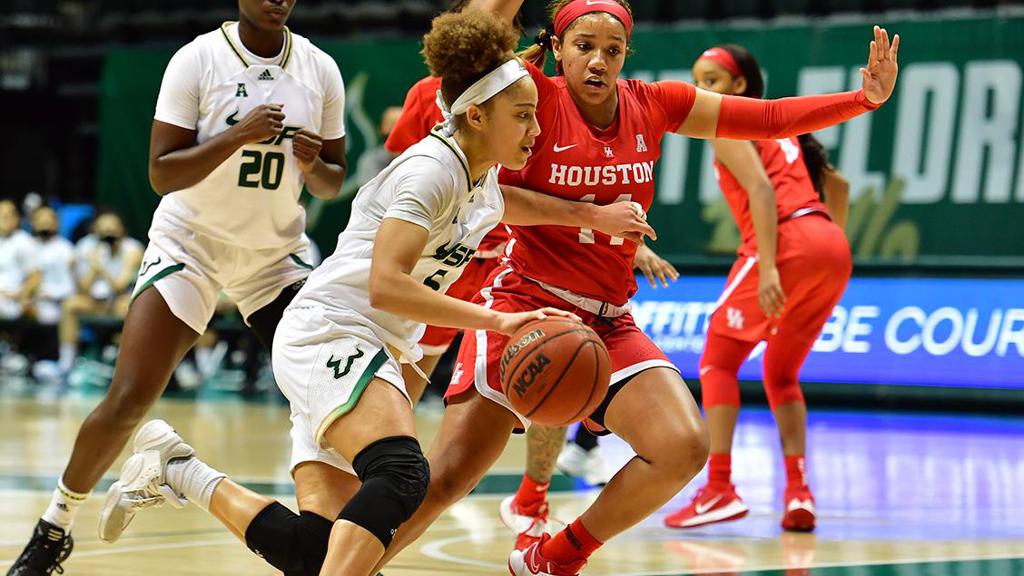 Elena Tsineke / South Florida
Tsineke, is the Bulls' top returning scorer and turned in another marquee season for South Florida, establishing herself as one of the premier players in The American and one of the top young shooting guards in the nation. She was named to The American All-Conference First Team at the conclusion of the 2020-21 campaign after averaging a team-high 13.6 points per game – good enough for eighth in the conference – 2.2 rebounds per game, and 1.8 assists per outing. She was also selected to the AAC All-Tournament Team, averaging 13.3 points per contest in the three games.

Kiara Lewis / Clemson
Lewis, a graduate transfer for the Tigers, is a native of Chicago, Ill., who came to Clemson after playing for Syracuse. Last season, she started in 24 games for the Orange, earning All-ACC honorable mention accolades. Lewis had 16 double-digit scoring performances and seven 20-point games while averaging 14 points a contest. In her junior season, she was named First Team All-ACC for the Orange. She enters this season with 1,402 career points.

Christyn Williams / UConn
Williams averaged 16.3 points per game last season while helping the Huskies to their 13th straight NCAA Final Four. She was named to the NCAA Tournament River Walk All-Region team and BIG EAST All-Tournament team and was an All- BIG EAST First Team selection.

Azzi Fudd / UConn
Fudd comes to Storrs as the No. 1-ranked recruit in her class. She was named the 2021 Morgan Wooten High School Basketball Player of the Year and was the first-ever sophomore to be named Gatorade National Player of the Year in 2019. Fudd was also a 2021 McDonald’s All-American.

Katie Benzan / Maryland
Benzan led the country with her three-point field goal percentage of 50.0% (93-186) and averaged 12.7 points per game in her first year at Maryland. She set the Maryland program record with nine made three-pointers vs. Iowa (Feb. 23) and scored in double figures in 26 of 29 games.

Jakia Brown-Turner / NC State
Brown-Turner enjoyed a decorated sophomore campaign in 2020-21 as she was named an Honorable Mention All-American by the Associated Press and was a Consensus First Team All-ACC honoree. The Oxon Hill, Md., native averaged 13.5 points, 5.0 rebounds and 2.4 assists per game while shooting 44.2 percent from the floor and 37 percent from downtown.

Jordan Horston / Tennessee
Horston, a 6-foot-2 native of Columbus, Ohio, averaged 8.6 ppg., 4.2 apg., 3.9 rpg., and 1.4 spg. while starting 13 of 25 games as a sophomore in 2020-21. She scored in double figures 14 times a year ago after only doing so five times as a freshman and hit for 10 or more points in four of her last five games. Horston's 4.2 apg. number tied for third in the SEC, and she was the only non-upperclass performer within the top 13. She owns a 4.41 career assist average and ranks No. 4 through her first two seasons on Rocky Top.

Destiny Pitts / Texas A&M
This marks the third time that the Detroit native has been named to the prestigious watchlist. Pitts in her first season at A&M, walked away as the 2021 Southeastern Conference Sixth Woman of the Year. She is known around the country for her sharpshooting abilities, having made 265 3-pointers throughout her career.