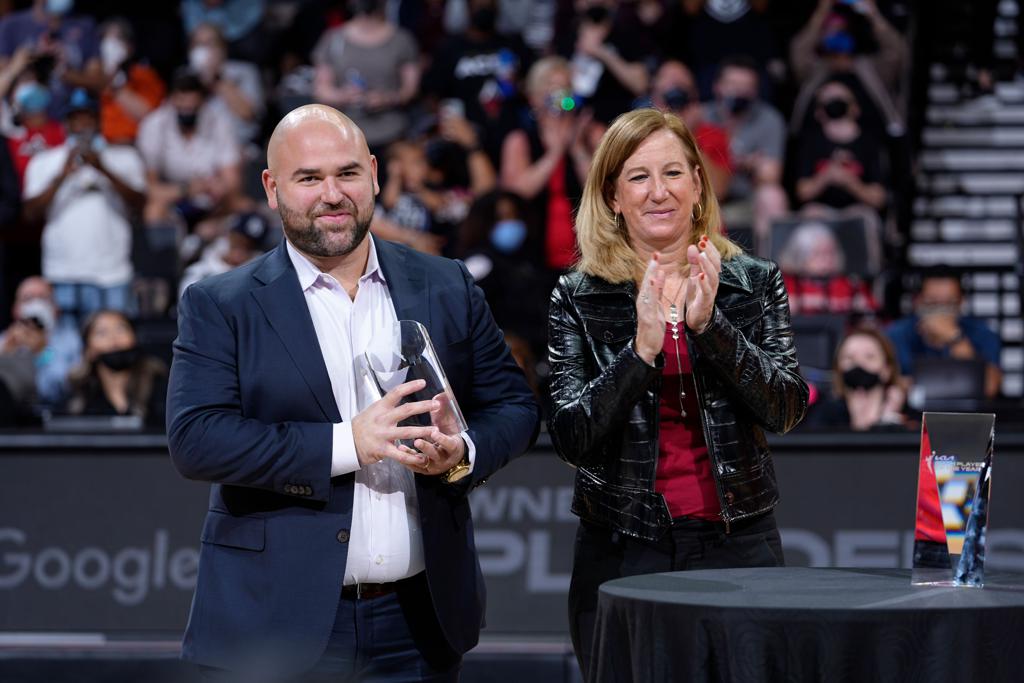 Padover spent the past decade in the WNBA, most recently serving as General Manager of the Las Vegas Aces, who finished with the best record in the WNBA in 2020, and the second-best record in the league (24-8) during the regular season this year. For his efforts and results, Dan was recognized back-to-back as the WNBA Basketball Executive of the Year in 2020 and 2021. Throughout his three-year tenure with the Aces, the team posted an impressive 63-25 record and advanced to the WNBA Finals in 2020. Prior to the Aces, Padover was Vice President of Basketball Operations for the New York Liberty, where he led the team to a first-place finish in the Eastern Conference in 2017.

Taylor joined the Atlanta Dream in 2017 as Assistant Coach before becoming Interim Head Coach this past July. Prior to this role, he was an Assistant Coach under Dawn Staley at the University of South Carolina, helping recruit the class that led the Gamecocks to their first national title. Taylor brings a unique skillset having spent time in all areas of basketball as a player, as a manger of community and player programs in the NBA’s Development League, as an Assistant Director of Competitive Programs with USA Basketball, and as a WNBA Head Coach. His passion for Atlanta sports began when he became a season ticket holder for the Atlanta Dream in 2016 and when his wife, Joni Taylor, became Head Coach of the University of Georgia women’s basketball program in 2015.