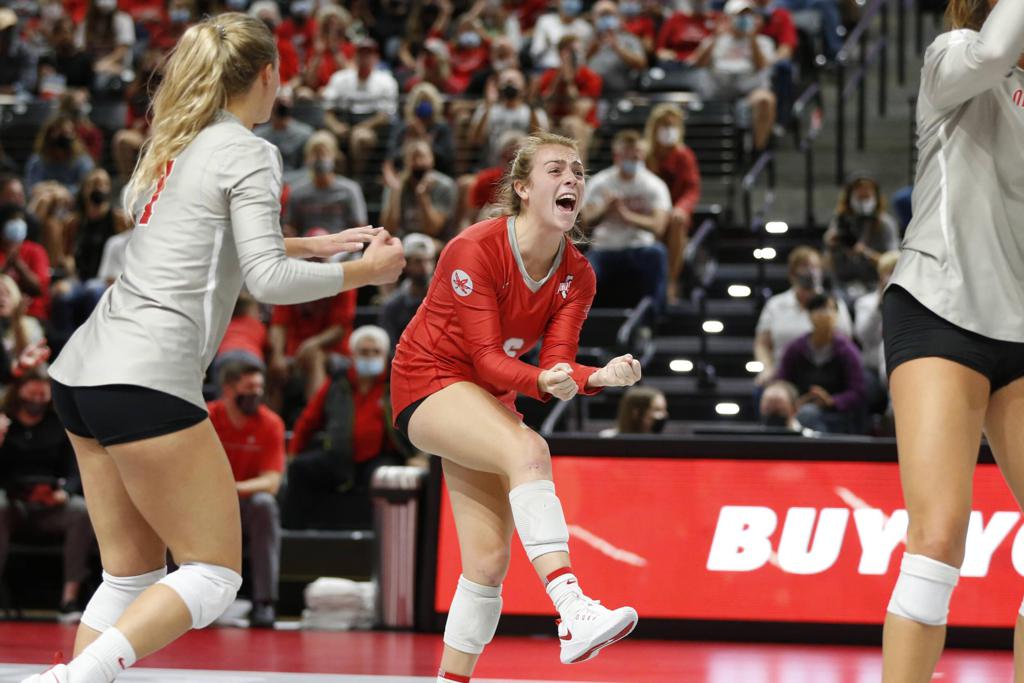 Ohio State scored first and jumped out to an early 8-2 lead to force a Maryland timeout. The Buckeyes extended their lead to 13-5 as the Terps used their second timeout of the set. UMD scored the next six of seven points to cut the OSU lead to 14-10. The Terrapins would get as close as two on three occasions, lastly at 21-19, before the Buckeyes scored back-to-back point to lead 23-19. Ohio State took the first set by a 25-21 margin on a Terrapin error.

It was point-for-point to start the second set until the Buckeyes broke away with back-to-back kills to lead 9-5. Then Ohio State errors allowed Maryland get back within one point, 11-10. Ohio State ended up winning the set 25-18.

In the third set the Buckeyes came out firing behind defensive specialist Kylie Murr. Buckeyes won the set, 25-19.

Mac Podraza moved up to 13th in program history in career assists (1,983).