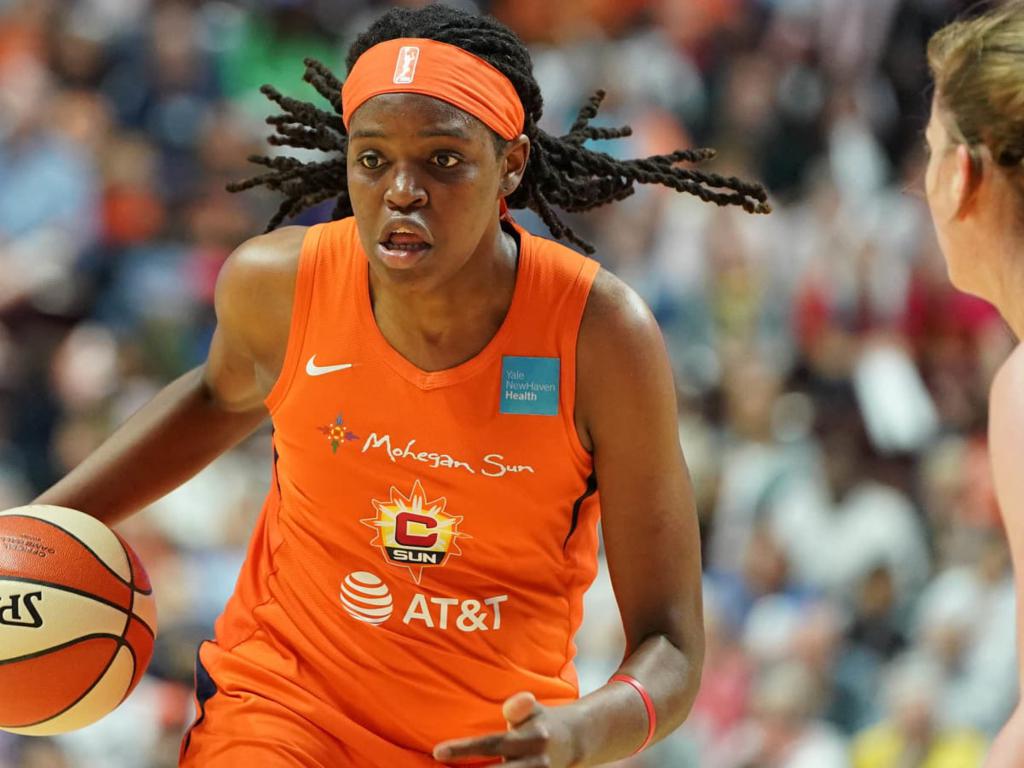 Sun center Jonquel Jones has won the 2021 WNBA MVP award, the league announced Tuesday. This is the first WNBA Most Valuable Award for Jones, who was the 2018 WNBA Sixth Player of the Year and 2017 WNBA Most Improved Player.​

Jones was selected by the Los Angeles Sparks with the sixth overall pick in the 2016 WNBA Draft before Connecticut acquired her draft rights in a trade that night.  She holds career averages of 13.3 points, 8.3 rebounds and 1.42 blocks.

In honor of being named the 2021 WNBA Most Valuable Player, Jones will receive $15,450 and a specially designed trophy by Tiffany & Co.

Jones, though, was not the only member of the Suns to take home hardware on Tuesday. Her teammate, center Brionna Jones, a five-year WNBA veteran,  won the Most Improved Player Award for the first time and Head Coach Curt Miller was named Coach of the Year.

Jones received 38 of 49 votes from a national panel of sportswriters and broadcasters.  Las Vegas Aces guard Kelsey Plum finished in second place with eight votes.  Rounding out the list of vote-getters were Dallas Wings guard Marina Mabrey (two votes) and New York Liberty guard Betnijah Laney (one vote), the 2020 Most Improved Player as a member of the Atlanta Dream.

She also made her first-career All-Star team appearance this past July.

In honor of being named the WNBA Most Improved Player, Jones will receive $5,150 and a specially designed trophy from Tiffany & Co.

Connecticut Sun head coach Curt Miller has been named the 2021 WNBA Coach of the Year. He becomes the sixth coach in the 25-year history of the league to win the award multiple times, joining three-time winners Van Chancellor, Cheryl Reeve and Mike Thibault, and two-time winners Dan Hughes and Bill Laimbeer.

Miller, in his sixth season as a WNBA head coach, guided the Sun to the league’s best record (26-6) and the No. 1 seed in the WNBA Playoffs 2021 presented by Google.

The Sun’s overall winning percentage (.813) in 2021, propelled by a franchise-record 14-game winning streak to close the regular season, is the best mark in franchise history. Connecticut’s 14 straight wins from July 9 through August 19 also ranks as the fourth longest streak in league history.  The Sun also led the league in point differential (9.8 ppg).

The Sun tips off its quest for the franchise’ first WNBA championship tonight at 8 p.m. ET, hosting the sixth-seeded Chicago Sky (ESPN2) in Game 1 of a Semifinals series.

2021 WNBA COACH OF THE YEAR RESULTS