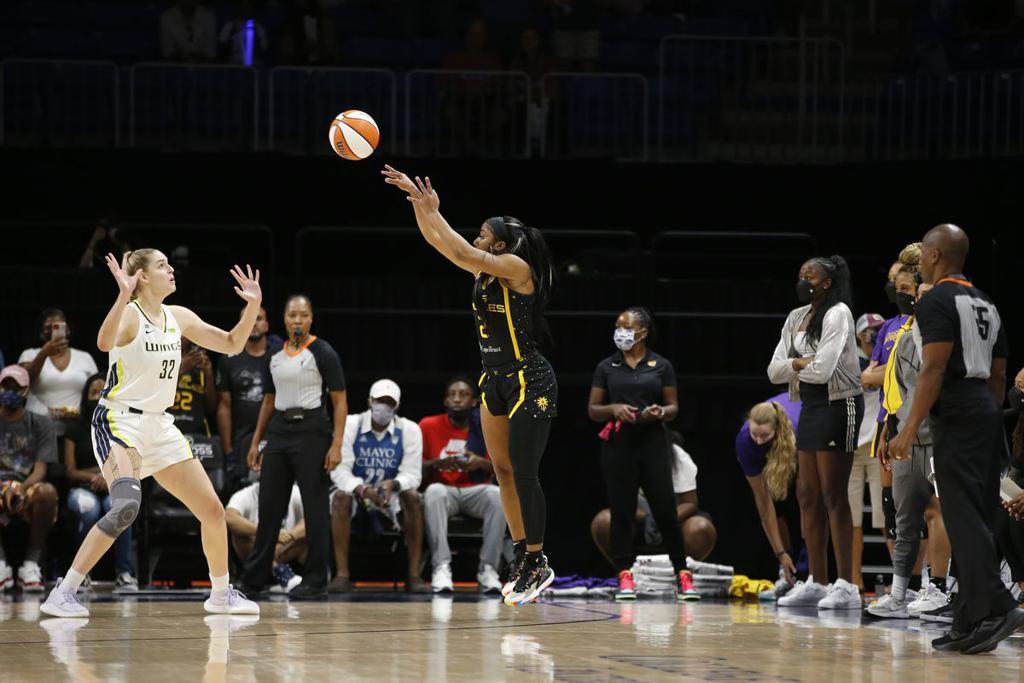 The Los Angeles Sparks headed into Sunday’s game against the Dallas Wings with an opportunity to win and clinch the final playoff spot after the Washington Mystics lost to the Minnesota Lynx
earlier in the day.

After a battle in College Park Center, the Sparks fell just short, losing 87-84 to the Wings in the final moments and will miss the WNBA playoffs for just the fifth time in the franchise’s 25-year history, and for the first time since 2011.

Te’a Cooper, the Sparks’ second-year guard, led L.A. on Sunday with 24 points and had six assists. Wheeler finished her first season with the Sparks with 22 points, seven assists and two steals.

Nneka Ogwumike brought veteran leadership with 18
points (on 7-of-14 shooting), 10 rebounds, four assists, two blocks and two steals.. The former MVP also made a season-high four 3-pointers but got zero free throw attempts-a point of contention for the Sparks in the latter portion of the season, when their star forward took only 25 foul shots in the team’s 13 games after the Olympic break, including none in their final three contests.

Despite the Sparks executing one of their best offensive performances of the season shooting 50.8% from the field
while making 13 three-pointers, their second-most 3s in a game all season; Dallas improved to 3-0 against L.A. in 2021

With the Sparks’ loss and Washington’s loss earlier Sunday, New York claimed the eighth seed and the final playoff spot.

New York will play a first-round, single-elimination game at No. 5 seed Phoenix on Thursday.

The Wings (14-18) are locked into the seventh seed and will face former Sparks star Candace Parker and her No. 6 Chicago Sky on Thursday. Sunday’s win will also give the Wings a boost next year, because they locked up a lottery pick in the 2022 draft: They own L.A.’s first-round pick because of a deal with the Sparks before this year’s draft, when L.A. moved up so it could select Jasmine Walker at No. 7.