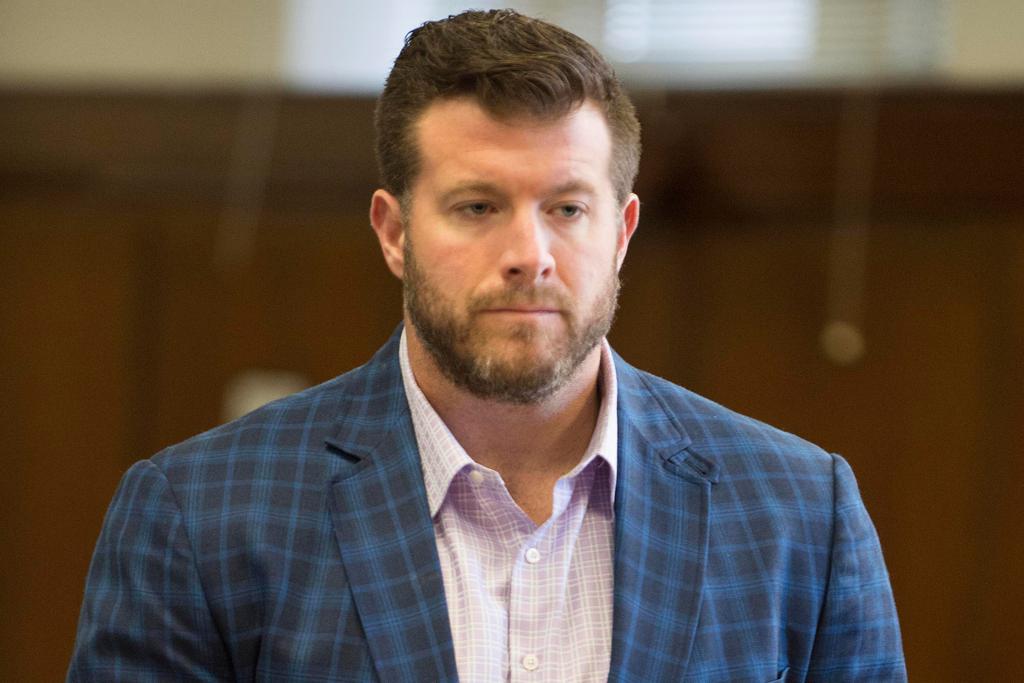 Ex-New York Giant offensive lineman  Luke Petitgout and his friend were arrested after an alleged confrontation involving a gun at a popular Miami Beach restaurant.

Luke Petitgout, a 45-year-old former New York Giant, and James Bruner, 50, were arrested after the alleged incident inside Carbone, in the area of Collins Avenue and First Street, on Aug. 22.

A witness recorded the alleged incident involving Petitgout, who stands 6 feet, 6 inches tall and weighs 300-plus pounds, and Bruner, who lives in Sunny Isles Beach.

Police and witnesses said Bruner appeared to go for his waistband, where he had a loaded Glock 43X. According to the arrest report, while entangled in the alleged fight, “Bruner produced a firearm and pointed it directly at [an employee].”

A waiter told officers, “Mr. Petitgout struck him in his chest with a closed fist in the midst of the altercation,” according to the arrest report.

Bruner was charged with aggravated assault with a firearm, battery and disorderly conduct.

Petitgout was charged with battery and disorderly conduct.

The 45-year-old Petitgout, who played for the Giants from 1999 to 2006, has a history of run-ins with the law. Page Six reports Petitgout was arrested on his wedding anniversary in 2013 “for smashing his ex-wife’s head with her purse and throwing her out of a car.”

He served time in prison in 2015 after allegedly slapping his estranged wife, Jennifer Petitgout, and punching her companion John Constantinides while the pair were on a date at a Midtown lounge. ... In 2016, he was given one-year probation and anger management for assaulting his ex-wife in a separate incident that involved him allegedly sexually assaulting and choking her.

In addition, Petitgout was pulled over in New Jersey in 2016 while “allegedly intoxicated and with drugs including cocaine, amphetamines, steroids, marijuana and ethylone ... He was sentenced to three years of probation.”

The Giants selected Petitgout in the first round of the 1999 NFL Draft, No. 19 overall. The Notre Dame product played in 113 games over eight seasons with the Giants, making 106 starts. Petitgout finished his career in 2007 with the Tampa Bay Buccaneers.