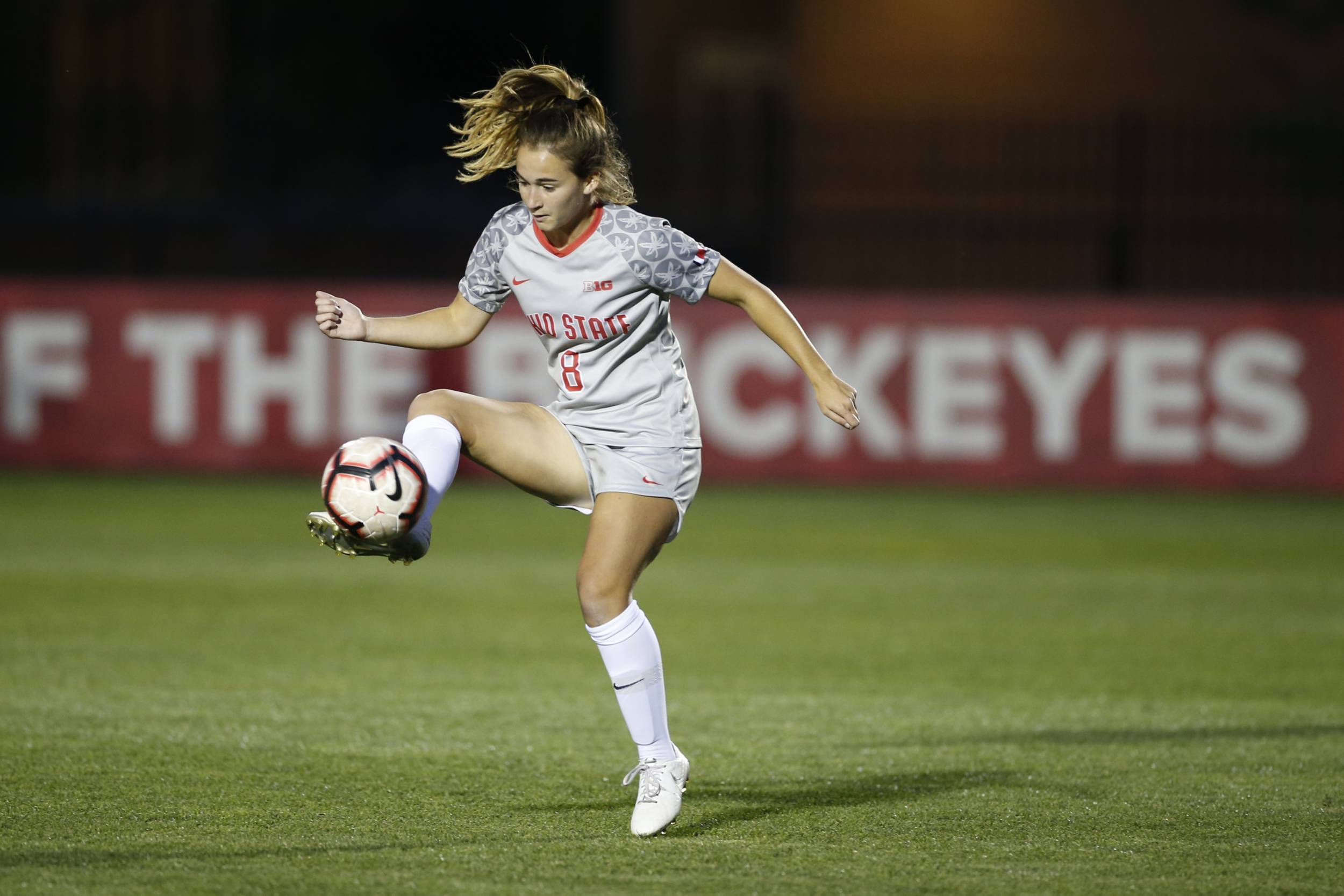 COLUMBUS, Ohio – Ohio State stymied an aggressive Dayton team on Thursday night and recorded its first shutout of the season in a 2-0 victory at Jesse Owens Memorial Stadium.

The win was the third-consecutive win for the Buckeyes who improve to 5-2-0 on the season. This sets up a tremendous matchup on Sunday as undefeated and No. 6 ranked TCU comes to town.

Emma Sears scored her fifth goal of the season in the 34th minute and then Brittany Duncan capped the scoring in the 89th minute with the first goal of her career.

The shutout was for the first of the season for goalkeeper Bailey Kolinski and the sixth of her career.

Emma Sears got the scoring started in the 34th minute as she gained control around midfield, dribbled into the box and beat Dayton keeper Madelyn Dewey to the far post from just outside of the six. It was her fifth goal of the season.

After turning back Dayton’s attack for the next 55 minutes, junior Brittany Duncan put a cap on the evening in the 89th minute with her first collegiate goal. She took a pass from Kine Flotre and lasered a shot from just outside the box. It deflected off the outstretched arms of Dewey, hit the post and rolled in.

The Buckeyes will remain at home for the seventh-consecutive match when they host No. 6 TCU on Sunday afternoon. First touch is set for Noon and BTN will have the coverage. The only other meeting between the teams was in 2019 in Fort Worth, a match won by TCU 3-2.