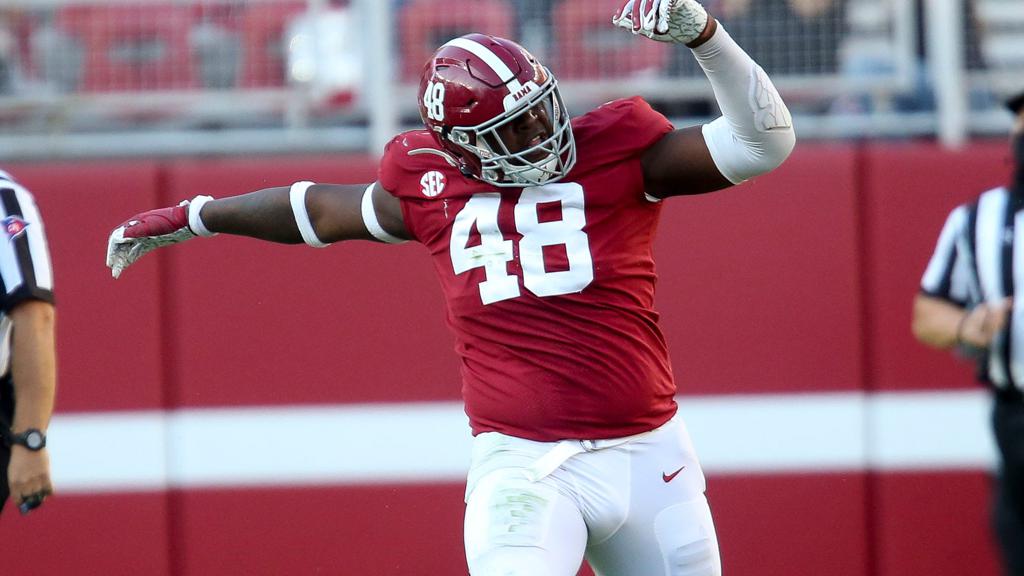 DALLAS (FWAA) — The Football Writers Association of America has announced the preseason watch list for the 2021 Outland Trophy, recognizing 80 returning standout interior linemen representing all 10 Division I FBS conferences and independents. The 2021 season continues a celebration of the award's 75th anniversary and the watch list presents a talented field of players to accompany three returning FWAA All-Americans.

The recipient of the 2021 Outland Trophy will be announced on The Home Depot College Football Awards, live on ESPN in December. The official presentation to the winner will be made at the Outland Trophy Awards Dinner sponsored by Werner Enterprises and produced by the Greater Omaha Sports Committee in Omaha, Neb., on Jan. 12, 2022.

Kenyon Green, a 2020 Outland semifinalist as a first-team FWAA All-American offensive guard at Texas A&M last year, tops the list as the only first-team interior lineman to return. The Aggies, who also have defensive tackle McKinnley Jackson on the list, are one of 18 teams to have at least two players on the watch list. Two other returning All-Americans, Iowa center Tyler Linderbaum and defensive tackle Dante Stills of West Virginia, also highlight the top returning interior linemen. Both were second-team All-Americans a year ago.

Boston College, which pairs with Clemson to give the Atlantic Coast Conference six of its national-best 14 players, has center Alec Lindstrom in between guard Zion Johnson and offensive tackle Tyler Vrabel. Oklahoma’s high-powered offense has guards Tyrese Robinson and Marquis Hayes and a third member, Perrion Winfrey at defensive tackle. Georgia is the only SEC school with a trio of players – guards Jamaree Salyer and Justin Shaffer, and defensive tackle Jordan Davis.

After the ACC, the Big Ten boasts 13 selections spread among nine different schools and the SEC has 11 total from seven schools. Defending national champion Alabama is represented by a tackle on each side of the ball, Evan Neal on offense and Phidarian Mathis on defense. Alabama offensive tackle Alex Leatherwood won the 2020 Outland Trophy before departing to the NFL as the 17th overall selection in the draft by the Las Vegas Raiders.

The Outland Trophy winner is chosen from three finalists who are a part of the annual FWAA All-America Team. The FWAA All-America Committee, after voting input from the entire membership, selects a 26-man first team and eventually the three Outland finalists. Committee members, then by individual ballot, select the winner. Only interior linemen on offense or defense are eligible for the award; ends are not eligible.

The Outland Trophy, celebrating 75 years since its founding, is the third-oldest major college football award. Created in 1946 when Dr. John Outland presented the FWAA with a financial contribution to initiate the award, the Outland Trophy has been given to the best interior lineman in college football ever since. Dr. Outland, an All-American at the University of Pennsylvania in the late 1890s, eventually took up practice in Kansas City, Mo. An avid outdoorsman, Dr. Outland believed linemen did not get the credit they deserved and wanted an award to recognize them.

The Outland Trophy is a member of the National College Football Awards Association (NCFAA), which encompasses the most prestigious awards in college football. Founded in 1997, the NCFAA and its 25 awards now boast over 800 recipients, dating to 1935. Visit ncfaa.org and @NCFAA on Twitter to learn more about the association.