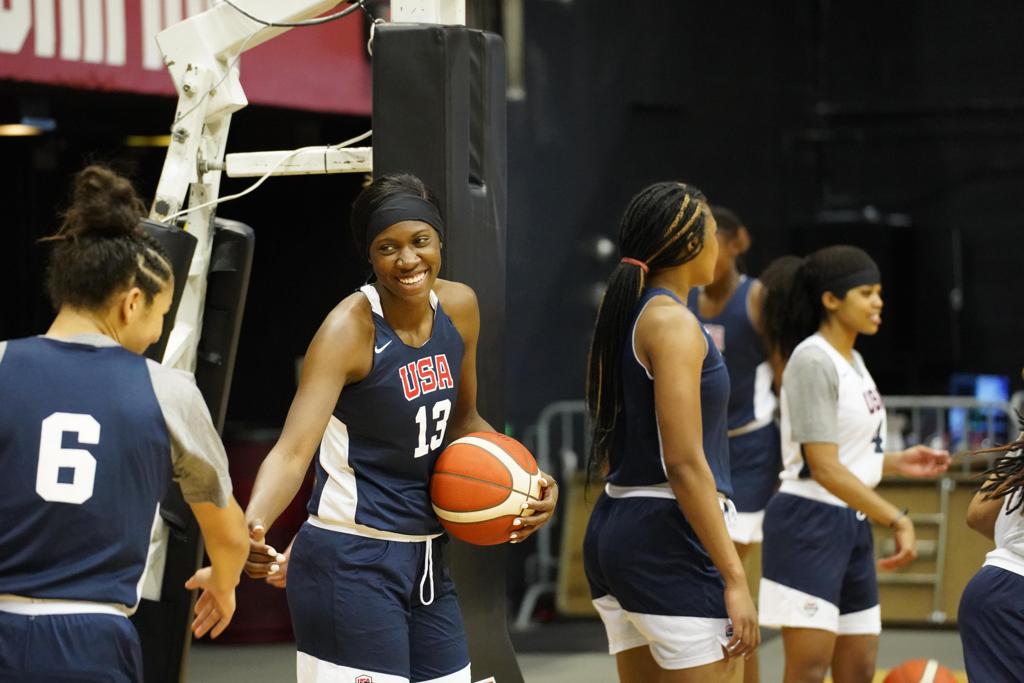 On the eve of departing for the FIBA Women’s AmeriCup 2021 in Puerto Rico, the roster for the USA AmeriCup Team was finalized and includes seven athletes who have captured an international medal playing for USA Basketball. The USA will depart on June 8 for the AmeriCup, which will be played June 11-19 in San Juan, Puerto Rico.

One of 13 finalists named after trials held April 18-21, NaLyssa Smith (Baylor/Converse, Texas), was not able to attend training camp due to an illness in her family.

USA National Team head coach Dawn Staley (South Carolina) will serve as head coach of the USA AmeriCup Team, and she will be assisted by University of Arizona head coach Adia Barnes and Jen Rizzotti, president of the Connecticut Sun.

Rhyne Howard has scored 1,655 career points sitting seventh in UK history in points scored. She needs 37 more to tie Maci Morris for sixth. Howard is the second player in school history to reach 1,500 career points prior to their senior season with the other being All-American and UK all-time leading scorer Valerie Still. Howard ranks second in school history in career scoring average at 19.9, while she is third in career 3s made with 214 and third in career 3-point field-goal percentage at 38.1. She is also eighth in UK history in steals per game at 2.301.

Owusu earned Third Team All-America honors from the Associated Press and the USBWA. She earned unanimous All-Big Ten First Team honors. She led the nation's top offense in scoring (17.9) and assists (5.9). The Terrapins led the country in scoring (90.8) and in assist turnover ratio (1.70). Owusu topped the record for points averaged by a sophomore in program history (17.8 by Kaila Charles in 2017-18).

Miller averaged 17.3 points per game and shot 50.6 percent from the field. She scored in double figures in 27 straight games and 28 of 29 games this season.

Ten nations from North, South and Central America and the Caribbean will take part in the 2021 AmeriCup. The top four finishing teams will advance to compete in one of four 2022 FIBA World Cup Qualifying Tournaments in hopes of earning one of the 12 spots in the 2022 FIBA World Cup field. Australia, host of the 2022 World Cup, and the 2020 Olympic champion, earns an automatic berth to the World Cup, but will be required to participate in the qualifying process.