JAG OFFENSE ERUPTS IN WIN OVER NO. 14 FLORIDA AT NCAA GAINESVILLE REGIONAL 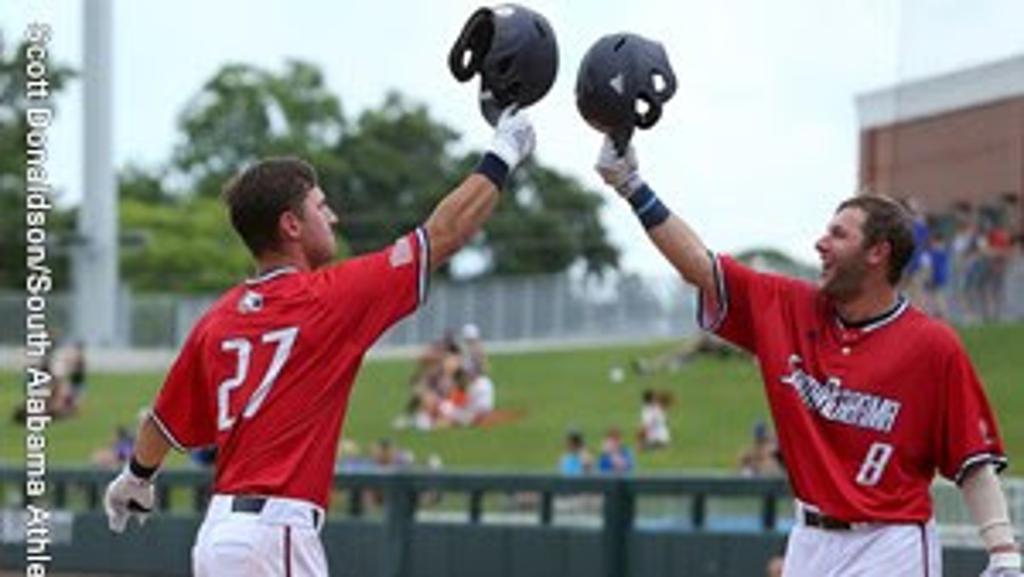 Right-hander Miles Smith (7-1) allowed one run on five hits with five strikeouts, and did not issue a walk in six innings pitched to record his third win in less than a week after posting two wins at last week's Sun Belt Conference Championship.

Every USA starter hit safely in the game, and seven Jags recorded multiple hits. Kaleb DeLaTorre finished with a career-high four hits, including a home run, and Santi Montiel drove in a career-high five runs and hit one home run.

NEXT UP
South Alabama will return to action Sunday at noon in the NCAA Gainesville Regional when it faces the loser of South Florida and Miami in an elimination game at Florida Ballpark.