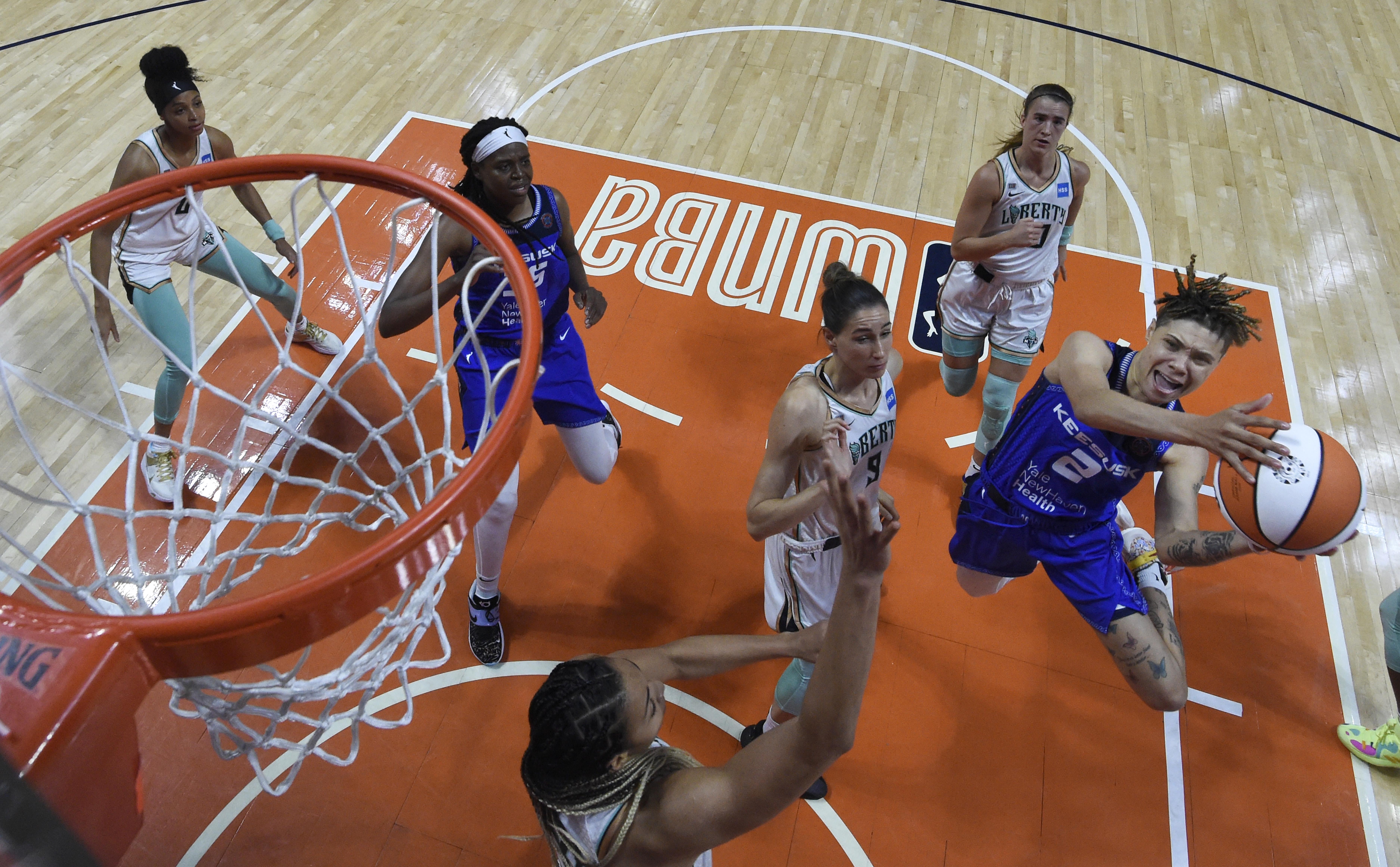 Jonquel Jones scored 31 points on 12-of-16 shooting and grabbed 13 rebounds to help the Connecticut Sun beat the New York Liberty 85-64 on Saturday night.

Jonquel Jones scored 10 points in a 15-0 run to close the first half and open the second quarter that gave the Sun a 52-37 lead and New York (5-4) trailed by at least nine the rest of the way. The Liberty, who were held to their fewest points in a game this season, were scoreless for nearly six minutes before Sabrina Ionescu hit a 3-pointer with 5:39 left in the third quarter.

Rebecca Allen led New York, which has lost three in a row, with 14 points. Betnijah Laney, who averaged a career-best 17.2 points and was named the WNBA most improved player last season, finished with eight points on 4-of-12 shooting. The 27-year old had scored at least 20 points in every game this season - her first with the Liberty.