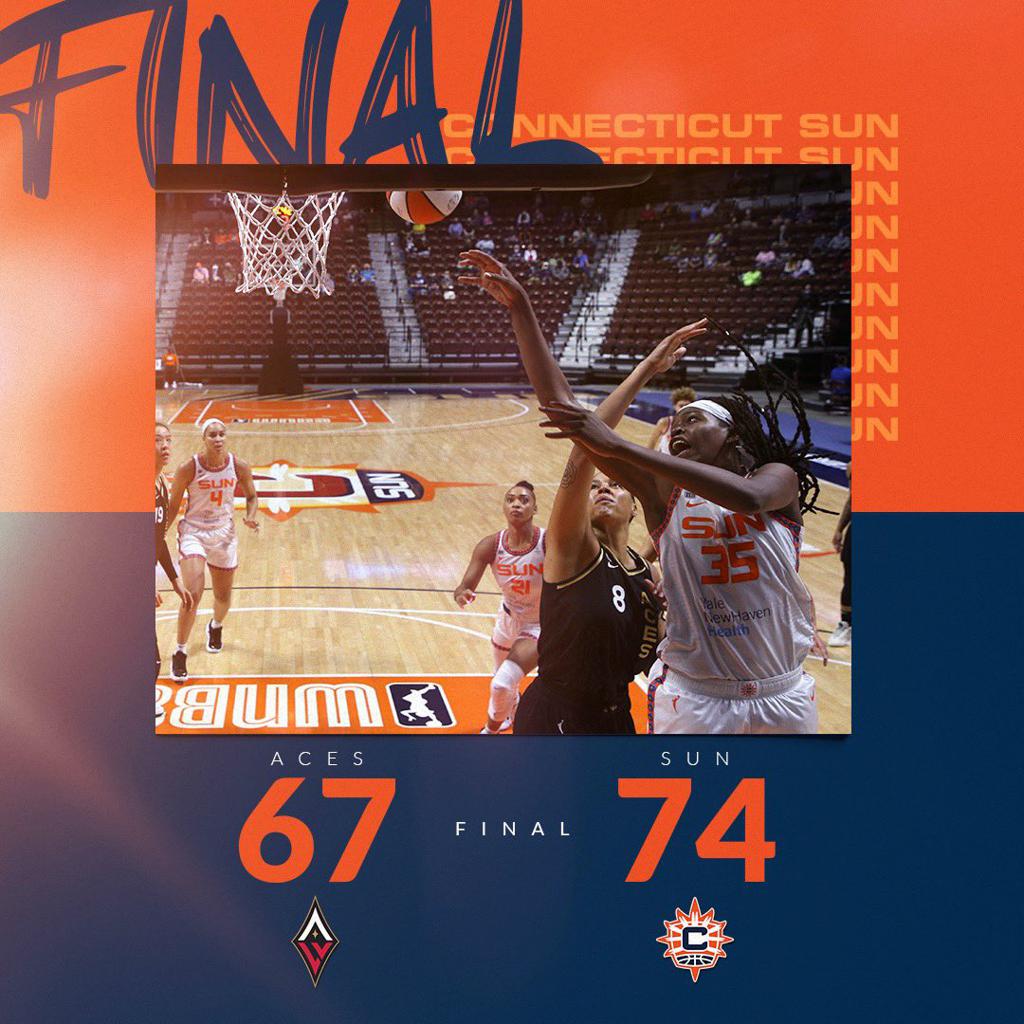 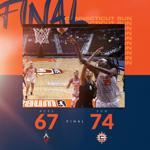 After four quarters of grit and guts, the Connecticut Sun (7-2) remain undefeated at home with a 74-67 win over the Las Vegas Aces (5-3.)

When the Las Vegas Aces arrived in Connecticut, it was bound to be a good game. After a battle until the end, two of the WNBA’s best forwards came out with an impressive stat line, but only one team came out with a win. Liz Cambage finished with 28 points, seven rebounds and three blocks in the loss. Jonquel Jones drove her team to victory with 23 points, seven rebounds and three blocks.

There weren’t a whole lot of fans in Mohegan Sun Arena on Tuesday night. But there were enough for Cambage to hear boos as she was announced. She blew kisses right back to the Connecticut Suns fans.

Just nine days ago, Sun head coach Curt Miller was fined for his comments about Cambage’s weight. It's no secret the second time these two teams meet would be a quality game, especially with heat coming from Cambage.

With 8 minutes and 34 seconds left in the third quarter, Cambage got her own rebound for a two point putback and a two point lead for the Aces. Cambage twirled off the court to the sideline, with a shrug, never letting the fans get to her head. However, the Sun did indeed do enough to pull out the win despite a dominant performance from the Aces’ center.

Nearing the end of the fourth quarter, the Sun went on a 10-2 run to push the lead to nine with three minutes to go. After a back and forth game with no double digit leads, the run by Connecticut was the difference maker in the game.

“Big, big home win for us,” Miller said. “Really proud of our composure down the stretch...really impressive defensive effort.”

Having learned from the overtime loss in Minnesota, ball composure was a huge factor for the Sun on Tuesday that they didn’t have on Sunday. Jonquel Jones went into the timeout making sure Tuesday’s game would not be similar to the loss against the Lynx and stressed the importance of learning from that situation.

Jones was the spark plug that Miller needed to pull out the win, and what impressed him the most was her ability to get herself to the foul line on Tuesday.

“She just continues to be so efficient, she lets it come to her,” Miller said.

Both teams face the New York Liberty next. The Aces have a quick turn around to prepare for Thursday’s game, and the Sun have a much needed rest to prepare for Saturday’s matchup.