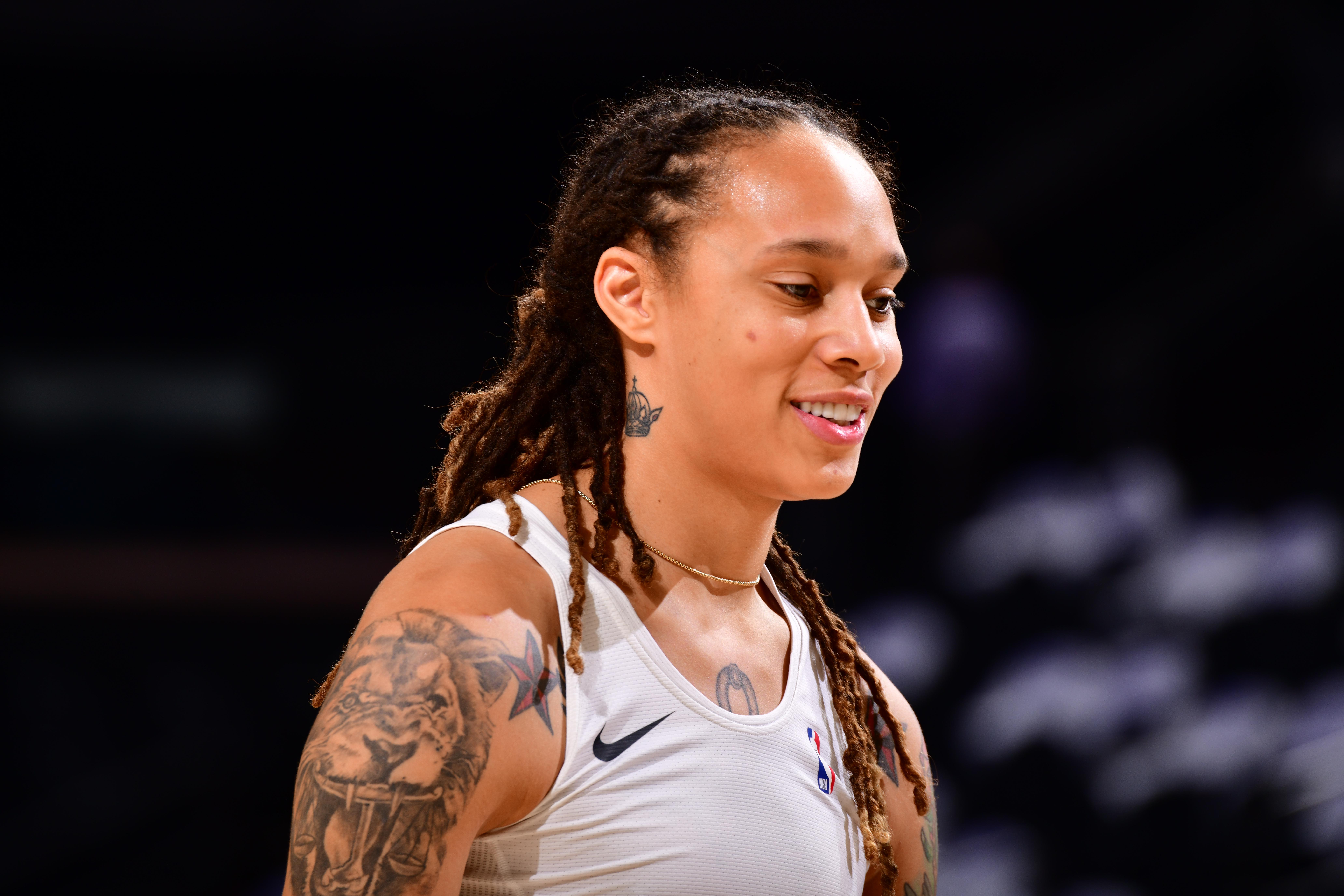 2014 WNBA Champion, two-time Defensive Player of the Year and two-time WNBA scoring leader Brittney Griner was named the Western Conference Player of the Week, as announced by the league office today.  It’s the ninth career honor for Griner, the second-most by a Mercury player in franchise history (Diana Taurasi, 20).

Griner earns the award after two big performances over the course of last week, scoring 27 points in each of the two games and recording double-doubles in both of them.  The 6-foot-9 center posted averages of of 27.0 points, 13.5 rebounds, 2.0 blocks and 3.0 assists per game, while shooting an impressive 75.0 percent (24-of-32) from the field.

Griner tipped off the week with a 27-point, 11-rebound and three-blocks performance in the Mercury’s game on May 26 against Las Vegas.  It marked the ninth time in her career she’s posted 25+ points, 10+ rebounds and 3+ blocks in a game, which ties for third most all-time with such stats in WNBA history, trailing only Lisa Leslie (12) and Candace Parker (11).  Griner followed up her big performance against the Aces with 27 points and season highs in rebounds (16) and assists (4) in the team’s win on May 29 in Dallas against the Wings. Her 16 rebounds were two shy of her career high and the most she’s recorded since August 17, 2018 against Atlanta when she grabbed 18.

During her big performance in Dallas, Griner recorded her 13th career regular season dunk in the fourth quarter of the game, her first dunk since August 10, 2019, and the 19th total dunk she’s notched in the WNBA (one playoff dunk and five All-Star game dunks). The rest of the WNBA in the league’s 25-year history has combined for just three regular season dunks.

Griner has gotten off to a hot start this season, ranking just outside the top-10 in scoring (17.8 ppg), fourth in field goal percentage (55.6), third in rebounding (career-best 9.7 rpg) and tied for first with teammate Brianna Turner in blocks per game (2.7).  She’s notched four double-doubles in the team’s first six games this season, the most she’s had in the first six games of a season, including two-straight.  She joins Breanna Stewart as the only two players this season averaging at least 17 points, 9 rebounds and 2 blocks per game.