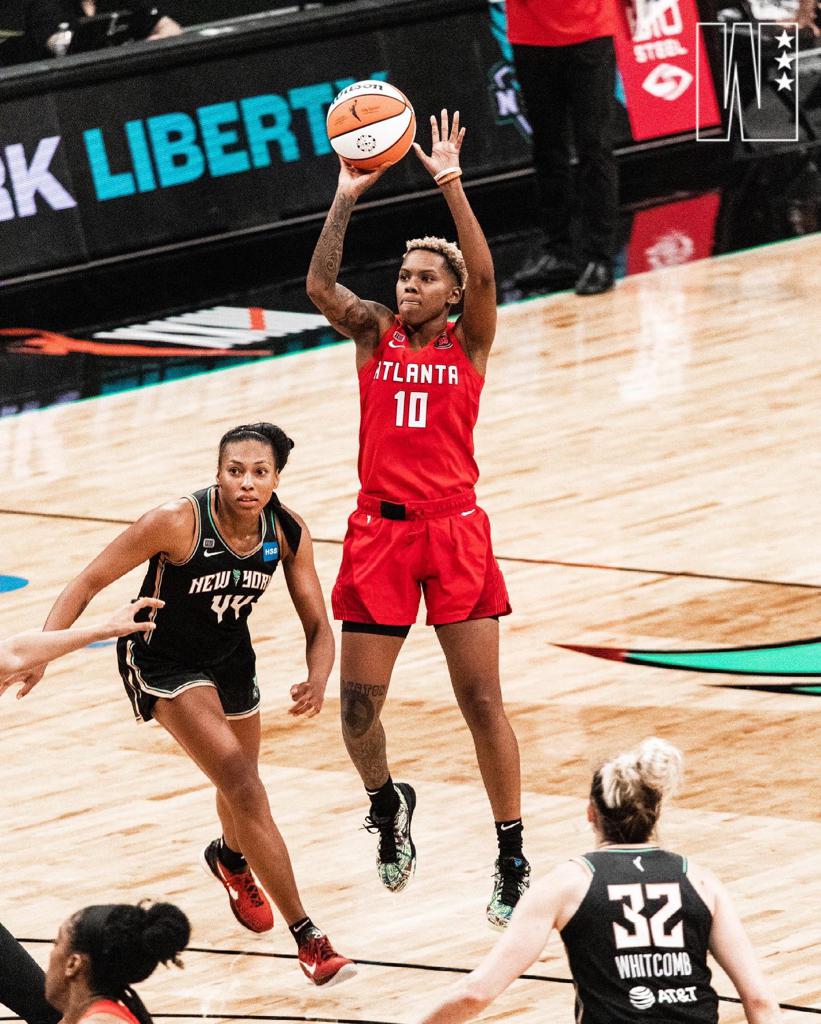 Atlanta Dream’s Courtney Williams hit a game winning 3-pointer in overtime to cap off a 31 point performance against New York Liberty on Saturday.

Head coach Mike Petersen called timeout with 10 seconds left, the game tied at 87. Having just hit a 3 pointer to tie just 25 seconds prior, Williams clearly had the hot hand. She was called on to come through, and she delivered with 1.6 seconds left in overtime. Atlanta left New York with a 90-87 win.

Williams had three made 3-pointers in the win, and finished with 10 defensive rebounds, 12 total boards, seven assists and two steals. Saturday marked Williams’ 10th career double double, third career 30 plus game and 19th 20 plus point performance. Williams is shooting 55 percent from downtown on the season

Coming into Saturday’s matchup, all eyes were on young star Sabrina Ionescu. Two weeks ago, Ionescu set the record for youngest player in WNBA history to record a triple-double. Averaging roughly 18 points per game, Ionescu is the key player for the Liberty this season. After winning just two games Ionescu’s rookie year, this year the Liberty have already doubled the amount of wins this season as last year.

However, Ionescu couldn’t help her team much on Saturday, after the Dream held the Liberty to just under 40 percent shooting and Ionescu finished the game with only six points.

The Dream advanced to 4-2 and the Liberty are now 5-2 overall. Atlanta’s record against New York improves to 19-29 all-time.