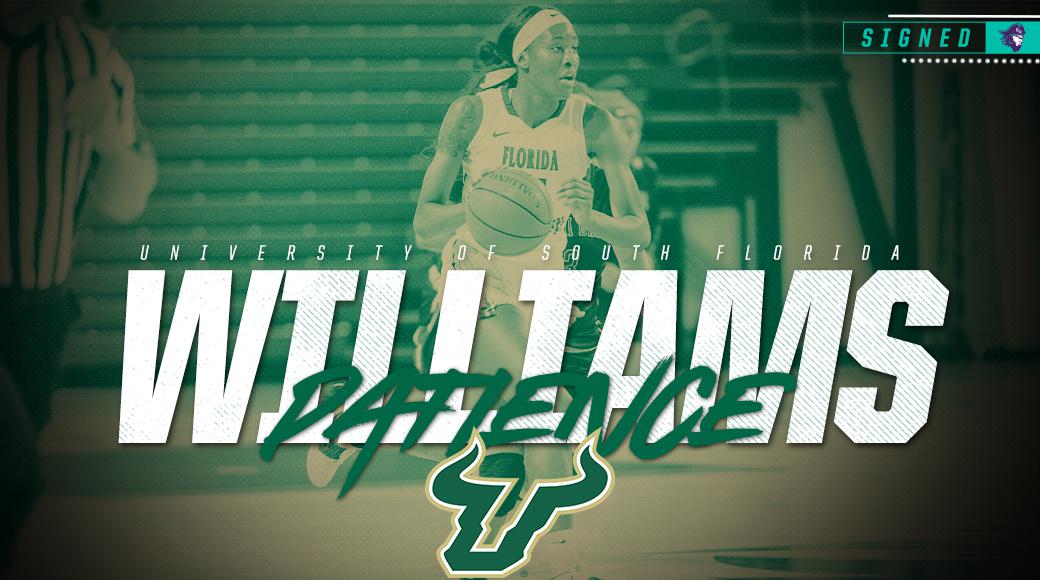 FORT MYERS, Fla.- After a spectacular freshman year with the Florida SouthWestern State Buccaneers, Patience Williams will head up the road to Tampa next season, signing with Coach Jose Fernandez and the University of South Florida last week to join the Bulls program for 2021-2022.

Williams was the Southern Conference Player of the Year this season, leading FSW to their fourth straight conference title.  She averaged 13.1 points and 8.9 rebounds per game for the Bucs, shooting 56% from the field on the season.  She had five double-doubles on the season, including a pair of historic efforts, going for 31 points and 18 rebounds in a win over #25 Indian River in her first conference game of her career and later putting up a 32 point, 18 rebound performance against Palm Beach State.  Williams earned a number of postseason accolades from World Exposure Report as she was named a finalist for their National Freshman of the Year award as well as being named a 3rd Team All-American.  She finished the year ranked the #5 freshman in the country by the outlet.

FSW Head Coach Dr. Jerald Ellis was excited to see Williams have the opportunity to move onto the next level saying “this is why we recruit qualifiers out of high school.  Some kids just aren’t quite ready to make the jump from high school to the Division I level and after a season of seeing the speed and physicality of the college game with us, they are ready to make that move to a place, like in this case, to a Top 25 type of program.  We are happy for P and are glad she will be in good hands with Coach Fernandez and staff.”

Williams will join a USF program coming off of an American Conference Championship season in which they finished 19-4 overall and 13-2 in conference action.  The Bulls advanced to the NCAA Tournament where they earned a first round win over Washington State before taking #1 seed North Carolina State to the wire in the second round of the tournament.