Chipola wins on a buzzer beater 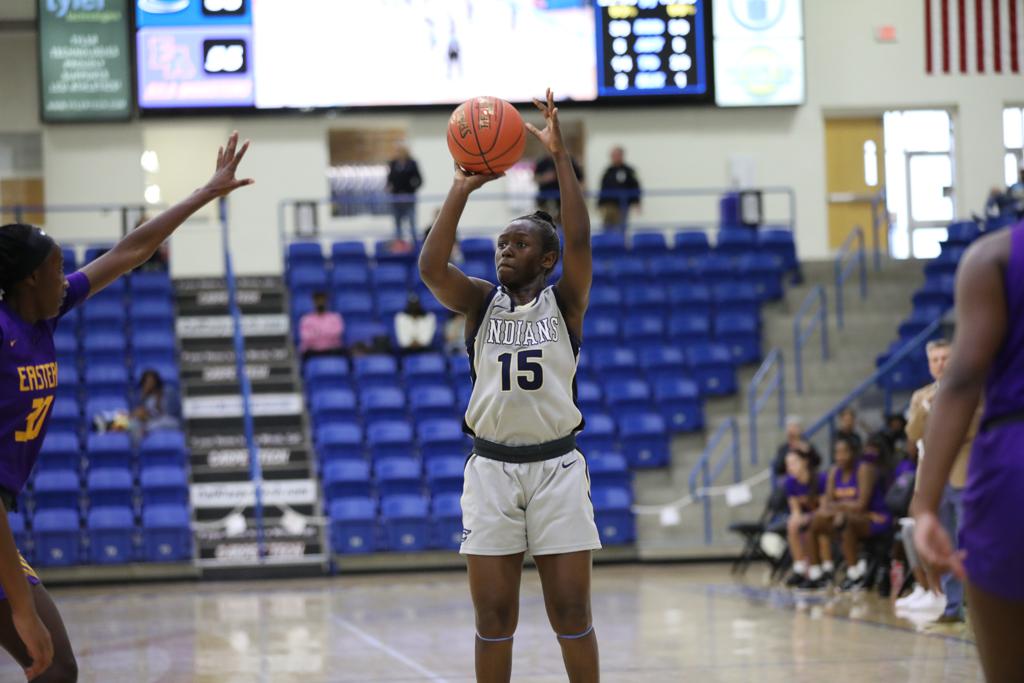 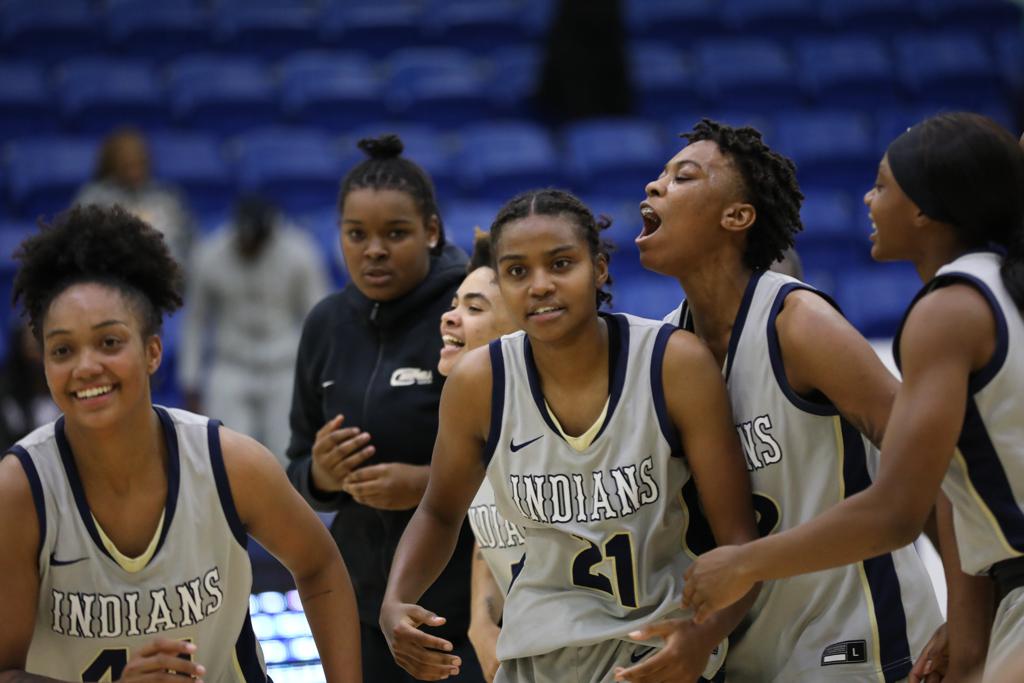 Down a starter and having watched two teams combined for 54 fouls and 73 free-throw attempts, Chipola College head coach Greg Franklin needed someone to step up at the end.

Chipola used a 14-2 run to end the third quarter and were seemingly in control going into the fourth up 55-38. Even as late as 3:16 to play, the Indians still led by double digits.

But Eastern Arizona made one last push. Susi Namoa drained three of her five 3-pointers during an 11-0 run that gave the Gila Monsters a 66-65 lead with 48.6 seconds to play, their first lead since early in the game.

Chipola, however, regained its composure enough to find a way at the end. Jordan McLaughlin hit two free throws with 41.4 seconds left, and after Catarina Ferreira hit a putback with 24.7 to play to put Eastern Arizona back up by one, De’Myla Brown sank one of two from the charity stripe with 15.2 to play, tying the game.

Ferreira led all scorers with 30 points, playing most of the second half with four fouls, for Eastern Arizona and Namoa added 21, 16 of which came in the second half.

Eastern Arizona had a shot to win at the end, but Ferreira was pressured at midcourt and turned the ball over with 4.9 seconds to play. On the ensuing possession, Isadora Sousa found Muhammad alone at the top of the key, and the freshman drained the game-winner to send the Indians on to the quarterfinals.

Brown led the Indians with 22 points. McLaughlin added 20 points and Sousa chipped in 11.

The victory vaults the Indians (19-4) into the quarterfinals where they will face Tyler Junior College on Thursday at 7 p.m. Eastern Arizona, which upset Moberly Area in the first round, ends its season at 21-5. 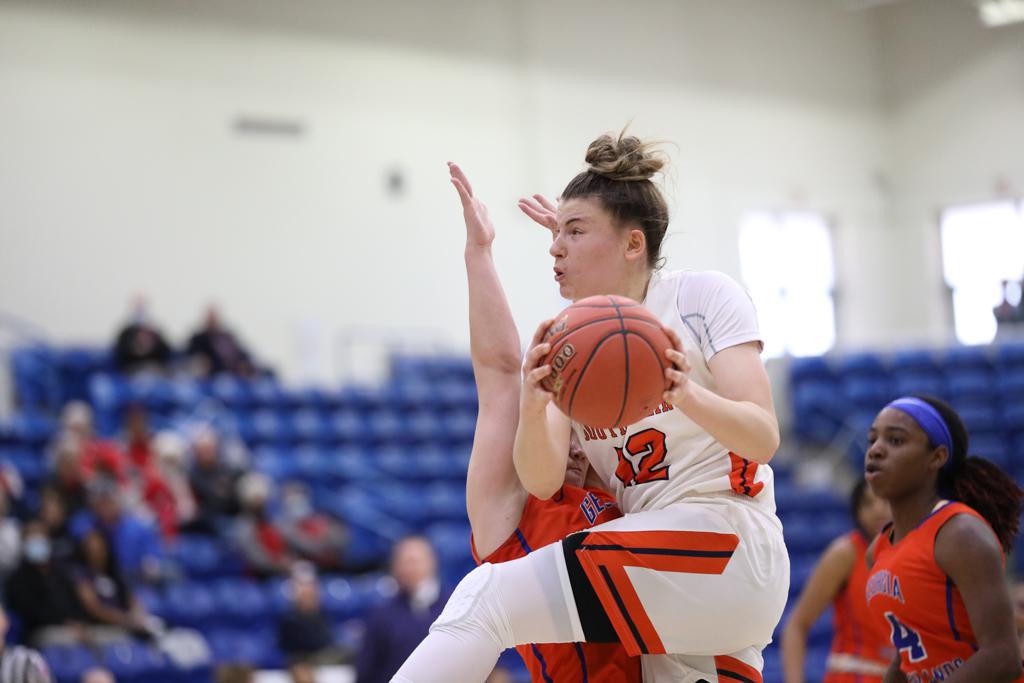 South Plains will match up with No. 5 Northwest Florida State at 5 p.m. on Thursday in the quarterfinal round.

The Lady Texans were locked in on the offensive end to begin the contest, shooting 51.6 percent in the front half as they took a 33-24 lead into the break. SPC would use a 14-4 run to close out the first half capped by a 3 from the right corner from sophomore Shalya Moseberry, who finished with 16 points and was 5 of 6 from distance over 27 minutes.

South Plains (20-3) held a Georgia Highlands (21-4) team that came into the national tournament averaging 80.3 points per game to just 49 points, 22 below its lowest scoring effort of the season. The Lady Chargers shot just 23.4 percent (15 of 64) from the field.

Raiders Shake Off Slow Start to Down Otero 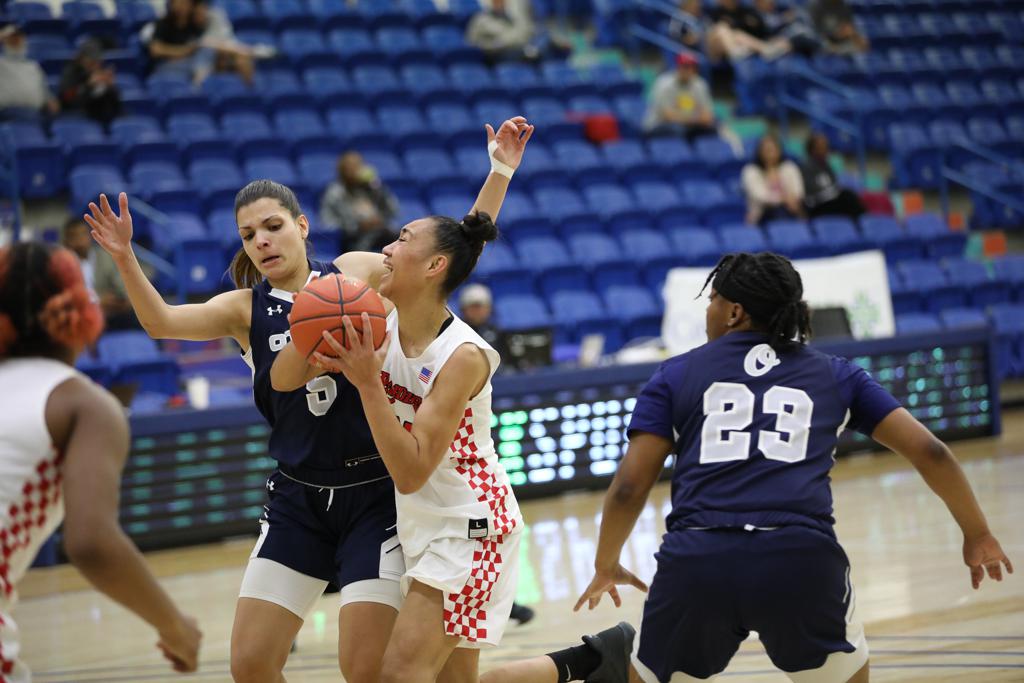 Northwest Florida’s suffocating defense was on full display as the fifth-seeded Raiders shut down 21-seed Otero, 67-43, in the second round of the NJCAA Women’s Basketball Championship in the Rip Griffin Center on Wednesday.

With the win, the Raiders (21-2) advance to Thursday’s quarterfinals where they will face No. 4 seed South Plains College at 5 p.m. Otero, which upset Butler Community College in the opening round on Monday, ends its season at 18-4.

Raiders Mutanda finished with a game-high 15 points on 6-of-15 shooting. Shelbee Brown was stellar throughout the contest adding 14 points, 10 rebounds, and three steals. Poa had 12 points and three assists.

Mafua led the Rattlers with 13 points. 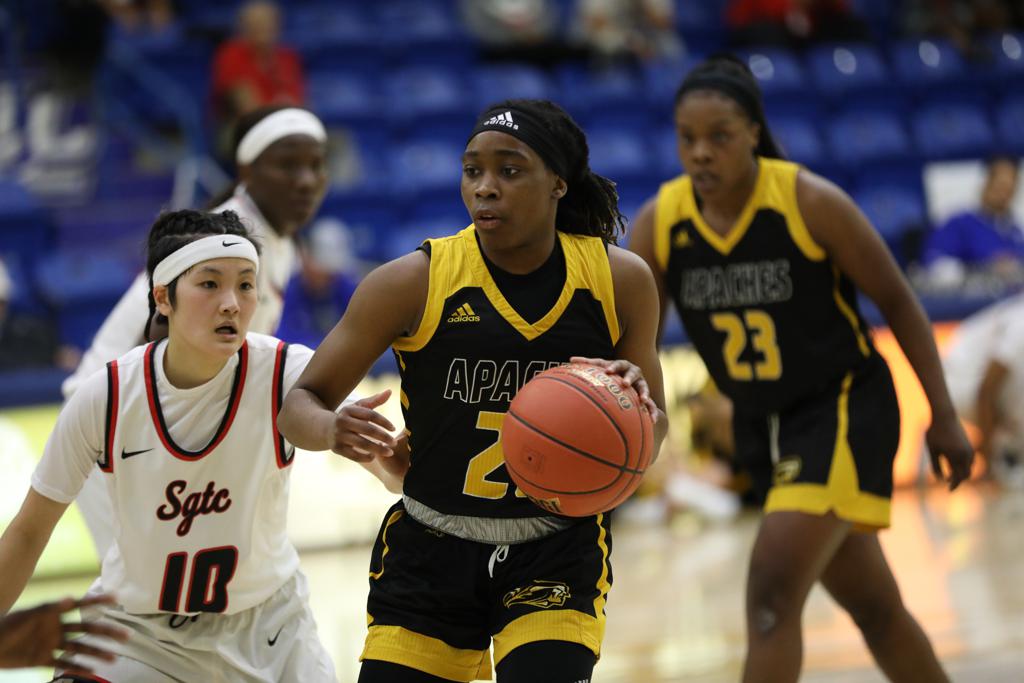 The first half of their second-round game at the NJCAA Division I Women’s National Championships, confidence was the best friend of the 11th-seeded Tyler Junior College Apaches, and they embraced their new compadre to the tune of a strong defensive effort and timely shooting for a 72-53 upset of No. 6 seed South Georgia Tech.

Taryn Wills and Veonce Powe combined to score 33 points, each taking turns with the hot hand, and the Apaches held the Jets to 24 points below their offensive season average in securing the win. 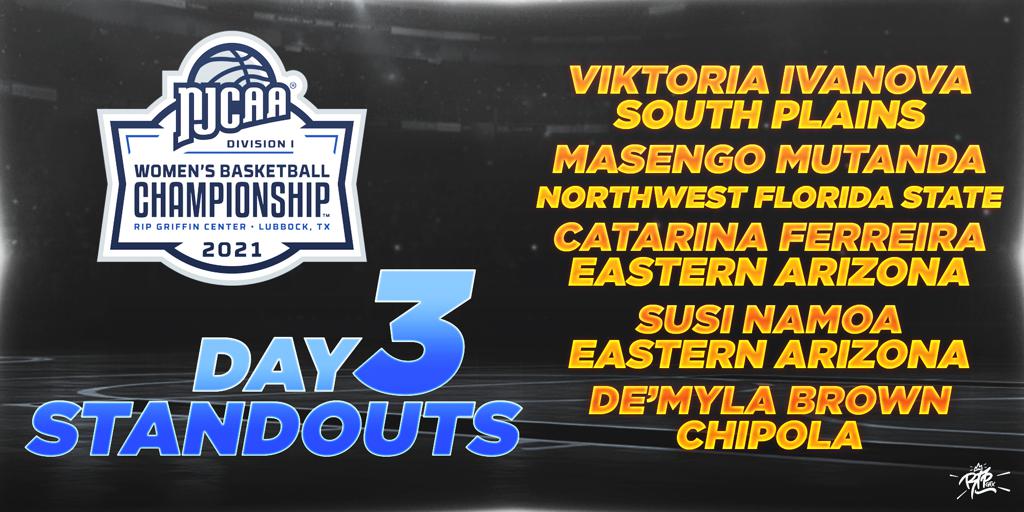