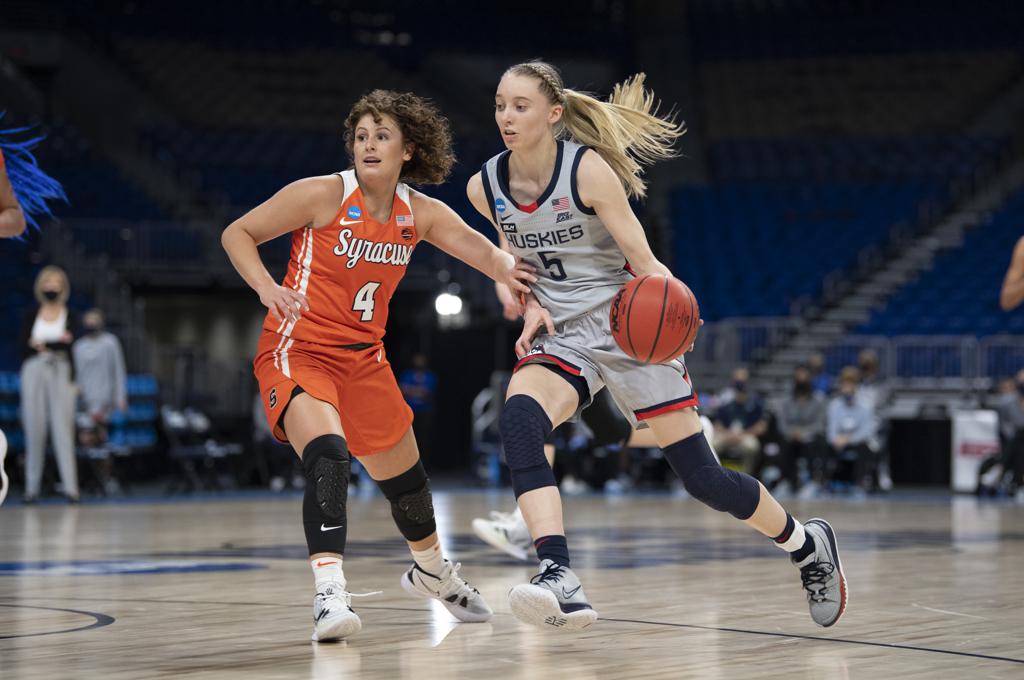 With a spot in the Elite 8 on the line, the top-seeded UConn Huskies will take on the No. 5 Iowa Hawkeyes.

Buckers, who set a UConn record with the most points (24) in a women’s NCAA tournament debut, is looking to become just one of three freshmen ever to lead their team in scoring on the way to a national title.

As she showed in her 35-point performance against Kentucky, Clark is remarkably just as good. A certified bucket, Clark led the country in scoring with 26.5 points per game while shooting 48.7% from the floor and 42% from deep.

The polarizing freshmen have created a buzz around the women's NCAA Tournament, and will play their first college game against each other on Saturday in front of a captivated national television audience.

In the Sweet 16 for the first time in program history, No. 6 Michigan will look to continue making history when it faces No. 2 Baylor.

The Wolverines and Lady Bears are meeting for the second time in the last four seasons, with their last matchup taking place in the 2018 NCAA Tournament. Baylor routed Michigan in that meeting by a score of 80-58.

The game will feature a pair of Wade Trophy and Katrina McClain Award finalists in Michigan's Naz Hillmon and Baylor's NaLyssa Smith.

As both sides took care of their opponents in the previous rounds with tenacious defense, the more physical team that is able to overcome opposing ball pressure will likely come out with a victory. 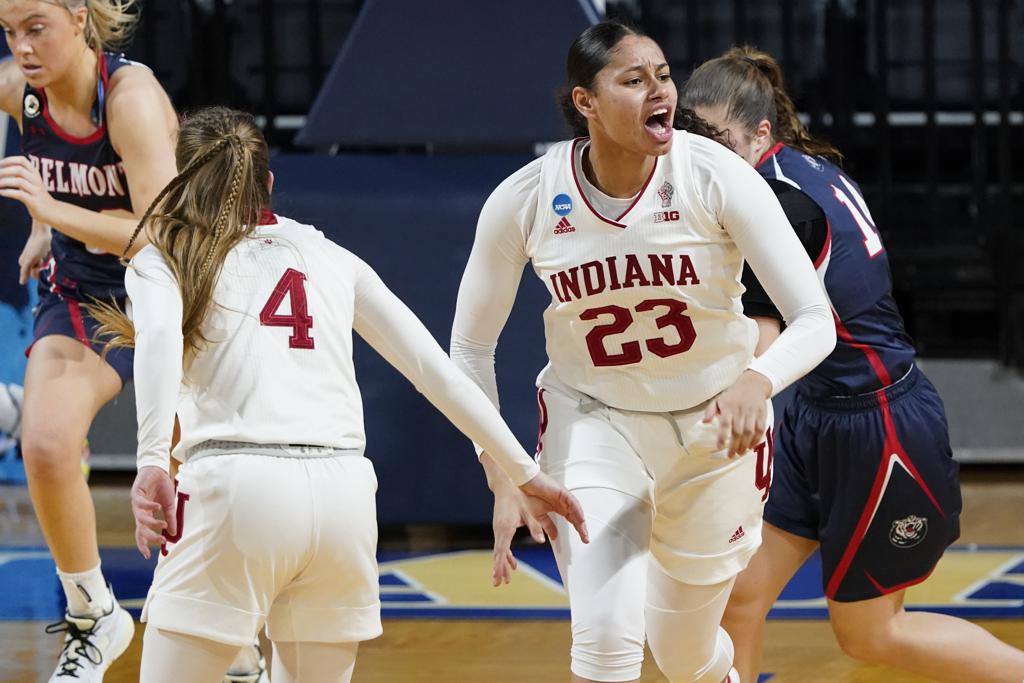 Indiana is making its second trip to the Sweet 16 and first since 1983, when the NCAA Tournament was a 36-team event. The Hoosiers, a No. 4 seed in the Mercado Region, will take on top-seeded NC State.

An intriguing matchup featuring offensive talent, the Wolfpack average 77.5 points per game, with the Hooisers right behind them at 75.4 points. Remarkably, the Wolfpack are 20-2 when they score over 59 points.

In terms of players to watch, look out for Indiana’s Mackenzie Holmes, who leads Indiana in both scoring and rebounding at 18.0 points and 8.0 rebounds per game.

For the Wolfpack, Elissa Cunane leads the way with 16.5 points and 8.3 boards per game, in addition to a superb 85 percent from the charity stripe. 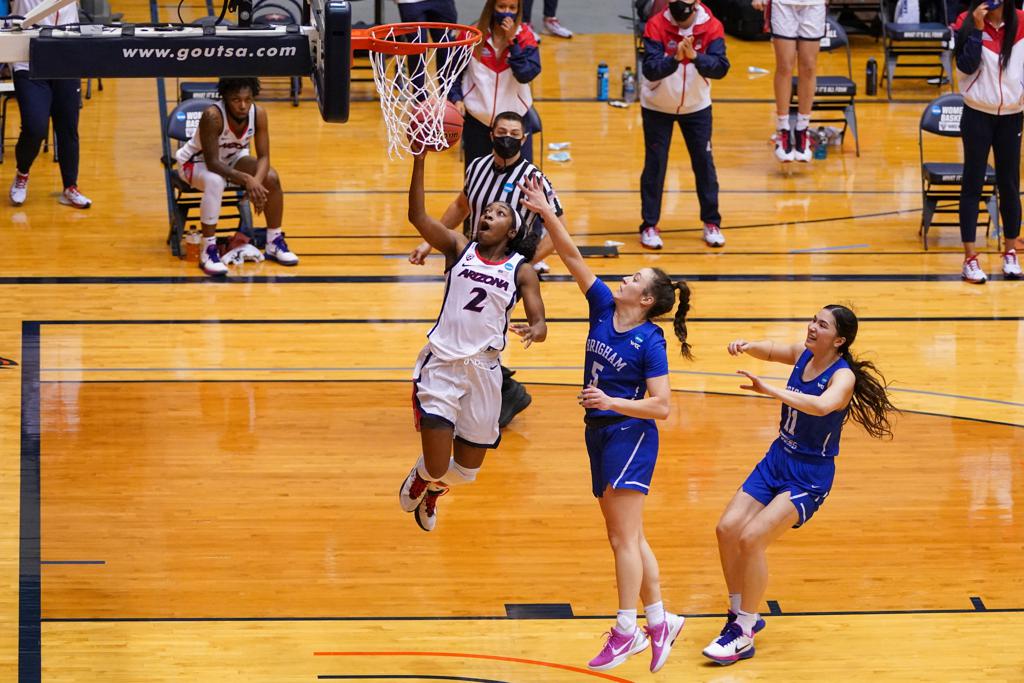 Though people outside of College Station may claim that close games and controversial officiating have followed the Aggies through the first two rounds, they will nevertheless look to seal a spot in the Elite 8 with a win over the Wildcats.

For No. 3 Arizona, a win would clinch the first appearance beyond the Sweet 16 in program history. The Wildcats are led by Aarion McDonald, whose 19.0 points and 4.3 assists per game are both team-high figures.

The Aggies are an experienced team, led by four seniors and a sophomore. Texas A&M’s well-balanced offense that employs a three-guard lineup, in which all five starters average double-digit scoring.

In addition, a point of emphasis for the Wildcats will be to close out and run the Aggies off the 3-point line, as they are one of the most efficient 3-point shooting teams in the country (37.6%).

However, the Aggies have also been outrebounded by both of its previous opponents. If the Wildcats can limit second-chance opportunities and knock down timely 3-pointers, they can very well pull off the upset.

The Gamecocks enter the matchup with a 76.2 points per game average, 15.3 more than the 60.9 Yellow Jackets give up per contest.

Aside from generating defensive stops, if Georgia Tech wants to pull off the upset, it will need a big game from Lotta-Maj Lahtinen, who leads the team in scoring and averages 14.1 points, 3.5 assists and 1.9 steals per game. 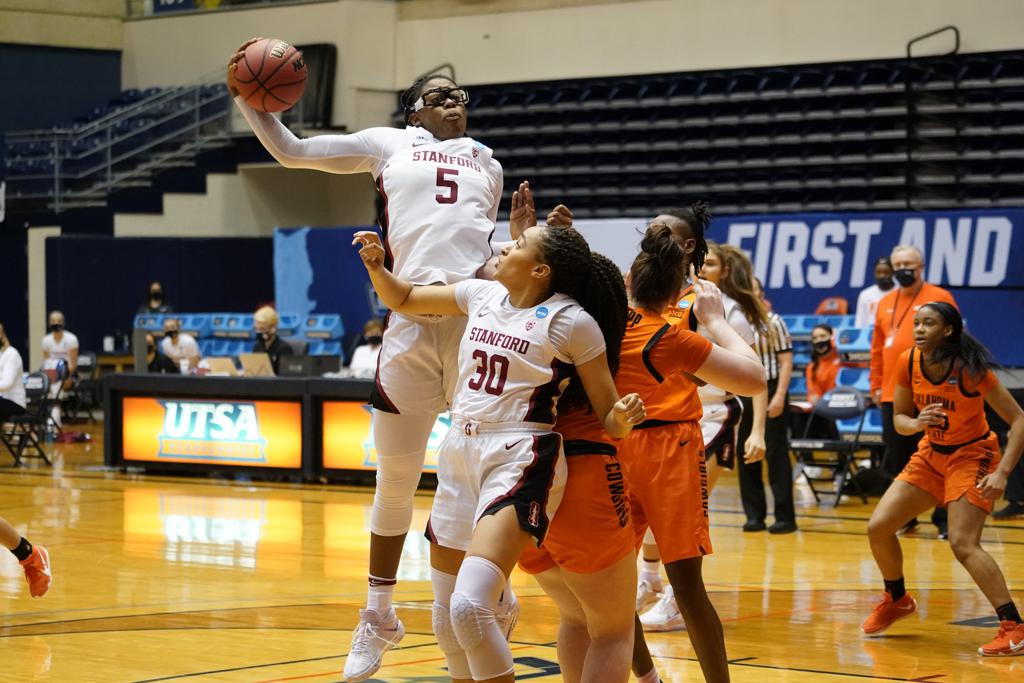 The No. 5 Missouri State is headed into their Sweet 16 matchup against the No. 1 Stanford with a load of confidence, as Elle Ruffridge's 20 points helped lead the Lady Bears to a 64-39 rout of Wright State in the team's last game.

Stanford defeated the Lady Bears in their last Sweet 16 appearance in 2019 when the two faced off in Chicago. The Cardinal earned a 55-46 victory in what was a defensive slugfest, with both teams shooting worse than 26 percent. The game was also Missouri State's final under head coach Kellie Harper.

Stanford heads into the matchup tallying 78.6 points per game, 22.7 more than the 55.9 Missouri State allows per contest. In addition, the Cardinal has a knack for out rebounding their opponents.

In addition to limiting second-chance points and turnovers, the Lady Bears will need a solid performance out of Brice Calip, who leads her team in points (13.2) and assists (4.0) per game 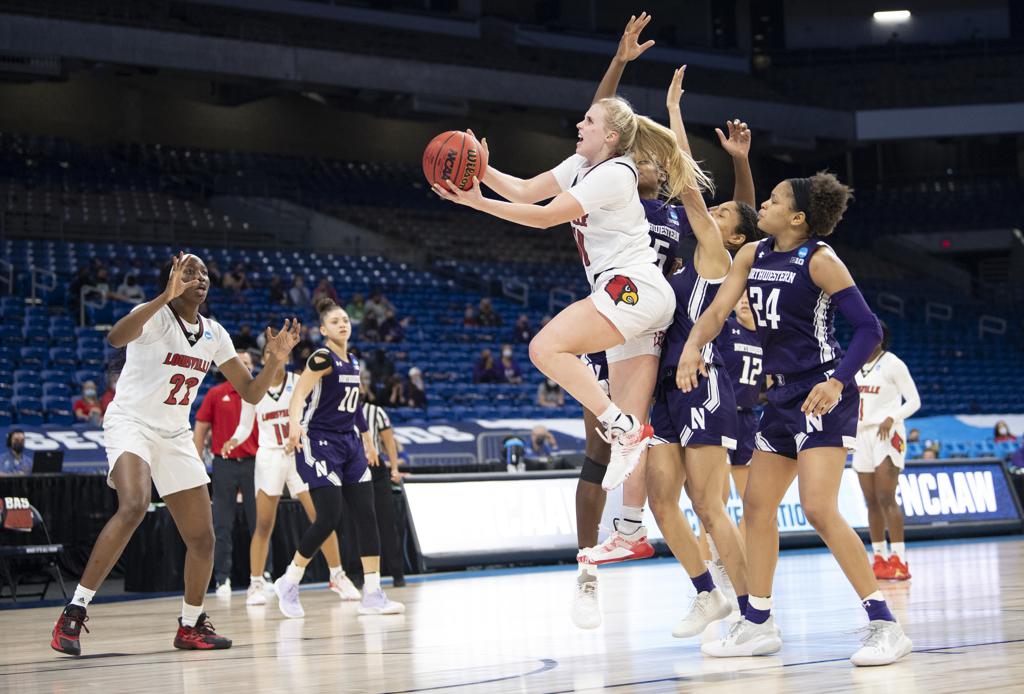 No. 6 Oregon will take on one of the best individual players remaining in the tournament, when it faces All-American Dana Evans and No. 2 Louisville.

Evans, a two-time ACC player of the year, is averaging 19.6 points and 4.0 assists. Despite being listed at just 5-foot-6 in double figures in 40 straight games, the longest streak in the last 20 years of her program.

The Ducks will look to take advantage of their size advantage on the glass, as Louisville is an undersized team that may have a hard time matching the length of Sedona Prince and Nyara Sabally. 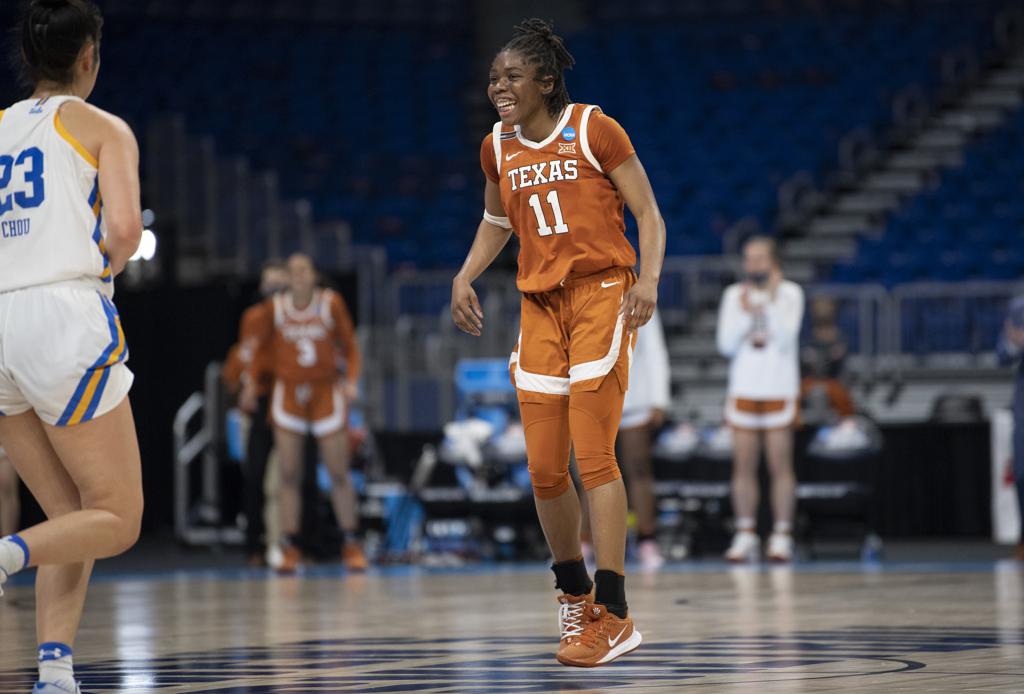 Having dominated the field thus far, No. 2 Maryland will look to carry over that momentum into its showdown with No. 6 Texas to close out the action in the Sweet 16.

Maryland has put up a ridiculous 91.8 points per game this season while Texas is allowing 62.7 per contest. Shooting 79.2 percent from the charity stripe as a team, the Terrapins’ superb free throw shooting has been a huge plus throughout the tournament as well.

Charli Collier is the leader for Texas in both scoring and rebounding with 19.6 points and 11.5 boards per game. In order to keep pace with the offensive juggernaut that is Maryland, the Longhorns will need Celeste Taylor (12.5 points per game), and Joanne Allen-Taylor (12.2 points per game) to bring their ‘A’ games as well.