Inside Day 1 of the NCAA Women's Basketball tournament

Catching you up on what you might have missed. 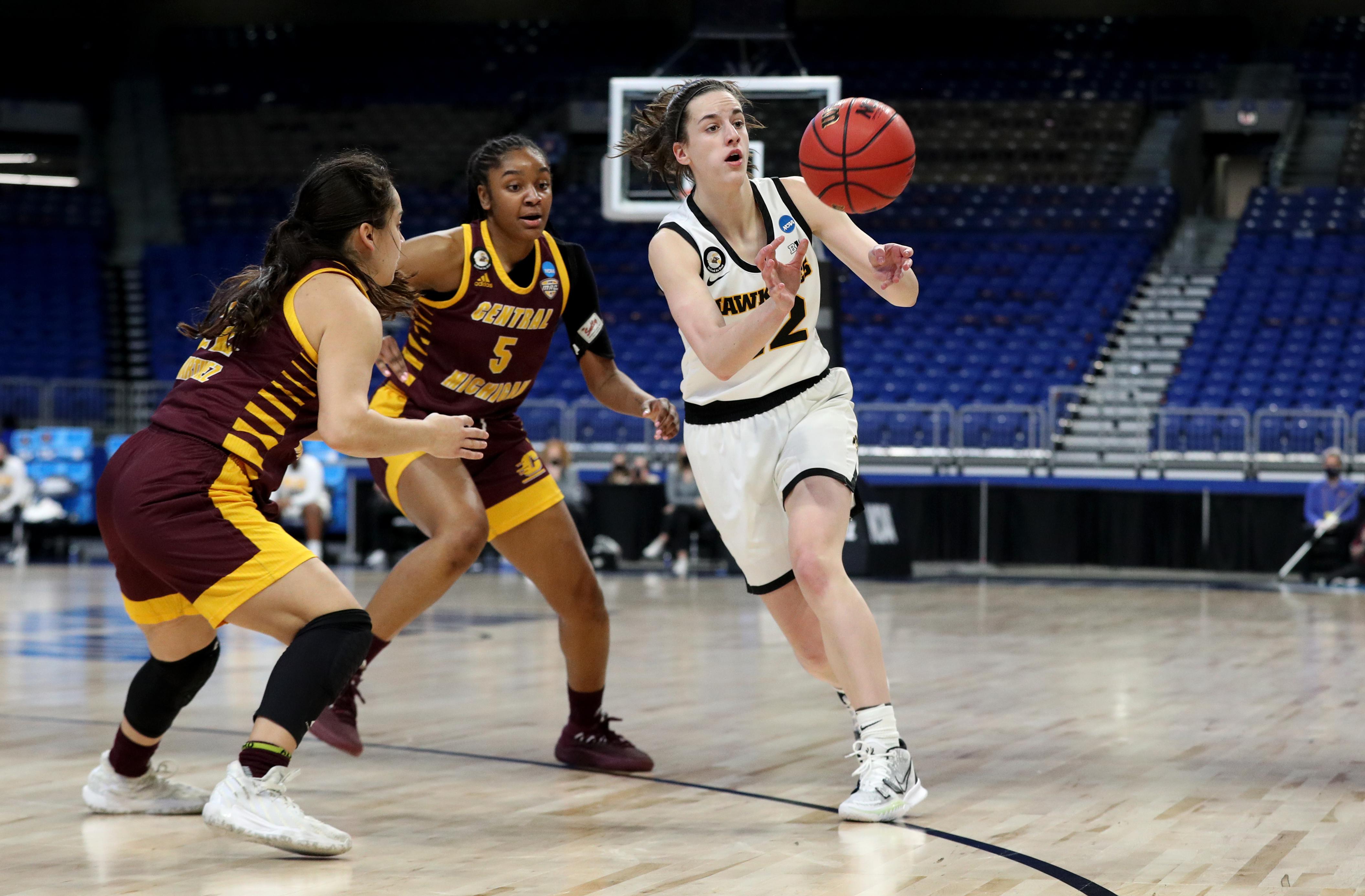 Iowa Hawkeyes guard Caitlin Clark (22) dishes off a pass against the Central Michigan Chippewas In the first round of the 2021 NCAA Women’s Basketball Tournament Sunday, March 21, 2021 in San Antonio, Tx. (Stephen Mally/hawkeyesports.com)

FRESHMEN INTRODUCED THEMSELVES TO MARCH MADNESS

Caitlin Clark
Clark delivered as she has done all season in her NCAA Tournament debut.

She scored 23 points, grabbed 7 rebounds, and dished out 7 assists in Iowa's 87-72 win over Central Michigan.

Paige Bueckers
Bueckers finished with 24 points- the most by a UConn player in her first NCAA Tournament game, nine rebounds, six assists, four steals and two blocked shots as UConn breezed past No. 16 High Point 102-59 in the first round of the River Walk Region, returning to the Alamodome for the first time since the Huskies won the 2010 national championship in the arena.

Walker led the Cougs in scoring for the 22nd time this season. She had 18 points, 5 rebounds, and 5 assists.

Build Dawn Staley a statue next to Aja Wilson this summer. 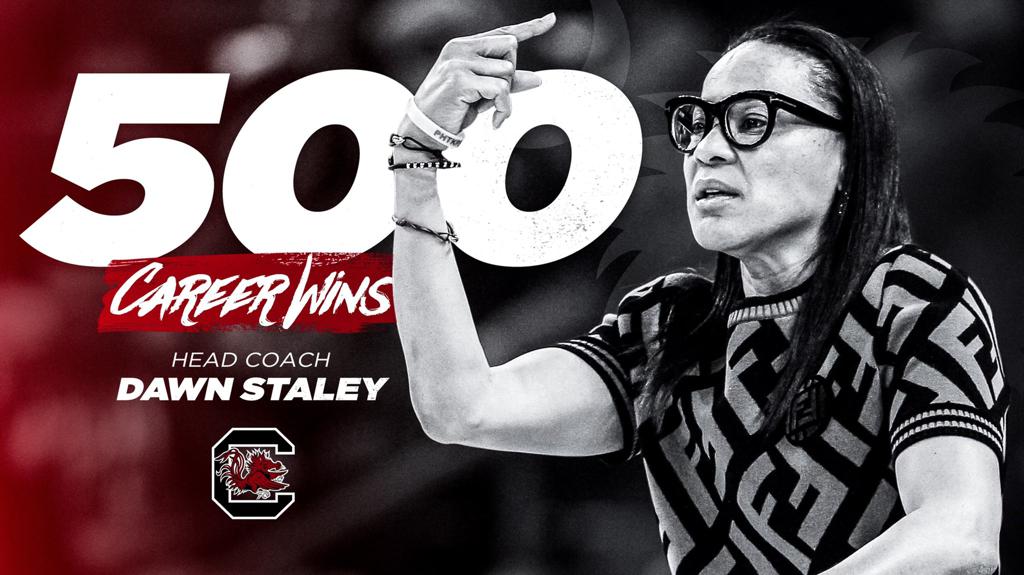 MACK DESERVES TO BE THE WNBA No. 1 DRAFT PICK

Before the Big 12 tournament, Mack, the nation's top shot blocker won the Defensive Player of the year honors and ranked in the top 10 nationally in multiple categories:  third in double-doubles (16), fourth in defensive rebounds per game (9.2), fourth in field goals made (204),fourth in rebounds (296) and eighth in rebounds per game (12.3). Earlier in the season, she recorded a rare triple-double with 28points, 17 rebounds and 10 blocks. Mack is a finalist for the World Exposure Report Junior College Transfer of the Year, a semifinalist for the Naismith Defensive Player of the Year, a finalist for the Katrina McClain Award and on the national ballot for the Naismith Trophy.

Mack was named to the Big 12 All-Tournament team after being 2nd in Rebounding, 9th in scoring, 3rd in field goal percentage, 6th in steals. and 2nd in Blocks.

On Sunday night, Mack eclipse the 1,000 mark. The Senior who transferred from Angelina College had 27 points, 15 rebounds, and 4 assists. 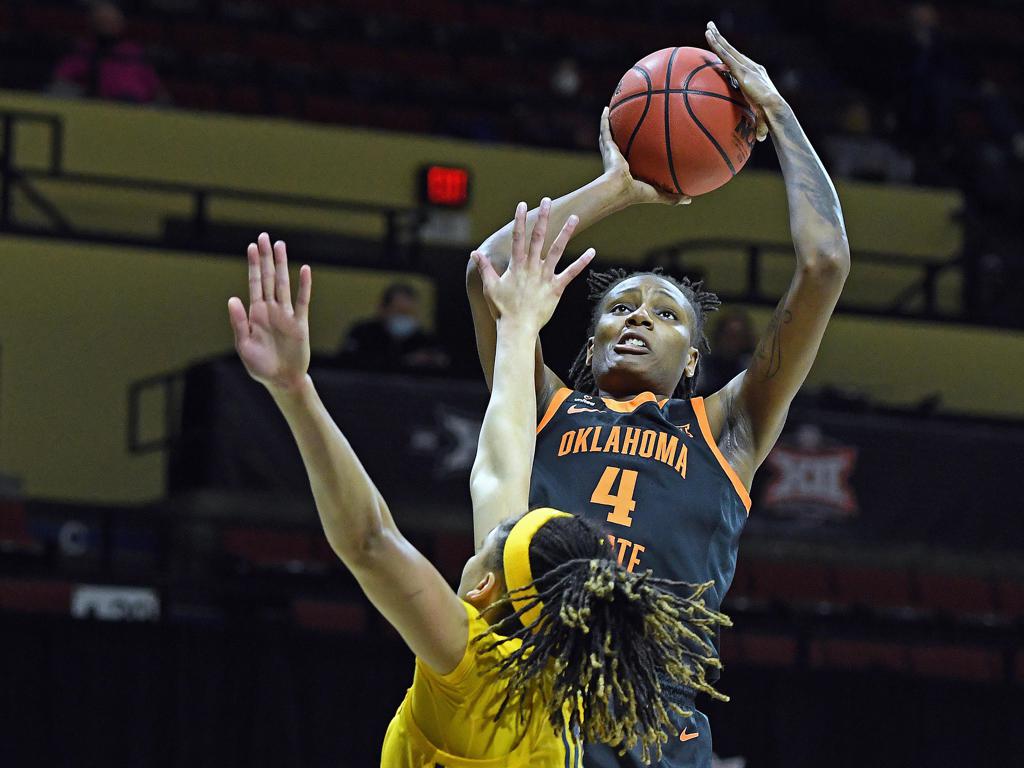 Baylor Bears
The national audience had the chance to see why the Bears are picked to win it all this year by World Exposure Report's Donnie Woods.

UConn Huskies
The young Huskies had no problem beating the Panthers 102-59 Sunday night at the Alamodome in San Antonio.

Olivia Nelson-Ododa had 22 points, and Aaliyah Edwards had a double-double (17 points, 12 rebounds).

Dailey is 11-0 filling in for Auriemma over their time together at UConn (25-1).

Rae and Rennia went 17-27 combined with 46 points. Rennia Davis led No. 13/15-ranked Tennessee in scoring, posting double-double with 24 rebounds and 14 rebounds and Junior Rae Burrell chipped in 22 points and 7 rebounds.

The dynamic duo, have the Lady Vols playing Michigan on Tuesday. 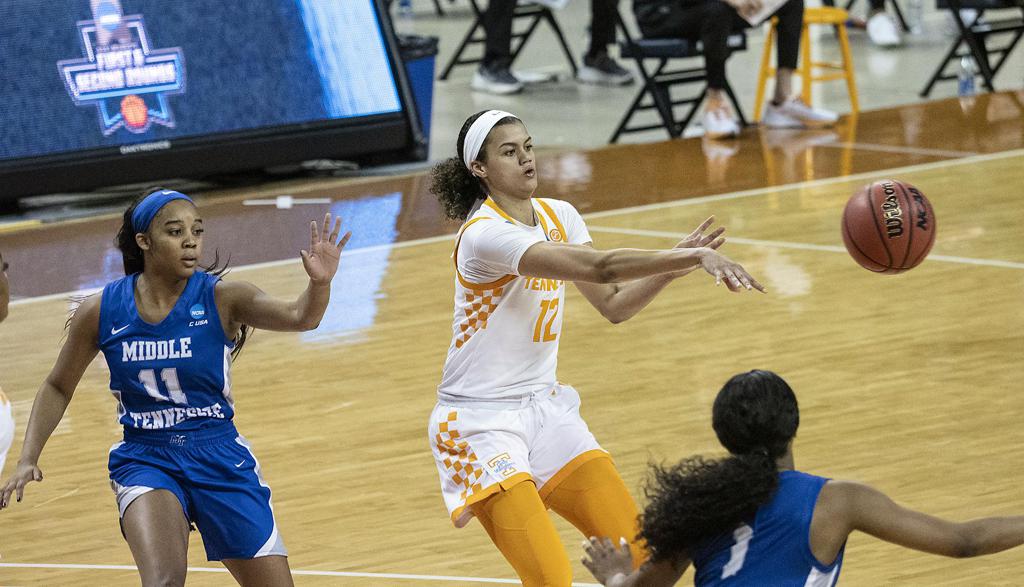 If you enjoyed this content, please consider donating to World Exposure Report for $10 a month or $70 for the year.