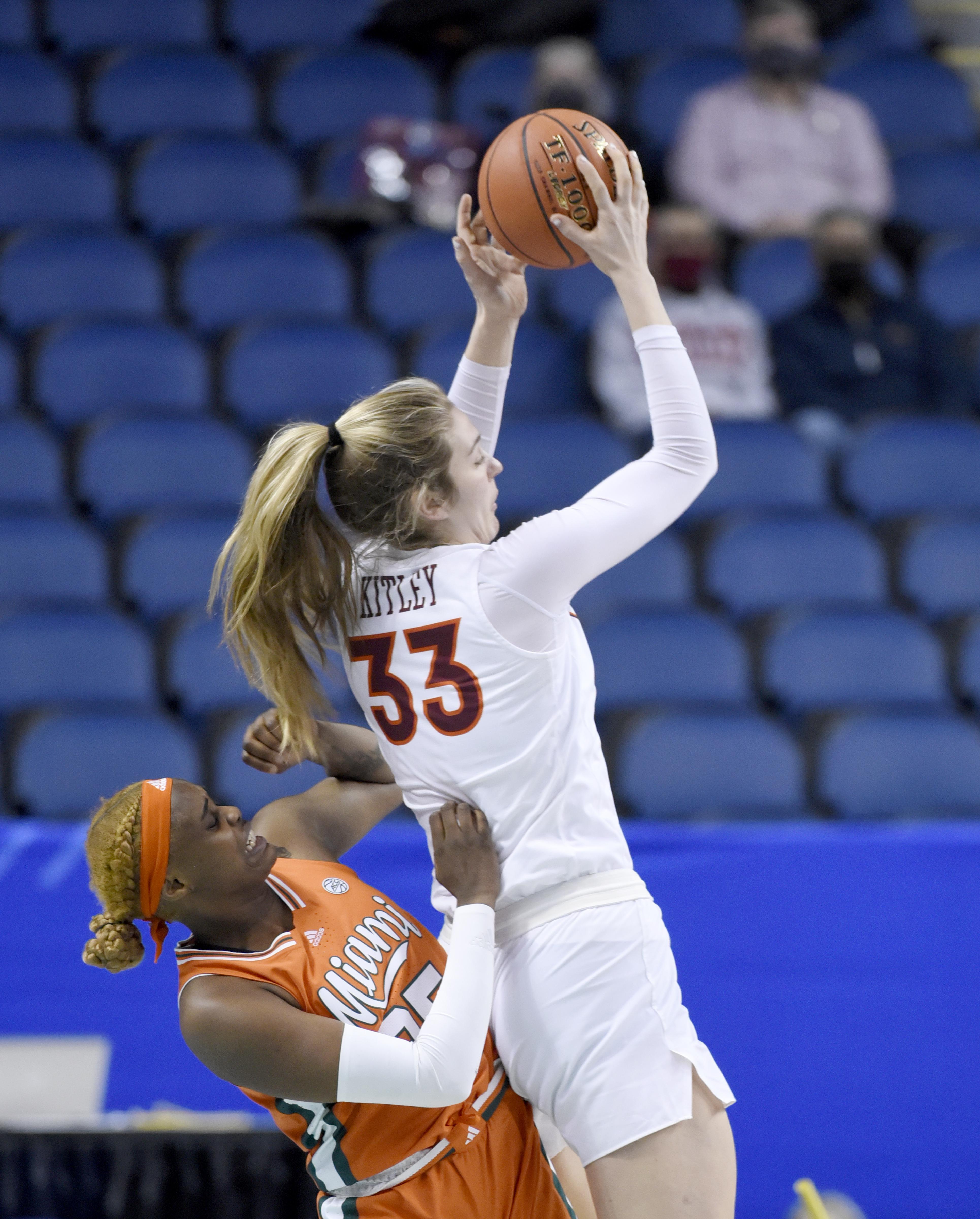 The Naismith Memorial Basketball Hall of Fame and the Women’s Basketball Coaches Association announced today the five finalists for the 2021 Lisa Leslie Center of the Year Award. Named after the three-time All-American,1994 National Player of the Year and Class of 2015 Hall of Famer, the annual award in its fourth year recognizes the top centers in NCAA Division I women’s college basketball.

Kitley, a First Team All-ACC honoree ranks among the top four in the league in points, rebounds, field goal percentage, blocks and free throws, in addition to leading the conference in double-doubles with 13.

The Summerfield, North Carolina native is the only ACC athlete to register two 30-point scoring games this season and was one of two players to record a 20-rebound game, which she did in a contest vs. Wake Forest where she tied a school record with 21.

The Summerfield, N.C., native has scored in double figures in all but one game she played in this season, with three 20+ point outings and five double-doubles on the year. She shot 50+ percent from the floor in a total of 10 outings, including two perfect shooting nights against NC Central (6-of-6) and Boston College (9-of-9).

Nelson-Ododa leads UConn with 7.7 rebounds per game and paces the BIG EAST with 40 blocks and 1.8 blocks per game. She has seven double-doubles on the season and ranks 10th nationally with a 59.0 field goal percentage.

Nelson-Ododa was named the BIG EAST Co-Defensive Player of the Year and All-BIG EAST Second Team.

This month, the finalists will be presented to Ms. Leslie and the Hall of Fame's selection committee. The winner of the 2021 Lisa Leslie Award will then be determined by a combination of fan votes and input from the committee. Wolfpack fans are encouraged to participate in this year's Fan Voting, which goes live today and runs through March 19.