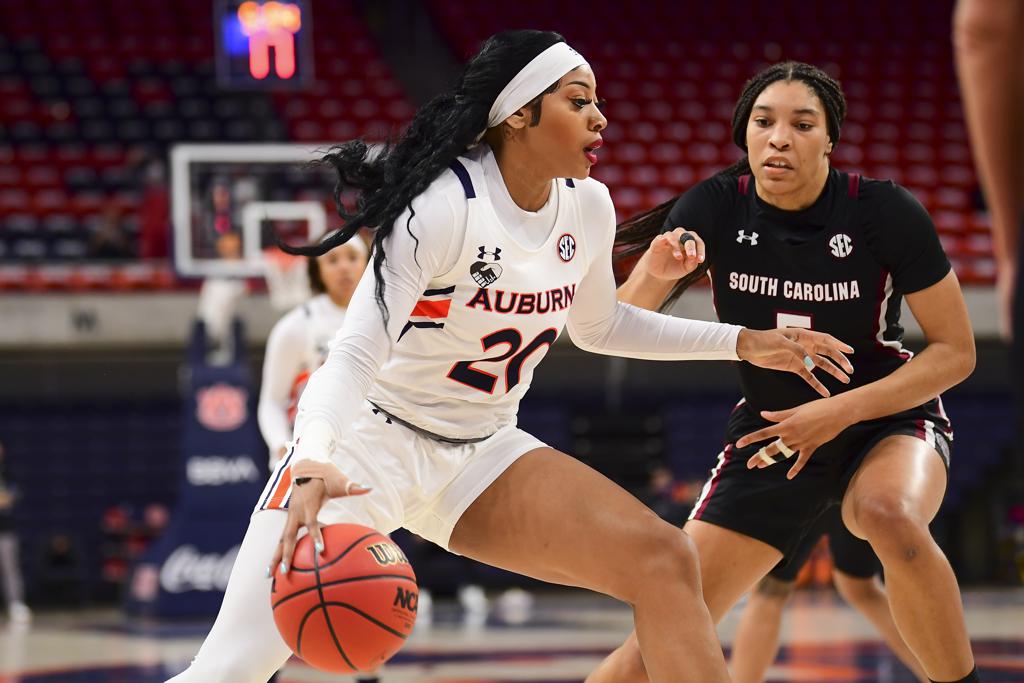 Unique Thompson, Auburn
Thompson, a 6-3 senior from Theodore, Ala., heads into this week’s play as the national leader in rebounds per game (14.0) and offensive rebounds per game (6.1). She is also Auburn’s leading scorer (17.8 ppg) and has 11 double-doubles in 13 games played this season.

N'Dea Jones Texas A&M
Jones is tied for the most double-doubles (12) in the country this season, and has the fourth most rebounds (183).

N'Dea Jones is averaging 13.7 points and 10.8 rebounds per game. She has led her team to a 16-1 record and a No. 7 ranking in the Associated Press Top-25 poll. She was recently named to the Naismith Women’s Defensive Player of the Year Watch List.

In March, five finalists will be presented to Mrs. McClain-Pittman and the Hall of Fame selection committee. Starting Five Fan Voting presented by Dell Technologies will go live on Friday, Feb. 5, at noon CT on HoopHallAwards.com.

The winner of the 2021 Katrina McClain Award will be presented Friday, April 9, along with the other four members of the Women’s Starting Five.