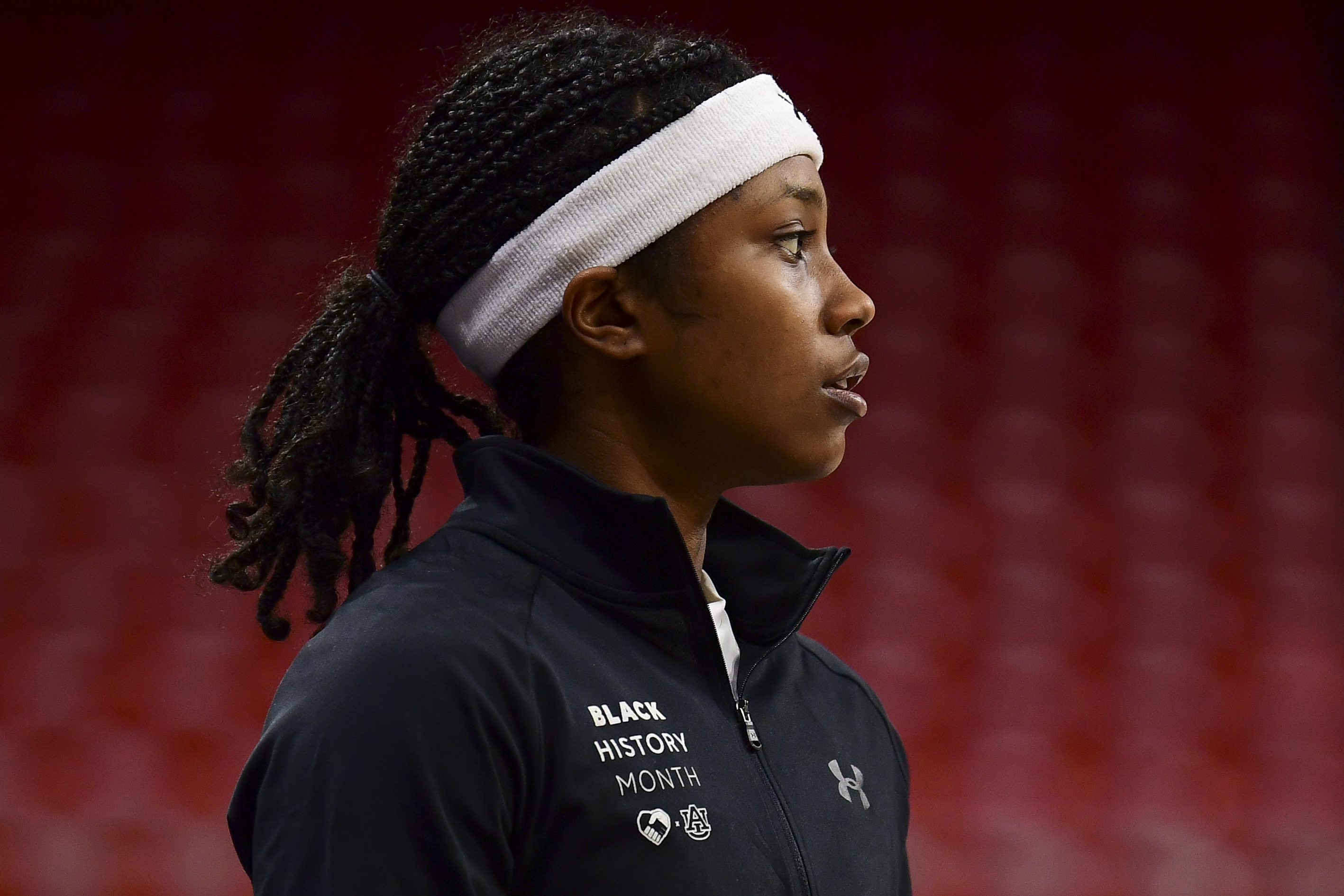 South Carolina 77, Auburn 58
Honesty Scott-Grayson led Auburn with 15 points while also pulling down four rebounds. Unique Thompson added 10 points and eight rebounds along with a team-leading three steals. And Romi Levy was 3-of-5 from 3-point range for a nine-point effort; she also had five rebounds and led Auburn with three assists. Alaina Rice added eight points.

Auburn shot 19.4% in the first half against South Carolina.

Freshman Madison Scott received her third All-SEC Freshman of the Week honor as she hauled in a career-high of 16 rebounds and 12 points for her second career double-double. The 16 rebounds against LSU stand as the highest amount of rebounds a Rebel freshman has made in a game since 2011. She is tied for 16th nationally among freshmen in rebounding with her average at 7.1 per game. Tonight, Scott had 9 points, 8 rebounds, and 2 blocked shots.

Aggies' Aaliyah Wilson finished the night with a stat line of 11 points, five rebounds and four assists. The senior scored in double figures for the 13th time this season and 32nd time in her career.

Senior Khayla Pointer led the way for the Tigers in the scoring column amassing 12 points. The rest of her stats line consisted of six rebounds, two assists, and a steal.