Tennessee 64, LSU 63
Senior Khayla Pointer had yet another strong performance, scoring at a high clip and facilitating the action on the court. She finished with 25 points, matching her season-high, and contributed three rebounds, three steals and five assists. With this performance, she jumps into the top-10 on the LSU career assists list, sitting at No. 9 with 387. She surpassed Latasha Dorsey (384; 1996-99) and Marie Ferdinand (384; 1997-01).

Alabama 80, Vanderbilt 56
Vanderbilt senior Chelsie Hall became the newest member of the program’s 1,000-point club Sunday at Memorial Gymnasium, but the Commodores fell to visiting Alabama 80-56 in the SEC opener for Vandy. 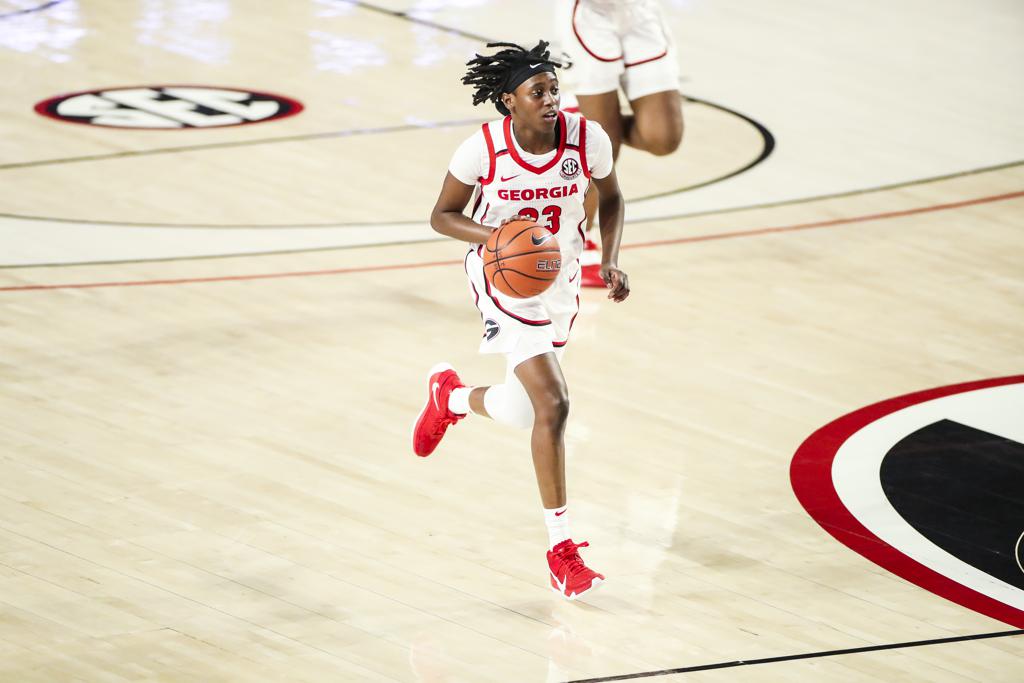 Lavender Briggs, who entered the game averaging over 20 points per game through three SEC contests, finished with a team-best 16 points to go with five rebounds while Kiki Smith tallied 13 points, seven rebounds and six assists in what was her best performance in the young conference season. Joining Florida's dynamic duo in scoring was Kristina Moore, who finished just one off a career best with 11 and Nina Rickards, who added 10 points and three rebounds. The group combined to score 50 of Florida's 58 total points.

UGA's senior center Jenna Staiti scored a game-high 17 points including 13 during a critical third period in which the Lady Bulldogs outscored the Gators, 22-14.

Aaliyah Wilson, who transferred from Arkansas to Texas A&M, led the Aggies with 27 point and Dungee led the way for Arkansas (10-4, 1-3) with 21 points.

Mississippi State Jessika Carter notched 11 of her 19 points over the game's final 20 minutes.

Rebels got a career game from redshirt sophomore guard Donnetta Johnson. She scored 25 points on 11-of-22 shooting to best her previous career high of 21 points.

Kentucky 70, South Carolina 75
Destanni Henderson scored 22 points and Aliyah Boston added 20, including 10 in the third quarter to put No. 5 South Carolina ahead to stay as the Gamecocks rallied for a 75-70 victory over No. 10 Kentucky on Sunday night.

Kentucky's Howard missed all five 3-pointers attempted but offset that with 13-of-25 shooting from the field, 6-of-6 from the foul line, seven rebounds and two steals in 38 minutes.