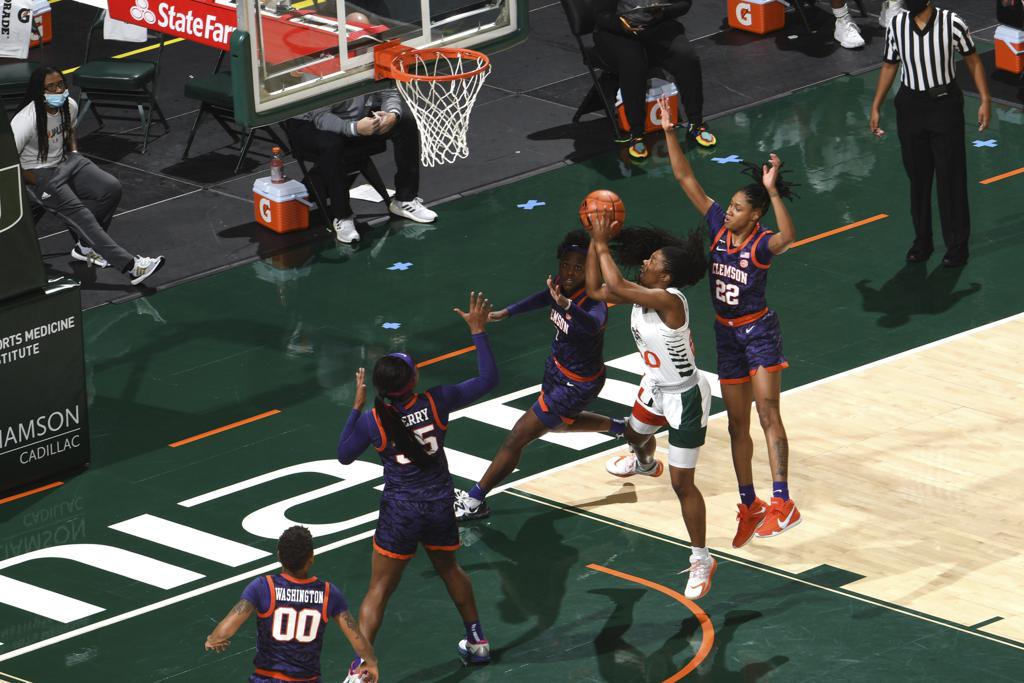 The 'Canes used a 13-0 run to gain control of the game in the second quarter, and Miami led 41-27 at halftime. The Hurricanes' advantage grew to 16 points early in the third quarter, but a 6-0 Clemson run trimmed the Tigers' deficit to 10 points. Later in the third period, Kendall Spray pulled off a 3-point play after netting a jump shot while being fouled and making the ensuing free throw. Entering the fourth quarter, the Tigers trailed 58-44. Another 6-0 run by the Tigers decreased Miami's advantage to 10 points, but the Hurricanes maintained their lead for the entirety of the final period and secured an 80-71 victory.

Clemson's Elliott went 7-for-12 from the field and finished with 17 points and five boards. Amari Robinson chipped in eight points, and Nique Cherry, who made all three of her shot attempts, tallied seven points. Miami's offense was commandeered by Endia Banks and Kelsey Marshall, who dropped 20 and 19, respectively. 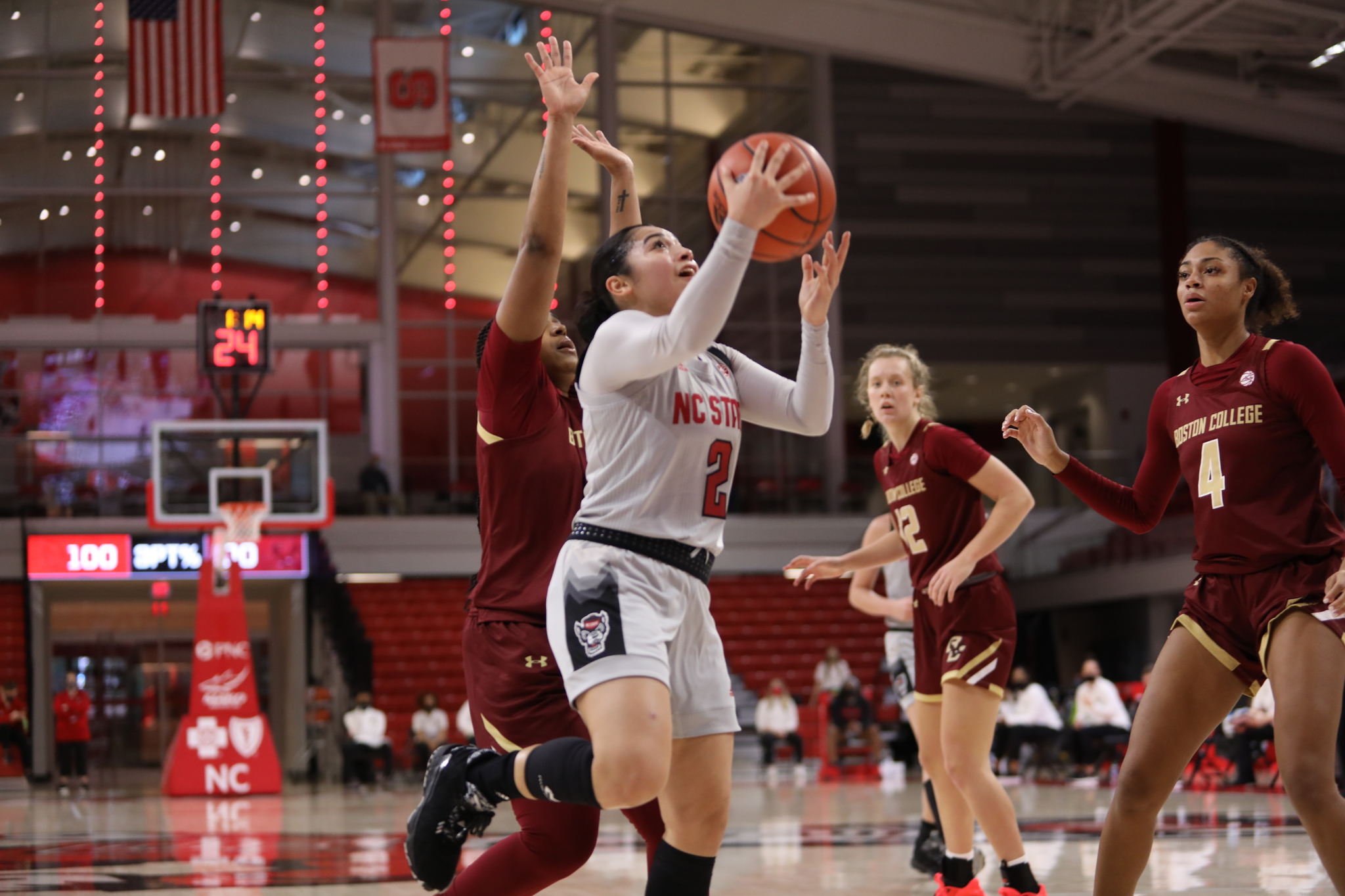 Raina Perez put up 16 points and finished just one assist shy of her first double-double as a member of the Pack.

Elissa Cunane led the way with a season-high 24 points in what was her third 20+ point performance of the year. The junior went a perfect 9-of-9 from the field, a success rate that ranks as the best single-game shooting performance by a Wolfpack player in Reynolds Coliseum and is among the best shooting outings in program history. Cunane added eight rebounds, a career-high three steals and two blocks to her stellar afternoon. 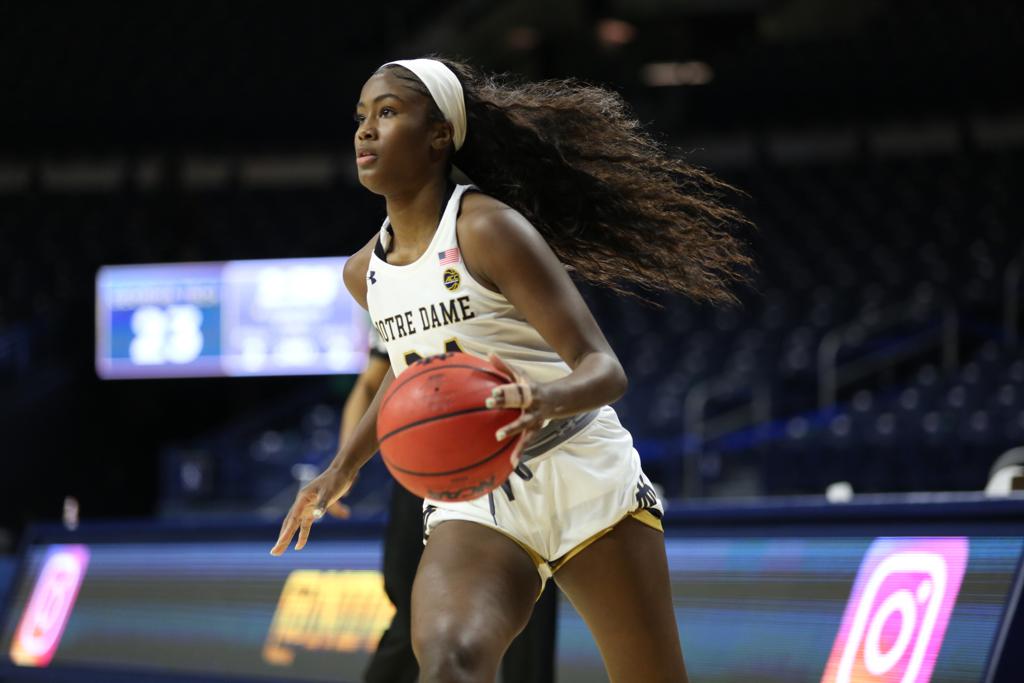 It was a gritty back-and-forth battle inside Purcell Pavilion on Sunday between the University of Notre Dame (5-4, 3-2) and Georgia Tech (4-3, 2-2), in a contest that featured 24 lead changes and nine ties. However, it was the Irish who lived up to their fighting moniker to edge out the Yellow Jackets, 69-67.

Notre Dame's Destinee Walker came off the bench to tally 15 points (13 in the second half), including the game-winning baseline jumper. This is Walker's their straight game coming off the bench and finishing in double figures.

Dara Mabrey produced another big second half for the Irish, where she scored 14 of her 16 points.

Georgia Tech's Lotta-Maj Lahtinen, who was averaging 25.3 ppg in ACC play entering today’s game, was held to 11 points on 5-of-12 shooting. Lorela Cubaj was also held to six points and eight rebounds.