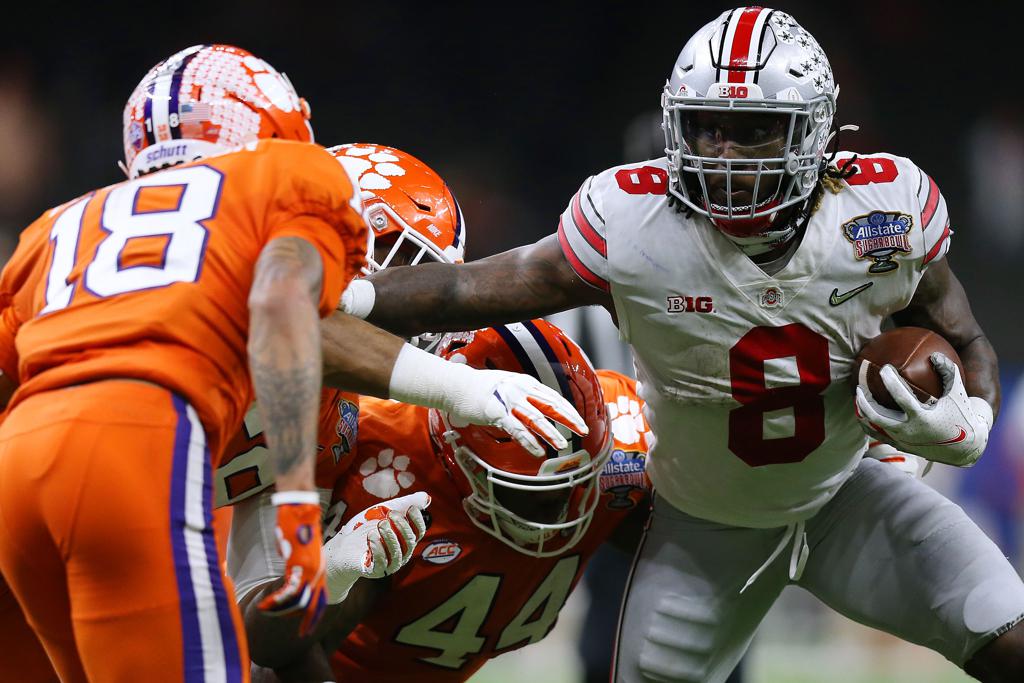 Sermon's strategy was to run right at the Northwestern in the Big Ten Title game and HE DID!!

Graduate transfer RB Trey Sermon broke Eddie George’s 25-year-old single game rushing record of 314 yards vs. Illinois in 1995 with 331 yards in the Big Ten title game win over Northwestern. The yardage total was the most-ever in a conference championship game, and Sermon’s 271 yards in the second half was the most in one half by a Buckeye (Ezekiel Elliott; 243 vs. Indiana in 2015). Sermon was named the game’s MVP.

Sermon ran for 1 touchdown and 193 yards on 31 carries, the  Ohio State defense largely held Clemson's offense in check, and the Buckeyes earned a trip to the National Championship game by beating the Tigers 49-28 in the Sugar Bowl on Friday night.

Heisman Trophy finalist Trevor Lawrence fell to 34-2 for his career as Clemson’s starting quarterback while throwing for 400 yards on 33-for-48 passing in the losing effort.

In addition, Travis Etienne, in his last collegiate game, found the end zone on a three-yard rush, and in the process became the ACC’s all-time leading scorer (468) surpassing Florida State kicker Dustin Hopkins’s record of 466 set from 2009-12.