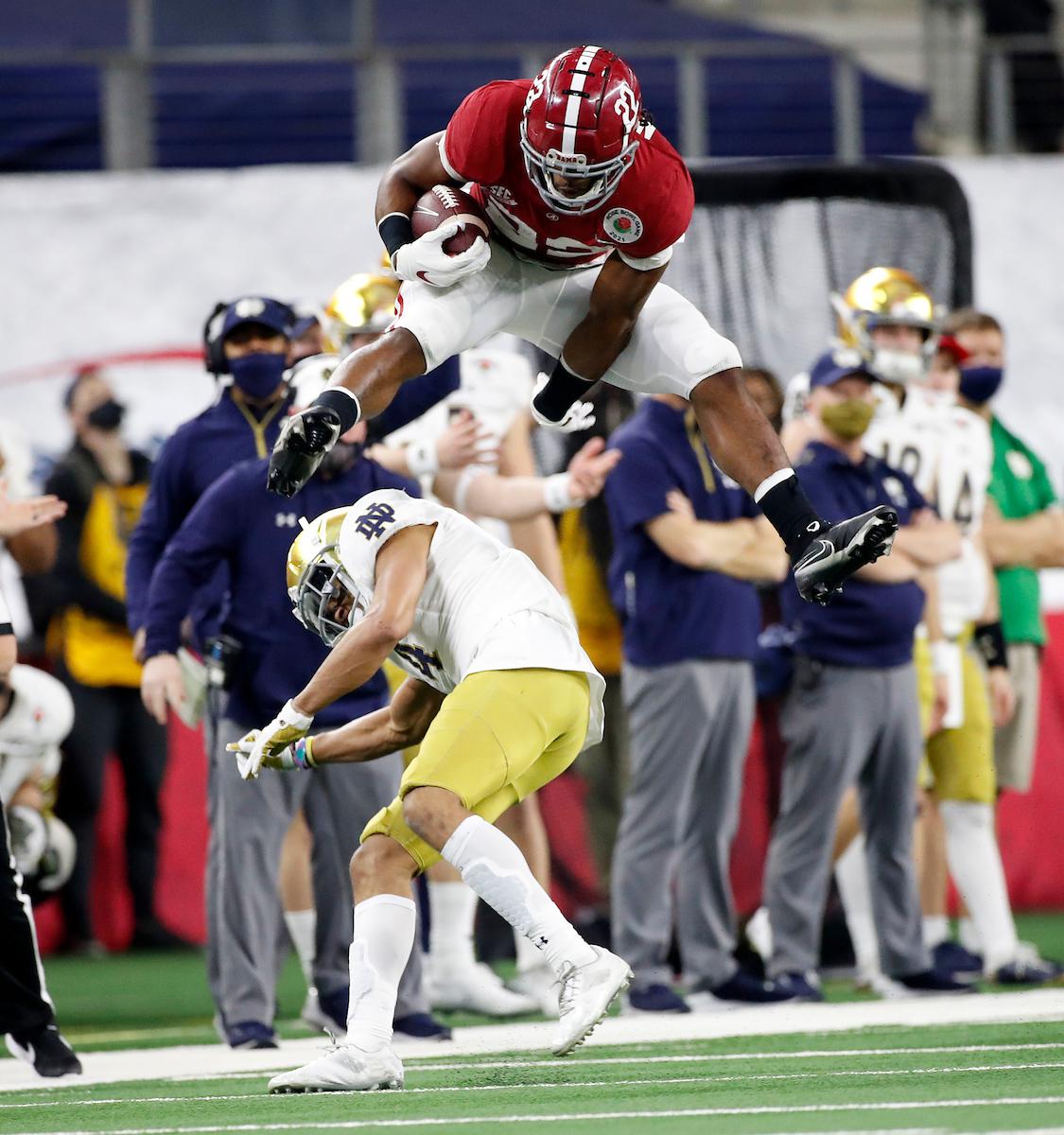 Alabama and Notre Dame  met for the eighth time in the history of the two storied programs. The Fighting Irish held a 5-2 lead in the series, but the Crimson Tide came out victorious in three of the last for matchups. Before today's win, Alabama last meetings was  at the BCS National Championship Game in Miami Gardens, Fla., with Alabama posting a dominant 42-14 win on the way to the program’s 15th national championship. Crimson Tide head coach Nick Saban is 5-0 for his career against ND.

Today's win for Alabama means they advance to play in its fifth CFP National Championship in the last six seasons.

Mac Jones was efficient in guiding the group completing 25 of 30 passes for 297 yards and four touchdowns, while Smith showed why the betting markets have him as the favorite to win the Heisman with his 130 yards and three touchdowns on seven receptions. Smith, named the Offensive MVP of the Rose Bowl, is a craftsman as a route runner and consistently won one-on-one battles against Notre Dame defenders.

Alabama will be looking to win its third national title in six seasons and sixth since 2009 under coach Nick Saban. The Tide will be playing in their eighth title game in 14 seasons under Saban.