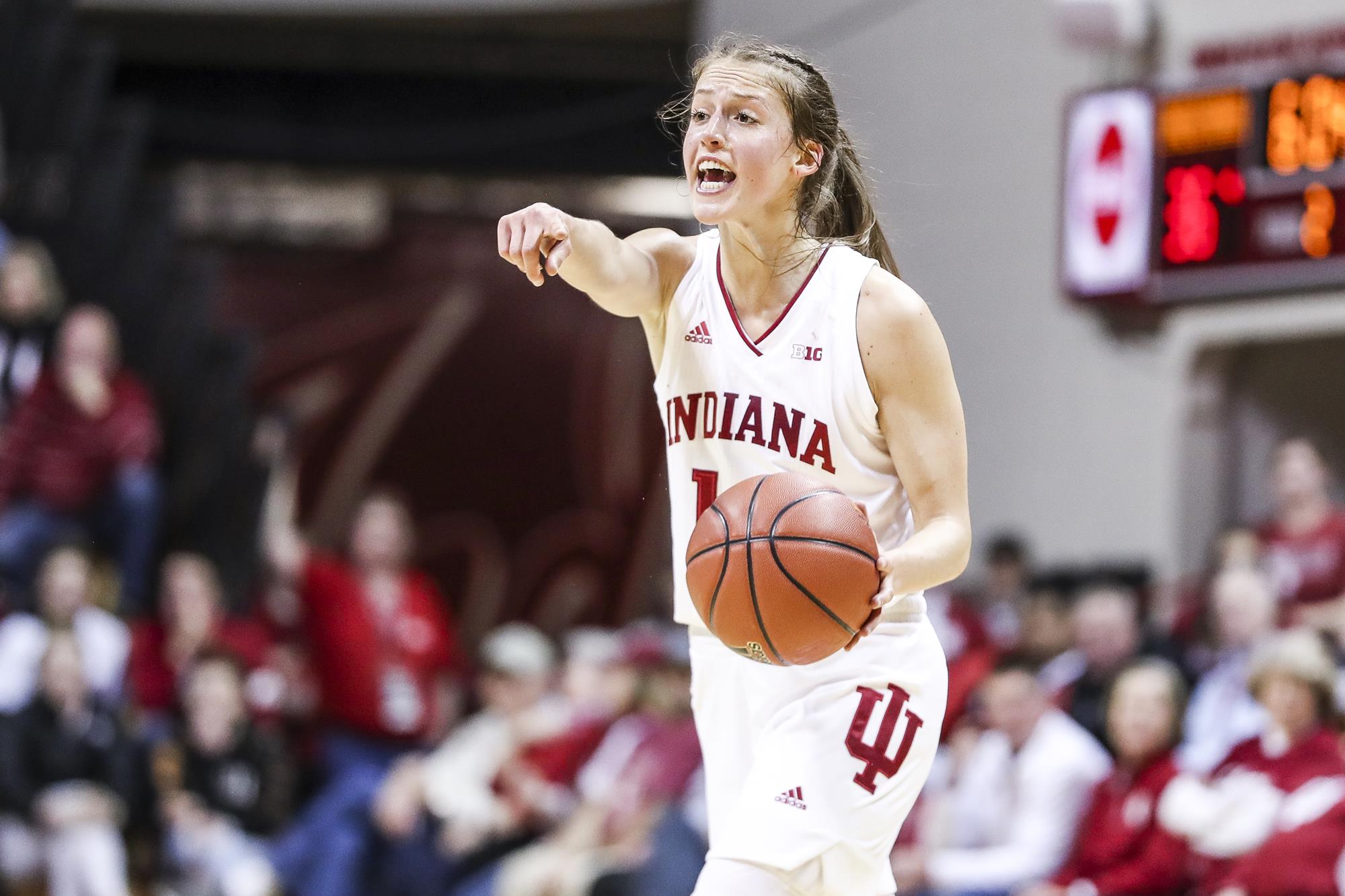 Ali Patberg Indiana
Patberg coming off an impressive junior campaign where she was selected as an All-Big Ten First Team and WBCA All-American honorable mention. She started in all 32 games and averaged a team-high 15.6 points, 5.3 assists, 4.6 rebounds per game while shooting 49 percent from the floor and a +2.2 assist-to-turnover ratio. The Columbus, Ind. was a top 10 finalist for the Nancy Lieberman Award in 2020 and is one of two top 10 finalists returning from last season. In addition to appearing on the nation’s top point guard watch list, Patberg also earned spots on the Wooden Award, Ann Meyers Drysdale Award and Naismith Trophy watch lists in the 2019-20 season.

Dyaisha Fair Buffalo
In her first season with the Bulls Fair ranked fourth in the nation in scoring (22 points per game). She also ranked third in points (660), and 21st in steals (83).

Micaela Kelly Central Michigan
She ranks fourth all-time among Chippewas in points per game (15.6) and is among the top 10 in nearly every statistical category.

Tiana England Florida State
England, a St. John’s graduate and Stamford, Conn., native, has 509 career assists to mark the most by any active Division I women’s basketball player. She started at point guard for the Red Storm in each of her previous three seasons and also led it in assists in each of those years.

She also became the fastest St. John’s player to reach 500 career assists, averaging an impressive 5.3 per game in her career.

Tra-Dayja Smith Longwood
Smith becomes the first player in Longwood history (and second in Big South history) to earn a spot on the preseason watch list.

Hailey Van Lith Louisville
Louisville freshman guard Hailey Van Lith has yet to play her first game for the Cardinals, but that isn't stopping the national expectations from surfacing.

Myah Taylor Missississippi State
Taylor ranked eighth in the country and led the SEC in assist/turnover ratio at 2.80. She paced the Bulldogs in assists (151) and ranked second in steals (63). She finished with a positive assist/turnover ratio in 26 games this season and recorded 15 games with at least five assists on the year.

Taylor averaged 5.6 points per game on 46 percent shooting from the field. She also posted 4.6 assists, 2.3 steals and 1.5 rebounds per game while starting all 33 contests for Mississippi State.

Raina Perez NC State
Perez shot 46.2 percent (239-of-517) during the 2019-20 campaign and is operating at a 42.7 percent success rate from the field on her career. During the 2019-20 season, she scored 30+ points in four outings, including a career-high 34 points on three different occasions. After starting all 31 games for the Titans, she posted double figures in all but one outing while also averaging 4.2 assists per game. For her career, she is averaging 14.4 points and 3.8 assists per game.

Cece Hooks Ohio
Hooks won the MAC Defensive Player of the Year last season for the second-straight season and was also named to the All-MAC first team and MAC All-Defensive team. Hooks became the career record holder for steals with 316, and finished the season fifth in the country at 3.7 steals per game. Hooks averaged a career-high 18.2 points per game.

Diamond Johnson Rutgers
Johnson is a two-time Gatorade Pennsylvania Girls Basketball Player of the Year out of Neumann Goretti High School, Johnson made history when Allen Iverson invited her to become the first female to integrate a men's national All-America game at the 24K Showcase at the 2020 Iverson Roundball Classic. She was also named to the prestigious Jordan Brand Classic, one of 27 invitees nationally.

Two years ago, Mangakahia received an Associated Press All-American Honorable Mention and was a Top 5 Finalist for the 2019 Nancy Lieberman Award. She was also named to the All-ACC First Team and was awarded the title the Syracuse Female Athlete of the Year.

Lauren Heard TCU
Heard is coming off an incredible junior season where she led the team in scoring (18.4 ppg), rebounds (6.6), assists (4.0) and steals (2.1). She ranked fourth overall in the Big 12 in points scored, was sixth in assists and second in steals. She is the only returning Big 12 player to rank among the top 10 in each of those categories.

Kyra Lambert Texas
Lambert is a graduate transfer from Duke who joined the Longhorns in April. After missing the 2017-18 and 2018-19 seasons because of a knee injury, Lambert made 21 starts during the 2019-20 campaign. She averaged 5.8 points and 1.7 assists per game during her final run with the Blue Devils.

Dru Glyten Utah
Glyten ranked second in the NCAA Division I among freshman last season in total assists (164) and first nationally among freshman in assists per game (5.5).

She earned Pac-12 All-Freshman first-team by both the coaches and the media and was a two-time Pac-12 Freshman of the Week after averaging 31.8 minutes, 8.8 points, 5.5 assists and 2.7 rebounds per game. She started all 30 of Utah's contests last season, finishing the year ranked fourth overall in the Pac-12 in assists per game.

Gallegos also led Conference USA in assists (154) in her rookie campaign, averaging 5.1 per contest, while she was third on the team in scoring with 9.6 points per game.

The winner of the 2021 Nancy Lieberman Award will be presented April 9, 2021, along with the other four members of the Women’s Starting Five. Additional awards being presented include the Ann Meyers Drysdale Shooting Guard Award, the Cheryl Miller Small Forward Award, the Katrina McClain Power Forward Award and the Lisa Leslie Center Award, in addition to the Men’s Starting Five.