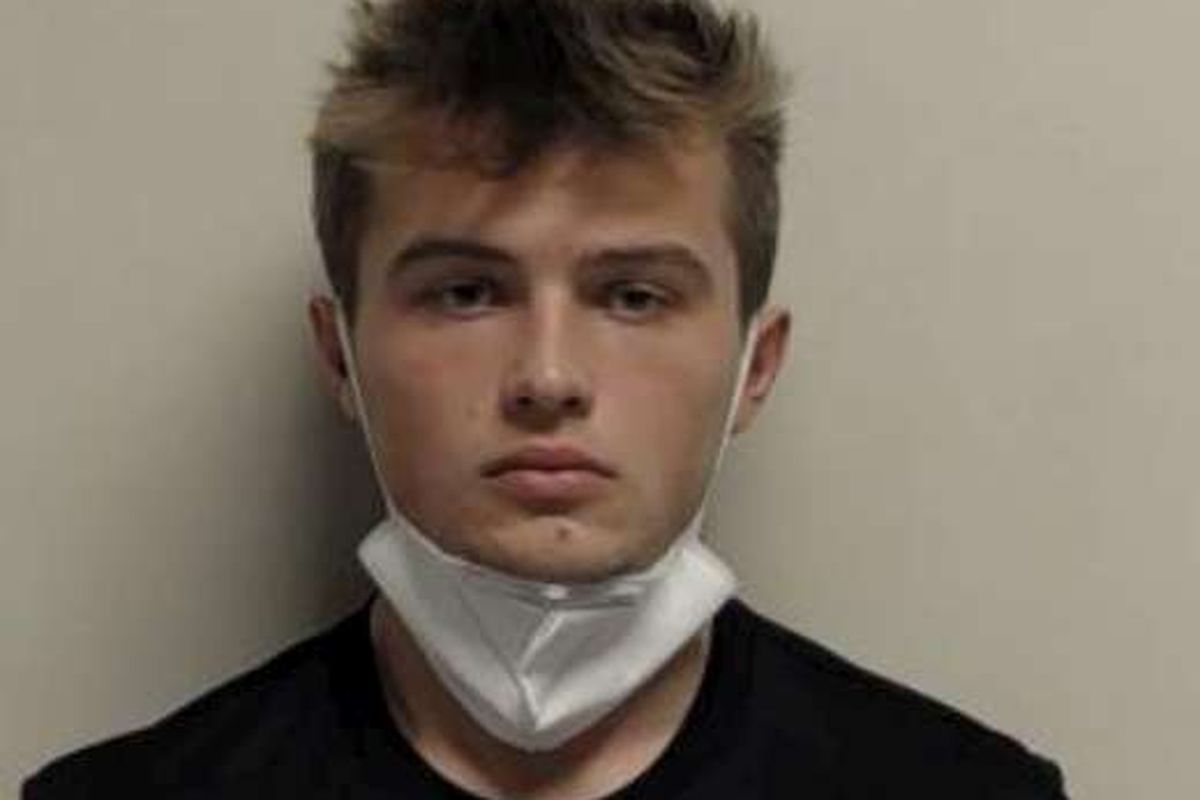 A Utah Valley University soccer player was arrested after police say he shot three BYU students with a BB gun, hitting one in the head.

James “Jamie” Dunning, 18, was booked into the Utah County Jail for investigation of three counts of aggravated assault, a third-degree felony.

According to a police affidavit, Dunning was a passenger in a Nissan Rogue that drove past a group of students standing outside Helaman Halls on the BYU campus shortly after 10 p.m. Sunday. “Several shots were fired by someone inside the vehicle with a CO2 BB Gun pistol,” the affidavit states.

Three students were hit, with one getting struck in the head. According to the affidavit, the one student was struck “three inches above his ear, and the projectile penetrated his skin, which required medical treatment to remove.”

BYU police said Dunning was one of five people inside the Nissan. Each of the participants later told police the BB gun was Dunning’s and that he was the one who fired at the students, according to the affidavit.

Police wrote in the report that the driver of the Nissan yelled at Dunning to stop and even pulled back around to the building to see if anyone was hurt.

“The driver was concerned but Dunning did not want to report the incident and they left the area,” the affidavit states. “Dunning was indifferent about shooting a BB Gun into a group of people and not concerned by any possible injuries that may have been caused from his actions.”

According to the affidavit, one of the passengers told police that Dunning had fired the same BB gun at him earlier in the evening, “breaking the skin and causing the wound to bleed.”

BYU police sent out a “warning notification” to students via text and email Monday afternoon concerning its ongoing investigation into the incident. BYU police later met with Dunning, at which time he admitted to owning and firing the BB gun at “several groups of people” and was subsequently arrested.

UVU spokesperson Scott Trotter confirmed that Dunning is a member of the school’s soccer team. Trotter added, however, that Dunning “has been suspended from the team while the investigation moves forward.”

Dunning played for both Canada’s and the United States’ under-15 and under-17 national soccer teams, as well as FC Dallas Academy and Sparta Rotterdam.