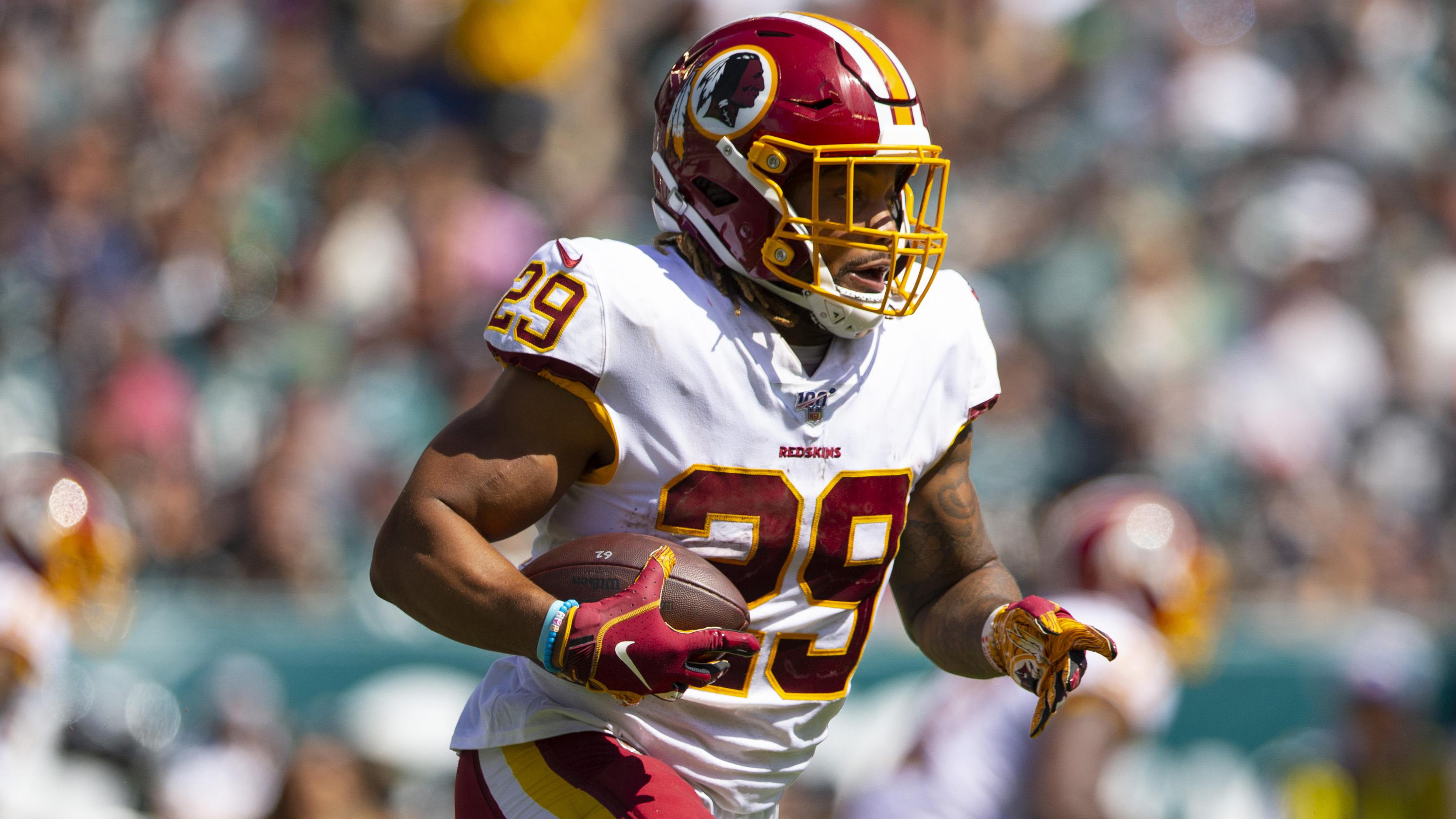 The dramatic fall of 23-year-old former Washington Football Team running back Derrius Guice continued Monday when it was revealed he had been busted for reckless driving in June.

Guice’s latest run-in with the law to come to light surfaces less than two weeks after the was arrested on a slew of domestic violence-related charges, which led to his release from the team.

Guice was spotted driving 95 mph in a 55 mph zone near Dulles International Airport in Virginia and was cited for misdemeanor reckless driving, according to the report. He is slated to appear in court in September, around the same time Washington is scheduled to kick off the season without him.

Guice earlier this month was arrested on one count of strangulation, three counts of assault and battery, and one count of destruction of property. Guice allegedly attacked his girlfriend three times earlier this year, including an incident in which he “strangled her until she was unconscious,” according to court documents.

The former LSU standout turned himself in and was released on $10,000 bond, and has since denied the domestic violence charges through a lawyer.

He was released by Washington shortly after his arrest, while in the middle of a four-year rookie deal that guaranteed him $1.9 million at signing. Guice subsequently went unclaimed on waivers and is now a free agent, although it is unlikely a team will sign him until his legal issues are resolved.

Guice, who showed flashes on the field, including a two-touchdown, 129-yard rushing performance in a November win against Carolina, likely would have battled for the starting job in Washington alongside Adrian Peterson, Peyton Barber, J.D. McKissic, Antonio Gibson and Bryce Love.

USA TODAY began reporting that Guice raped two students while at LSU  Aug. 3, four days before Guice’s arrest, and first interviewed one of the women in January about the alleged rape. That woman detailed her allegations in June as a plaintiff in a lawsuit in which she is listed as a “Jane Doe.”

The woman, a former LSU tennis player, spoke with an investigator for Washington on Aug. 6 – one day before Guice’s arrest and release. The investigator interviewed the woman for three and a half hours, with breaks, over Zoom, asking detailed questions about the sexual assault allegation, the woman said.