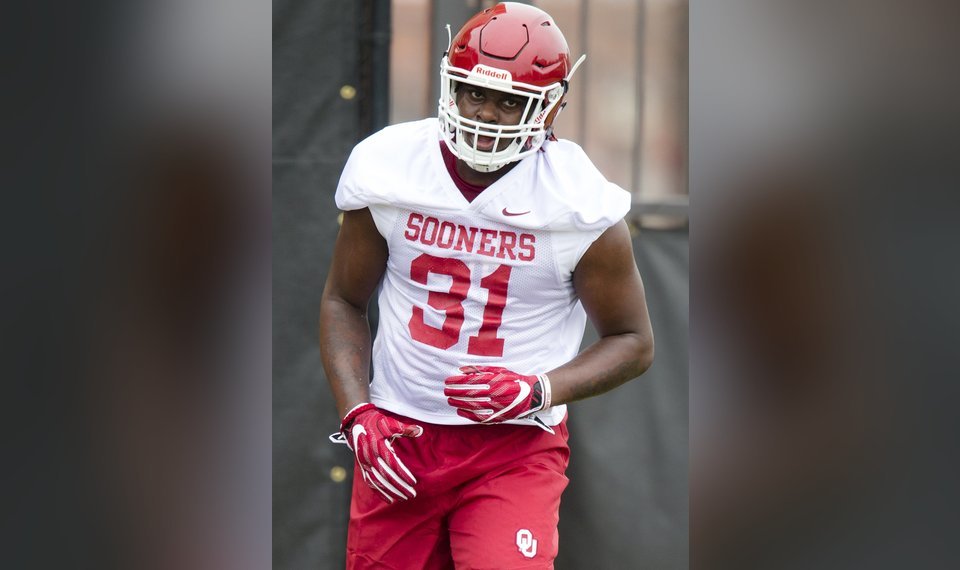 Redmond was pulled over near Elm Avenue and Boyd Street at around 2 a.m. Wednesday. According to the arrest affidavit, Redmond was observed to have bloodshot eyes and smelled of alcohol.

Redmond, 21, admitted to drinking two "Crown and Cokes" according to the affidavit. He was arrested after field sobriety tests and booked into the Cleveland County detention center at 3:34 a.m. where he registered a 0.10 blood level on a breath test, according to online reports.

Redmond is a former Midwest City standout who made four starts last season, including in the Big 12 Championship Game and in the College Football Playoff loss to LSU.

He led the team with 6.5 sacks and was third with 11 tackles for loss.

Redmond's importance figured to be magnified early in the season, when Ronnie Perkins is expected to serve a suspension. Perkins and Redmond were the Sooners' top two pass rushers a year ago.