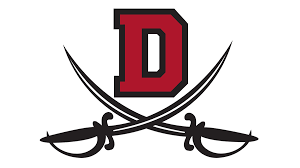 When you talk about an interesting and unique journey, Bloomfield native, Maria Zimdars, has quite the story.  Her basketball career gave her a chance to experience the country over a five-year span.  Growing up in Eastern Montana was only the beginning of her voyage.  It's not only her playing career that is interesting, but it's what went on during and after it was all said and done.  Maria had two knee surgeries and attended 4 different colleges and universities.  Overcoming obstacles, successfully persevering and following her passion, Maria accomplished everything she had set out to accomplish.

She suffered her first torn ACL and meniscus in her senior year of high school.  After graduating from Dawson County High School in 2015, her collegiate journey began.  She signed her official national letter of intent with NCAA Division II school University of Mary in Bismarck, North Dakota.  After experiencing minimal playing time for the Lady Marauders in her freshman year, Maria contacted Dawson Community College women's basketball coach Romeo Lagmay, Jr, whom she met in fall 2014 when Lagmay was beginning his first year at Dawson.  Coach Lagmay and Maria had a healthy discussion on what her options were if she became a Lady Buccaneer for one season.  At that point, Maria signed a NJCAA national letter of intent to play for DCC in the 2016-2017 season.  Maria was DCC's starting center and was an Academic All-American.  She was also part of a team that had the 4th best team gpa in the nation.  That season also stands as the second best overall winning record in the history of the program at 21-10.

After a very successful NAIA six year stint in the state of Alabama at Talladega College, Coach Lagmay used his connections from his successful six year stint in the state of Alabama at Talladega College and helped Maria land a new school by introducing her to Billy Evans, who was a former opponent of Lagmay. Coach Evans was now coaching at the University of Mobile in Alabama, and made the NAIA National Tournament in Billings.  Coach Lagmay recommended Maria meet Coach Evans at Rimrock Arena because the Lady Rams were looking for a strong post player.  In 2017 Maria signed to play for Coach Evans and the University of Mobile with the hopes of returning to the national tournament in her home state of Montana.  Things were looking great until the next obstacle got in the way in the fall of 2017.  Maria suffered her second torn ACL on the left knee, causing her to miss the entire season.  Maria went through the surgery and rehabilitation process again and redshirted that year, helping on the sideline as a student assistant.

After sitting out the 2017-2018 season, Maria came back home to Bloomfield and pondered whether she wanted to continue or not.  She decided to take the fall 2018 semester off.  It was once again, a healthy discussion with Coach Lagmay that Maria realized she still wanted to pursue her basketball goals.  Coach Lagmay invited Maria to be a student assistant coach that fall 2018 semester for Dawson.

Maria then learned Coach Evans was now the head coach at Martin Methodist College in Pulaski, Tennessee, and made the decision to transfer with another chance to play for him and possibly make it to the national tournament in Billings, Montana.  She had to endure sitting out again during the spring 2019 semester due to transfer rules.

Martin Methodist would be her last stop to play college basketball.  Maria made an impact her senior year during the 2019-2020 season, leading her team to a 23 win season and placing second in the championship game of the Southern States Athletic Conference Tournament.  The championship loss gave Martin Methodist a berth in the NAIA National Tournament to be held in Billings, MT.  It was the final year that Billings was scheduled to host the national tournament.  This is what Maria had always longed for since leaving Glendive in 2017.  Everything was going as planned for her to return to Montana to play in front of family and friends until...there was another severe obstacle that emerged.  The Coronavirus Pandemic struck and made an unfortunate impact worldwide.

The NAIA National Tournament was canceled due to the virus, and Maria's hopes of returning to Montana and finishing out her tumultuous career on a high note were crashed.  Maria's journey ended in disappointment and disbelief.  Maria was an Academic All-American at Dawson Community College, University of Mobile and Martin Methodist College.  She hit a game winning shot, played in a championship game, and was on her way to the national tournament in her senior year.  Maria graduated from Dawson with an Associates of Science Degree from Dawson and a Bachelor of Science in Behavioral Science with an emphasis in General Psychology and a minor in Athletic Coaching.

Maria currently resides in Bloomfield, working for her father Ty in Glendive at Paramount Service and Supply.  She is not sure of her next move, but does have plans on furthering her education in either school counseling or sport psychology.  Maria commented, "Basketball has allowed me to grow and see a lot of places I would not have seen otherwise. I am thankful for the opportunities I was given and cannot wait to see where the rest of this journey takes me."