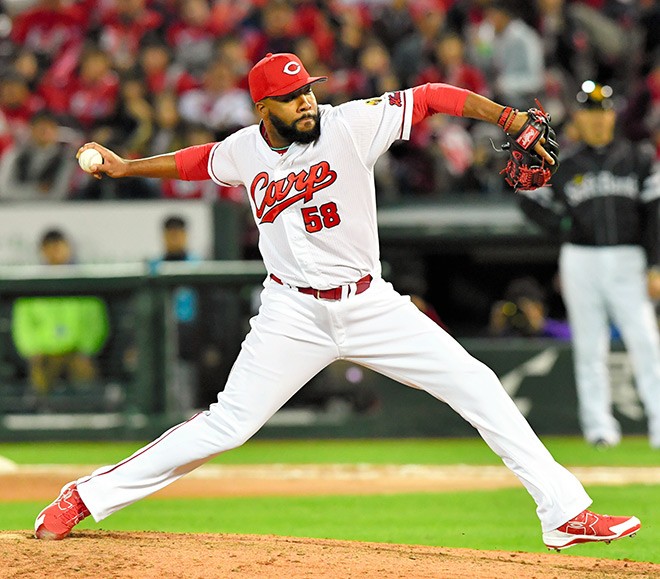 The 32-year-old American, who played for the Hiroshima Carp between 2016 and 2018 and joined the Chiba-based Marines this season, remained silent when asked about the bottles of cannabis concentrate in liquid form allegedly found during a search Tuesday, the Hiroshima prefectural police said.

The police had received information from an informant which led to Jackson's home being searched on Tuesday night shortly after he had pitched one scoreless inning in the Marines' 8-6 win over the Seibu Lions. The following day, the relief pitcher asked the team to release him.

The Pacific League club said Thursday it accommodated the player's request to be released, and Naoki Matsumoto, director of baseball operations, spoke to reporters at Zozo Marine Stadium and expressed his regret on behalf of the team.

Matsumoto said all players and team staff members will undergo a urine drug screening starting Friday, and the team is considering education requirements for foreign players to ensure compliance.

Jackson joined the Milwaukee Brewers on a minor-league deal in 2019 after he was unable to secure a contract in Japan. The right-hander appeared in 28 games for the Brewers, recording a 4.45 ERA in 30.1 innings. He became a free agent in October and reached an agreement with Lotte in December.