UHH Standout Allie Navarette transferred because she was bullied 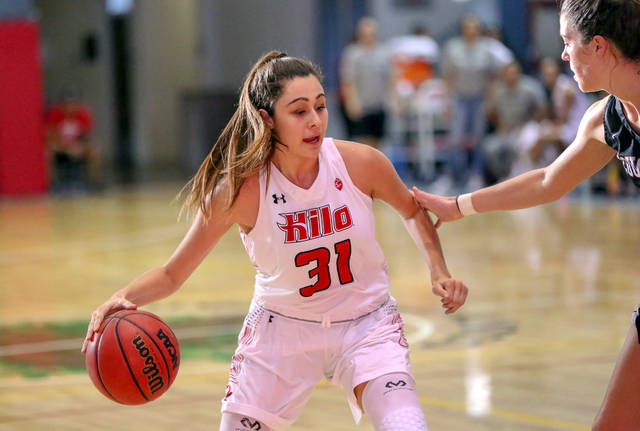 Allie Navarette @allienavarette, the record-setting UH-Hilo @HiloVulcans women’s basketball player, claimed her experience of “treatment from teammates that only got worse” led to her decision to transfer to Metropolitan State University in Denver.

Navarette, a 6-foot senior from Manhattan Beach, Calif., has one year of eligibility remaining for the Roadrunners, who went 13-16 last season, and will not have to miss a season since she transferred out of the Pacific West Conference. Metro State announced the addition of the “top transfer” after the Vulcans released her from her scholarship in April. She holds 19 UHH school records, including points at 1,398, a scoring average of 18.6, total rebounds (685), free throw percentage (.843), and single-game scoring (34) and rebounds (19).

When asked specifically about the treatment she received, Navarette cited bullying. “I can only speak for myself, but when you’re from the mainland, you get treated differently. It was a lot of treatment from the local players. I told him (coach Dave Kaneshiro) multiple times over three years.” Outside of basketball, Navarette has fond memories of Hilo and the community.

Kaneshiro said Navarette told him she wanted to leave in March and brought up some issues. “She brought some details to my attention, and they were addressed. I’ll leave it at that. I’m focused on the program. We have good people, off the court and in the classroom," he stated.

UHH athletic director Pat Guillen said Navarette spoke to him after she made her decision to leave. “The bottom line is she didn’t get along with some players,” Guillen said. “I don’t know to what extent. There are always challenges sometimes with team chemistry. She couldn’t work through it with the coach and players.”