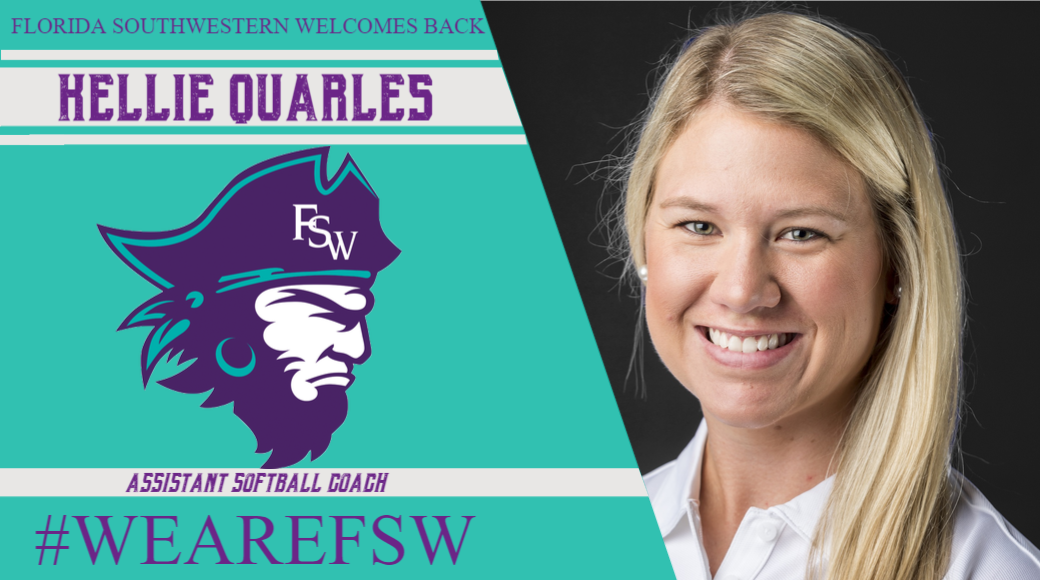 After spending a year in the ACC with Duke University, the Florida SouthWestern Softball team is happy to announce that Coach Kellie Quarles is rejoining the Buccaneer staff as an Assistant Coach for the 2020-2021 season.

Quarles returns to FSW after helping Duke to their best start in their young program history this season as the Blue Devils raced out to a 23-4 start to the year before having the remainder of it cancelled due to COVID-19.  With Quarles on staff, the Blue Devils were hitting .319 as a team, 54 points  higher than their previous best team mark, while clubbing a program record 26 home runs despite playing just half a season.

Before making her way to Durham, Quarles spent three highly successful seasons on the FSW bench aside Head Coach Robert Iamurri.  FSW was 173-15 overall and 56-4 in Suncoast Conference play during Quarles’ three seasons in Fort Myers.  She helped the Bucs to a pair of State Championships and two trips to the NJCAA National Tournament during her first stint.  In her three years in charge of the FSW offensive attack, the Buccaneers hit a combined .390 while averaging 36 home runs per season.

Quarles will return to an FSW squad primed for another big season in 2021.  The Bucs finished their shortened 2020 season 23-2 and will return nearly all of their offensive firepower from a season ago including Lindsey Corbin, Feline Poot, Natavia Ellis, and Taylor Jensen, each of whom hit better than .425 this season while combining for 21 home runs and 130 RBIs in just 25 games this season.