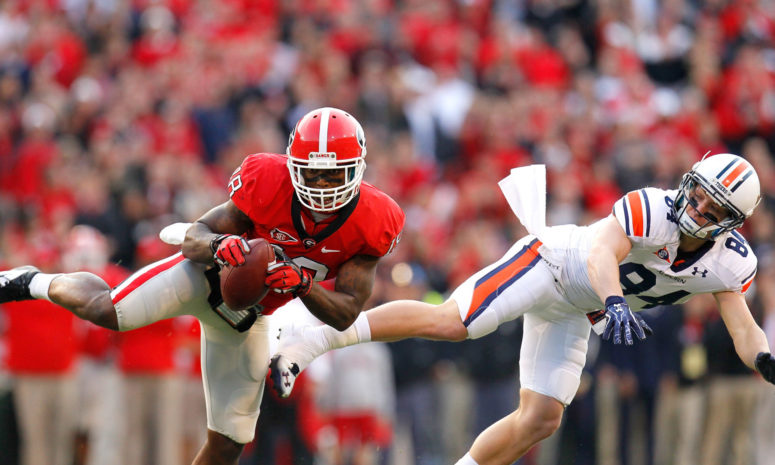 Former University of Georgia football standout and NFL player Bacarri Rambo was granted bond Monday following his arrest on a charge of rape.

Rambo’s bond was set at $20,000 when he appeared Monday morning in Athens-Clarke County Superior Court, according to his attorney.

He is banned from Clarke County except for visits to his attorney or medical reasons, and he may not have any contact with the accuser or with three witnesses in the case.

The police began an investigation into the alleged incident last Saturday (June 13). The police department’s field case report, obtained by DawgNation, reflected a time of 1:17 a.m.

Rambo, who has been in the county jail since his June 15 arrest, intends to post bond by the end of the day, Stephens said. He had not been released as of noon.

The alleged incident was reported as involving a 21-year-old female victim and occurred at a downtown residence, per an Athens-Clarke County release issued on Tuesday.

Subsequent to the investigation, a warrant was issued and Rambo was arrested on a rape charge at 10:02 p.m. on Monday night and booked into the Clarke County Jail.

The alleged incident happen on Friday.

“Basically she says she didn’t consent to intercourse to some degree and he says that she did,” said attorney Kim Stephens, adding that they’re in the process of trying to get a bond hearing set.

In addition to Rambo and the alleged victim, three other subjects were listed in the field report, a 22-year-old female and men aged 21 and 22.

Rambo, a player with the Bulldogs from 2009 through 2012, was on staff last season as a graduate assistant. Rambo was no longer with the program after the Sugar Bowl, according to team officials.

He is enrolled as a student at UGA, where he is completing work toward a degree.

The 29-year-old Rambo shares Georgia’s all-time career interceptions record (16) with two other players. He was named a first-team All-American following his junior season in 2011.

A former safety, Rambo was a sixth-round NFL draft pick of the Washington Redskins in 2013, spending two seasons with that franchise before moving on to Buffalo.