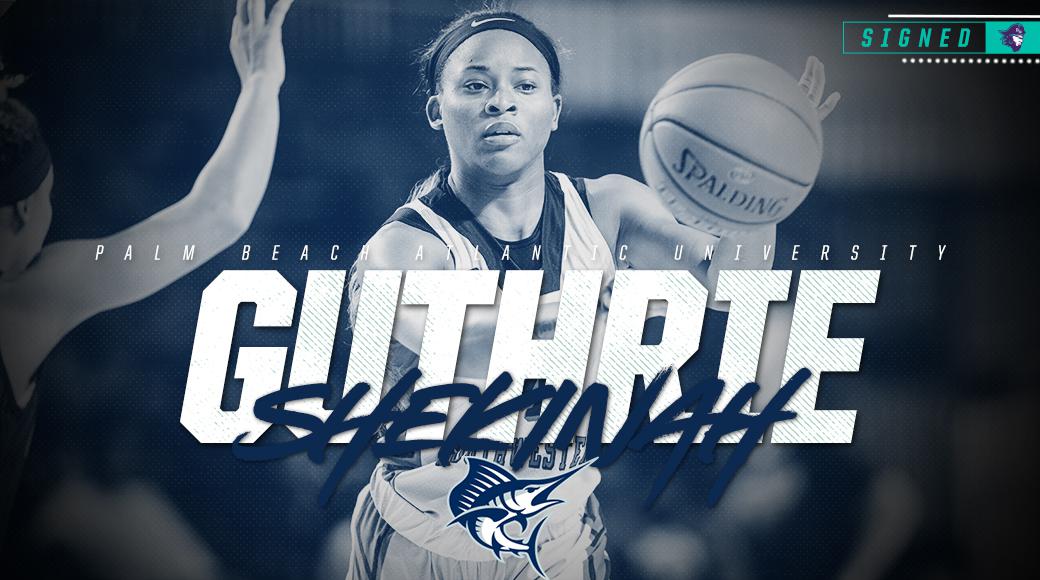 After two seasons on the Gulf Coast at Florida SouthWestern, Buccaneer sophomore Shekinah Guthrie will head to the other side of the state next season after signing with Palm Beach Atlantic University.

Guthrie played in 64 games over the past two seasons for the Bucs, helping them to a pair of Suncoast Conference Championships and their first two NJCAA National Tournament berths in program history.  As a sophomore this season she averaged 6.0 points and 5.5 rebounds per game for the Bucs.  She put together her best game of the season in early January, going for 14 points and 9 rebounds in a win over Dayton State.  She ranks 5th in program history in steals with 82, 6th in rebounds and assists with 327 and 98 respectively and is 9th in field goal percentage at .420. Her 20 rebounds as a freshman against DME Academy are a single game program record.

Guthrie will look to bring her winning ways to the Palm Beach Atlantic program that had their struggles last season, going just 4-23 overall and 2-18 in Sunshine State Conference action.