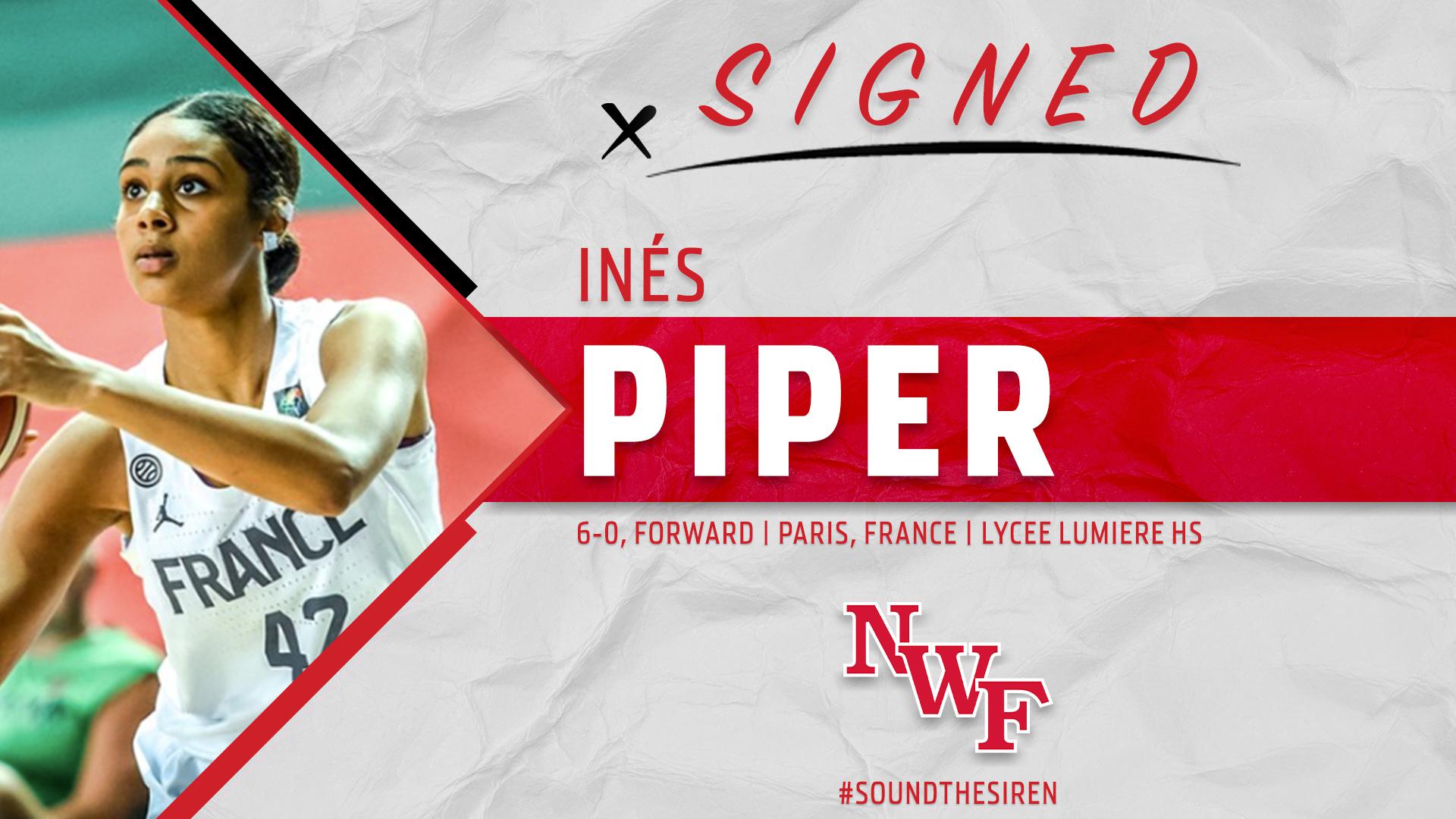 Piper, a 6-foot forward from Paris, France, was a member of the French U16 National Team during the 2018 European Championships. She averaged 2.9 points and 1.9 rebounds in 10.4 minutes per game during the event.

“Inès a is very long, athletic guard who has played in multiple international competitions,” Walker said. “She can play multiple positions and brings a lot versatility and athleticism to our team.”

Piper was ranked the 105th prospect in the class of 2020 by World Exposure Report. Her father, Fred, played four seasons and Northwestern State in Natchitoches, Louisiana before playing professionally in Europe. He was inducted into the school’s N-Club Hall of Fame in 2006. Piper’s mother and sister also played professionally in France. Her sister, Sabrina Piper, is currently a player at Siena. She was the only Saint to appear and start in all 30 games.