University of Redlands football coach placed on leave after tweet 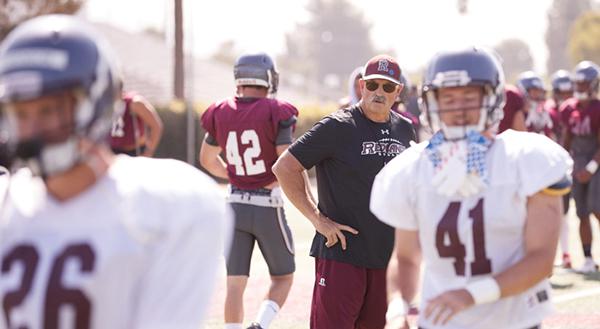 Mike Maynard, head football coach at the University of Redlands in Southern California, was placed on administrative leave Saturday because of a social media post “that has been causing distress in our community,’’ athletic director Jeff Martinez announced.

Earlier this week, Maynard commented on a video showing an explosive detonating inside a car during protests in Riverside, California, replying to the post with: “What kind of bomb? I want one of those.’’

Maynard, who has a record of 206–91–1 in 32 years as head coach at the Division III school, issued an apology on Wednesday, writing on Twitter: “Let me apologize for an unintentional reply I made (in error) to a friend who messaged to tell me to be careful, stay inside and defend my property. Those who know me know that I believe in Criminal Justice Reform and that all men are created in that awesome likeness of God.’’

The school’s Senior Diversity and Inclusion Officer will lead a formal review of the matter at the request of the school’s dean, Donna Eddleman, according to Martinez.