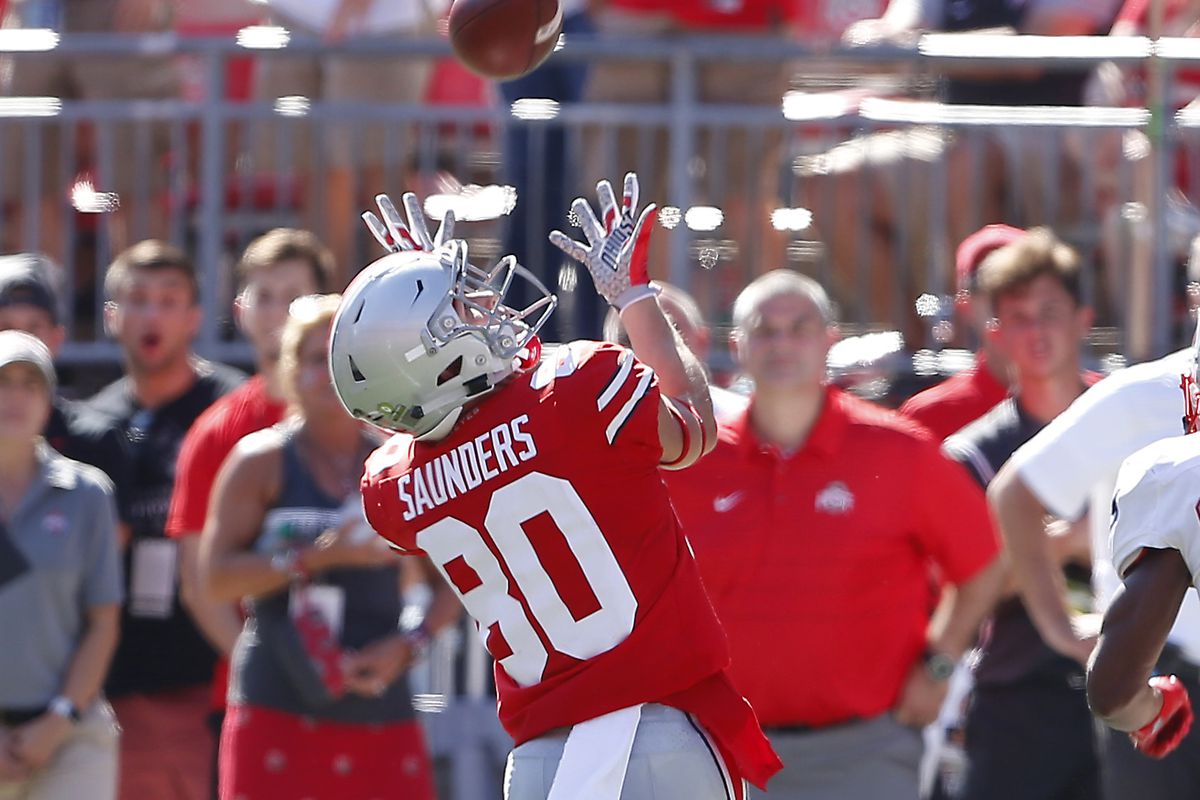 Saunders was arrested by Columbus Police Department officers at 10:45 p.m. Monday for violating the 10 p.m. curfew. Saunders, a Buckeye team captain who is white, spoke on Tuesday at a “Kneel for Nine” demonstration at the Jesse Owens Plaza outside Ohio Stadium.

Saunders is a former walk-on who earned a scholarship in 2018. He missed the entire 2019 season due to a knee injury and has petitioned the NCAA for a medical hardship waiver granting a sixth year of eligibility.