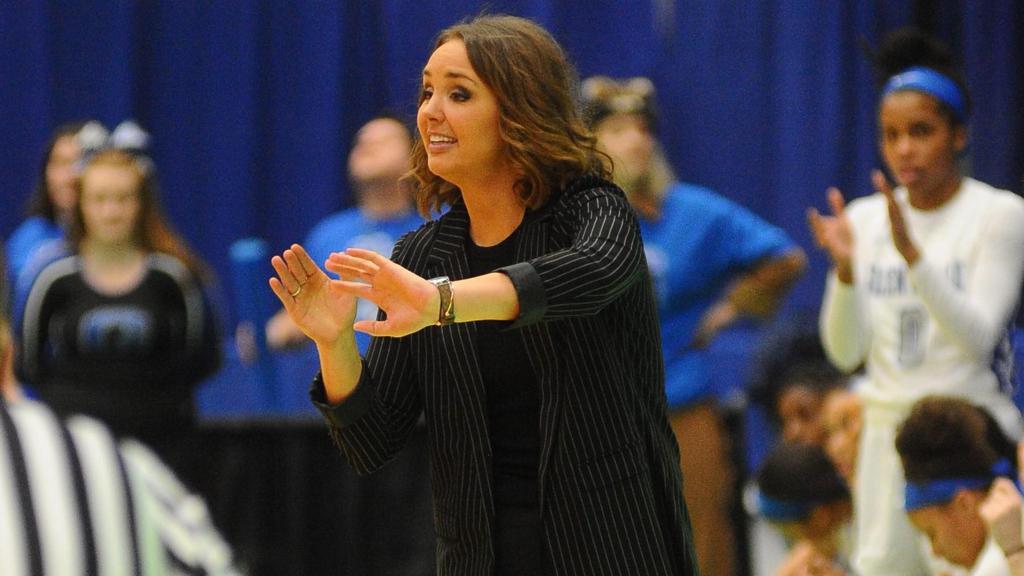 Stephens helped GSC go 26-5 (which is the fourth straight year her and the Lady Pioneers have won 24 plus games). Glenville State also claimed their fourth consecutive MEC Regular Season Title while also winning their third straight MEC Tournament Championship. They also earned their fourth straight NCAA DII Tournament bid. Her teams have finished No. 1 in scoring offense in four of the past five seasons. The year they did not finished No. 1 was the 2017-18 season. That season the Lady Pioneers finished second in the nation (Ashland 98.5 ppg and Glenville State 98.4). 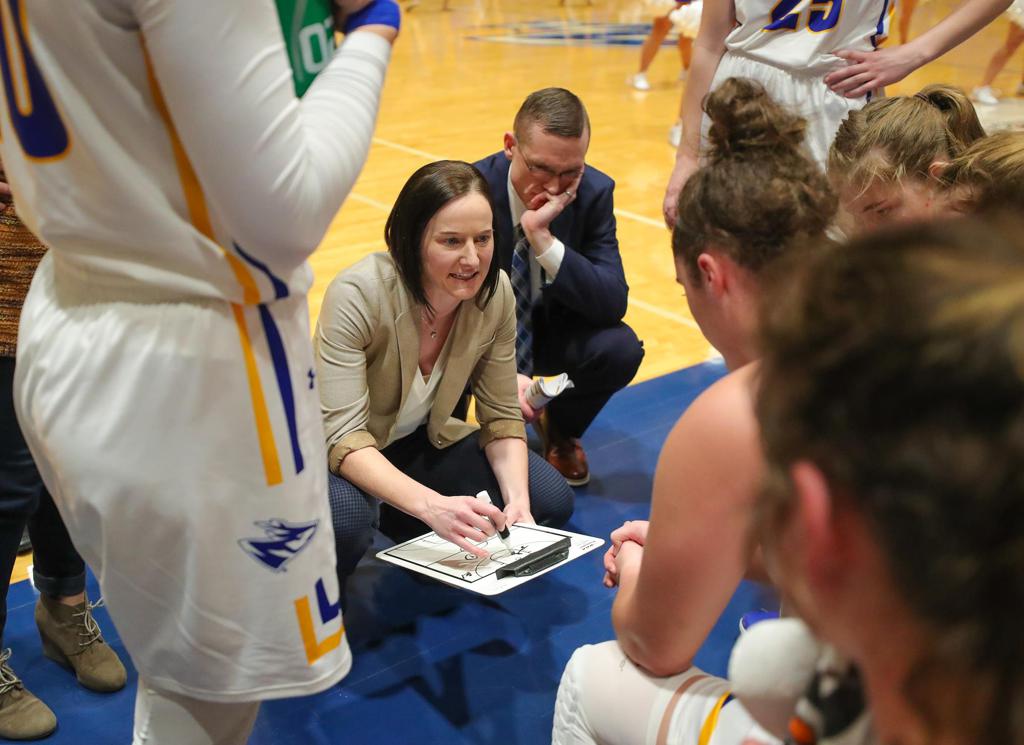 Eighmey team were picked sixth in the preseason MIAA polls, but finished 26-5 (14-5; 3rd place in the MIAA). UNK led the MIAA in eight different categories including assists (16.8), field goal pct. (46.0) and field goal pct. defense (36.2). Her team was nationally-ranked for the first time in 11 years and earned their highest NCAA regional ranking in a decade. 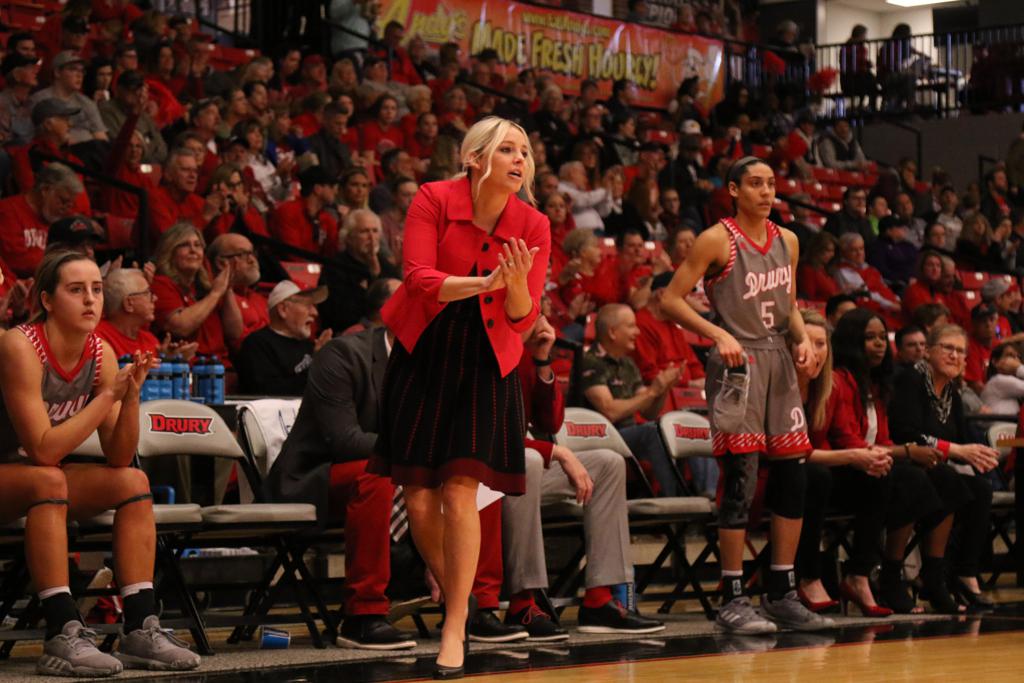 Molly Miller completed her sixth season as coach of the Drury Lady Panthers and has put together a record of 180-17 (.913). Her Lady Panthers completed the 2019-20 season 32-0, won the GLVC regular season title going undefeated in league play for the second year in a row, won the GLVC tournament for the fourth straight season, and the squad has been ranked number one in the NCAA-II coaches' poll from the preseason ranking in October through its most recent poll on March 9, 2020.This year marked the first time in league history a team has gone undefeated in the conference for a second-straight year 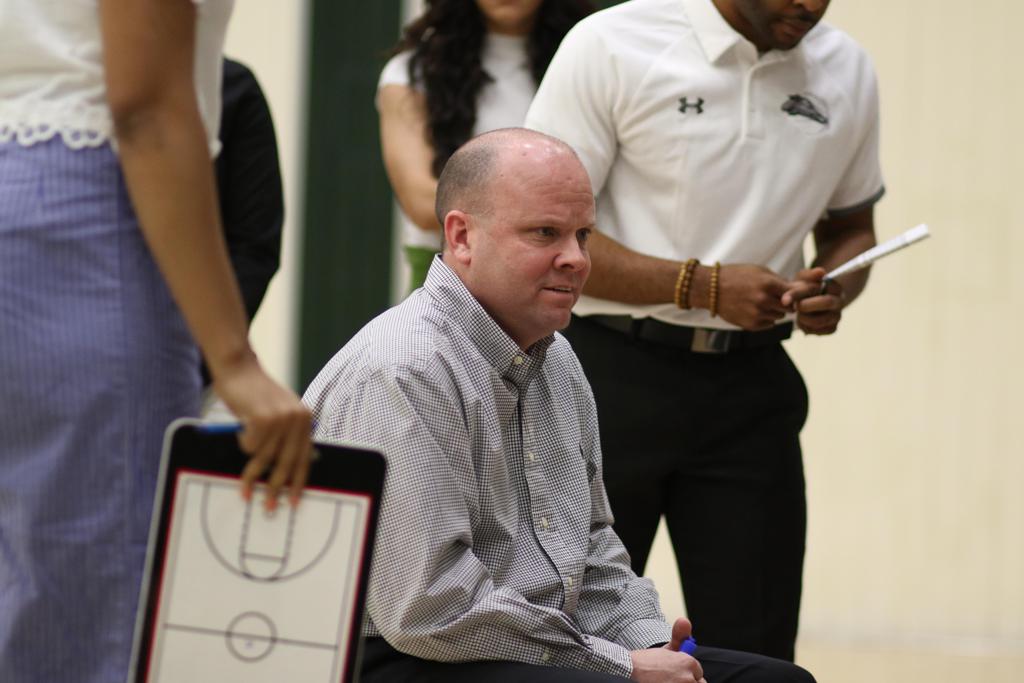 Coach Prock earned his 200th career win and 100th win at Eastern New Mexico University this last season after guiding the Greyhounds to their third selection into the South Central Regional Tournament in the last four years. The Hounds recorded the second highest win total in program history with a record of 22-9 and set the program record for total rebounds (1,392) and scoring defense (59.3) in a season. Eastern New Mexico finished the season ranked second in the Lone Star Conference in rebounding offense (44.9) and had three players named All-LSC Second Team honorees in Natalie DeLonge, Alivia Lewis and Zamorye Cox. Prock also earned his first postseason win as Eastern New Mexico head coach with a 70-52 win over Oklahoma Christian and then produced the LSC Tournament’s lone upset, taking down no. 4 seeded Tarleton State by a final score of 66-62.