Why do African- American student athletes get falsely accused of crimes? 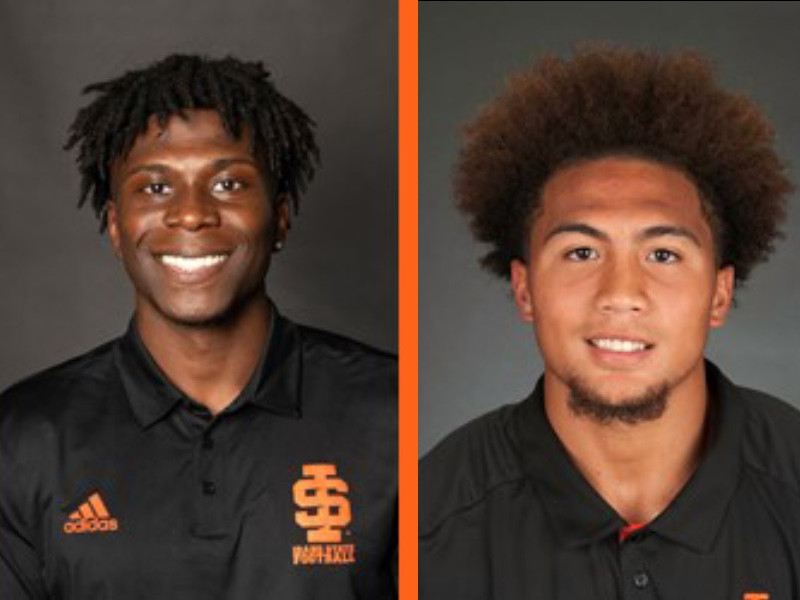 Crime is pervasive in all of sports, and is a disturbing tread that cannot be ignored. Some athletes are drug abusers, kidnappers, rapists, and murderers. Study shows that an athlete a commits one in three sexual assaults that occur on Division 1 campuses. In addition, in the NFL, study shows that one in five NFL players have been charged with a crime.

But what about the African American student athletes that are falsely accused of crimes!? Why does it happen time after time?  When will police, judicial systems, and campus police stop racial profiling? BECAUSE IT NEEDS TO STOP!!!!

This week, two athletes received settlements because they were falsely accused of crimes.

Two black members of the 2016 Idaho State University football team have so far received a combined sum of over $31,000 as a result of settling their civil rights lawsuit filed against law enforcement agencies in Idaho and Utah alleging they were victims of false arrest, illegal search and seizure and excessive force based on their race during a 2016 Malad bank robbery investigation.

Box Elder County in Utah, which is southwest of Preston near the Idaho border, has agreed to a settlement that includes $5,100 payments to each of the plaintiffs, current ISU football player Nehemiah McFarlin and former player Atoatasi Fox, The Standard-Examiner newspaper in Ogden, Utah, reported on Monday. Both men were members of the 2016 ISU football team.

The state of Utah, acting on behalf of the Utah Highway Patrol, previously settled with Fox and McFarlin for a total of $21,000.

Fox and McFarlin’s lawsuit accused Box Elder County, Oneida County in Idaho and the Utah Highway Patrol of violating their civil rights. The plaintiffs claimed they were detained, arrested and then threatened by law enforcement for more than 24 hours while in police custody in Utah’s Box Elder County after being accused of robbing a Malad bank in Oneida County in December 2016.

Fox and McFarlin were arrested on Dec. 14, 2016, as part of the bank robbery investigation while traveling in the same vehicle on Interstate 15 during ISU's holiday break. They were headed from the university's Pocatello campus to California when Utah Highway Patrol troopers pulled over their vehicle on the interstate in Box Elder County.

Despite presenting alibis demonstrating they had not robbed the U.S. Bank in Malad, Fox and McFarlin were arrested because a teller at the bank said the robber was black and drove away in a white car, the lawsuit said.

McFarlin’s car in which Fox was a passenger was white but otherwise did not match the description of the car used in the bank robbery, the lawsuit said.

After being arrested both Fox and McFarlin were held overnight at the Box Elder County Jail in Brigham City, Utah, until authorities cleared them on Dec. 15, 2016, of being involved in the bank robbery.

“Other than being ‘black,’ neither McFarlin nor Fox matched the description of the robbery participant,” the lawsuit stated.

Dakota Shareef Walker, the then 20-year-old black man from Topeka, Kansas, who did rob the U.S. Bank in Malad and four other U.S. Bank branches in four different states as well as a Wells Fargo Bank in Preston — was arrested and federally indicted for the first of those six robberies less than a month after McFarlin and Fox were taken into custody by the Utah Highway Patrol and held overnight at the Box Elder County Jail.

Walker pleaded guilty to the six bank robberies in January 2018 and was sentenced to serve over six years in federal prison in August 2018 and ordered to pay over $24,000 in fines and restitution.

Oneida County is representing the Oneida County Sheriff's Office, which was also involved in the Malad bank robbery investigation.

Box Elder County attorneys could not be immediately reached for comment regarding the settlement of the lawsuit filed by Fox and McFarlin.

The Standard-Examiner reported that it contacted Box Elder County Chief Deputy Sheriff Dale Ward about the settlement but he said he had not yet been notified about it.

The Associated Press contributed to this report.