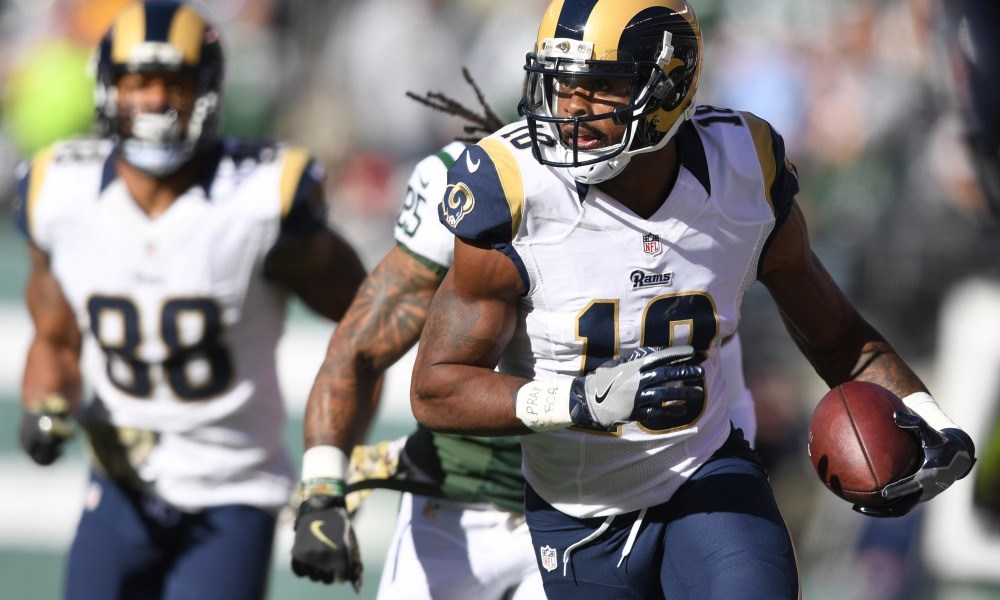 Britt, who played in the NFL from 2009 to 2017 with the Tennesse Titans, Los Angeles Rames, Cleveland Browns and New England Patriots, was arrested after a traffic stop in Bayonne, police Capt. Eric Amato said. Officers smelled a strong odor of marijuana emanating from his vehicle, according to NJ.com.

Britt was charged with possession of 50 grams or less of marijuana and was given a summons for possession of a controlled dangerous substance in a vehicle and obstructing the passage of other vehicles, police said. He was released from custody on a summons, according to NJ.com.

The 31-year-old lives in Nashville, Tenn., but was a standout player at Bayonne High School before going off to Rutgers. The Titans selected him with the No. 30 pick in the 2009 draft.

Britt pleaded guilty to careless driving in Bayonne in June 2011 after he was caught driving 71 mph in a 50 mph zone. One day later, he was charged with resisting arrest in Hoboken but eventually pleaded guilty to disturbing the peace.