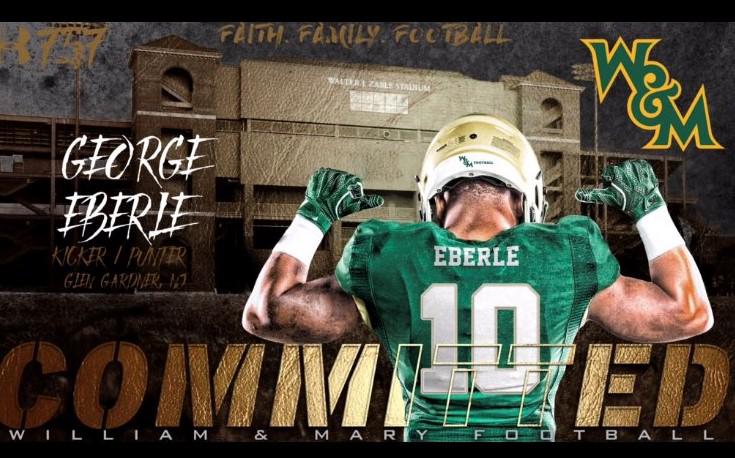 William & Mary football player is facing serious allegations which landed him in jail over the weekend.

Police said officers were called to the 200 block of Matoaka Court to investigate a breaking and entering call at 2:45 a.m. Saturday.

Heilman said the two did not know each other and police reports show they are both students at William & Mary.

Heilman said there was no damage to the home and no injuries were reported.

Eberle was arrested later that morning and was taken to the Virginia Peninsula Regional Jail. He was released Monday on a $10,000 bond.

Heilman said Eberle did not undergo a Breathalyzer test at the time of his arrest.

Eberle, who is from Califon, New Jersey, is a freshman at William & Mary. He’s a kicker on the college’s football team. He was named to Hero Sports 2019 HERO Sports Freshman All-American Team.

“The university is aware of the student arrest and we have been cooperating with the appropriate authorities. In accordance with federal privacy laws and university policy, we do not comment on student disciplinary matters. Williamsburg Police is the investigating agency so any questions related to the case should go to them.”